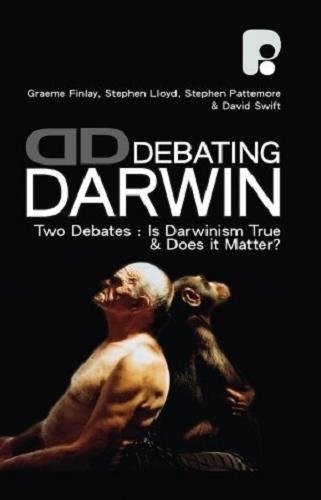 Debating Darwin: Two Debates: Is Darwinism True and Does it Matter?

This readable book addresses in debate-format the evolution-controversy among Christians; the first four chapters address theology, the last four science. After a helpful introduction coauthored by Finlay (evolutionist) and Swift (non-evolutionist), Lloyd develops three doctrinal arguments for the incompatibility of Christianity and neo-Darwinism, viz., historicity of Adam; global flood; and the origin of suffering. This is followed, in chapter 2, by Finlay and Pattemore, who argue for compatibility, emphasizing the importance of sound epistemology and textual hermeneutics. Specifically, Genesis 1–11 is a theological polemic against Israel’s pagan neighbors, nota historical document. The three authors trade responses in the next two chapters (3–4). Lloyd’s rejoinder in chapter 3 is insightful, noting for instance that literary textual features do not entail ahistoricity. For him, Finlay and Pattemore grant much more epistemic authority to science than is theologically warranted. Conversely, Finlay and Pattemore suggest that Lloyd ignores the hermeneutical significance of literary genre, dismisses overwhelming evidence in the historical sciences (cosmology, archeology, geology, etc.), and adopts a “cyclic” instead of a “linearly progressive” view of biblical narrative. The second half of the book is on science. Arguing for incompatibility, Swift stresses irreducible complexity, the micro- vs. macroevolution distinction, and problems with arguments from homology. In chapter 6, Finlay marshals an impressive array of evidence for neo-Darwinism (e.g., genetic markers like endogenous retroviruses and jumping genes). Counter-responses in chapters 7–8 conclude the book. While Finlay and Pattemore raise valid hermeneutical cautions in Part I, it is not clear that they adequately address the central theological concerns of Lloyd; and yet Swift’s reply in Part II does not seem to do justice to Finlay’s multi-faceted scientific argument for neo-Darwinism. In sum, the book does not resolve all the issues, but it succeeds as a respectful, stimulating, and instructive entry into an important conversation.