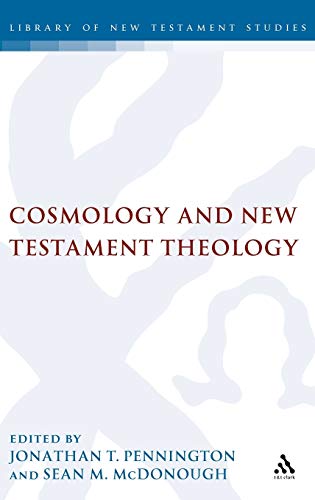 That the New Testament authors had their own preconceived notions about how the physical universe came to be and how it is structured (i.e. ‘cosmology’) is hardly contestable. But if the books of the New Testament are studied with a view towards how this drives the plot of the story or rhetoric of the argument, then one can observe the use of cosmological language to ‘inform and affect the author’s theological point(s)’ (p. 4). This collection of essays commences with this approach in mind. One author articulates this well by pointing to the difference and yet the close relationship between Weltbild (how the universe is depicted) and Weltanschauung (the ‘worldview’ based on the Weltbild). In eleven formative chapters, then, the books of the New Testament are investigated with a view towards discerning how cosmology informs theology. A preliminary chapter on ‘Graeco-Roman and Ancient Jewish Cosmology’ by Edward Adams sets the backdrop for the discussion. The biblical contributions include essays by Michael F. Bird (Mark), Steven Walton (Luke/Acts), and Jon Laansma (Hebrews) as well as a number of other budding scholars.

In such a short space, a detailed review of the essays is not possible. Here it will suffice to note several interesting commonalities among the chapters. In the first place, it becomes clear that the cosmology of the Old Testament and early Judaism appears to be more influential to the particular beliefs and symbolic world-constructs of the New Testament writers than that of the Graeco-Roman world. The Old Testament texts themselves, as it were, appear to be the largest fund of cosmological symbols. Flowing from this, several contributors make connections to Jewish protology and especially echoes of the Genesis account of creation (see, e.g., pp. 39, 172). This fits nicely as well with the close relationship between cosmology and eschatology (which often is expressed in neo-protological terms like ‘new creation’ [p. 103]). Finally, and perhaps most importantly, there is a consistent Christocentrism detected in New Testament cosmology where Jesus is creator, the redeemer of the world (kosmos), the portal between heaven and earth, the victor over malevolent cosmological powers, and the one whose death and resurrection apocalyptically transformed every square inch of the universe.

Though the theological insights in this book are numerous, several questions came to mind as I progressed through it. In terms of methodology, it appears a bit vague as to what the limits of the meaning of ‘cosmology’ are. Does cosmology refer to just physical inanimate elements (i.e., heavens, earth, underworld), or should we include supernatural beings (such as demons and angels)? On methodology, I would have enjoyed some reflection on whether or (perhaps more properly) how genre affects the theological import of cosmological language. In terms of prominent themes, I was particularly impressed by those who pointed to the connection between cosmology and cult (especially so-called ‘temple cosmology’; see pp. 53–55 [Gospel of Mark], 129 [Hebrews]). Is this significant elsewhere in the New Testament as well? Also, what is the role of the Holy Spirit vis-à-vis the redemption of the cosmos and new creation? Collections of essays of this sort tend to be thick with description and thin with synthesis and analysis. Though I was encouraged by the presence of a concluding chapter that attempted to find the golden threads running through the chapters, I think more could have been done in a final review of the essays.

This very timely book draws attention to a yet under-explored area and comes a long way in filling the gap. As researchers continue to plumb the New Testament books’ cosmological depths, this well written resource will offer much guidance.