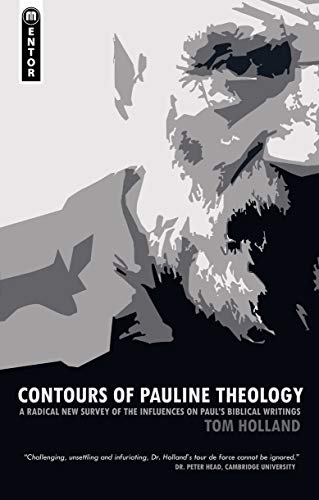 CONTOURS OF PAULINE THEOLOGY: A RADICAL NEW SURVEY OF THE INFLUENCES ON PAUL’S BIBLICAL WRITINGS

Tom Holland of the Evangelical Theological College of Wales here offers an interesting thesis about the origin and centre of Paul’s theology. He sets out in section one with an exploration of the heritage of Paul. Holland argues rightly that the Scriptures of Israel are of prime importance, claiming that ‘Paul continually refers to the great themes of the promises made by the prophets when they spoke of a coming New Exodus’ (43). Holland argues that early Judaism had a high expectation of a new exodus. In further chapters he describes his methodological presuppositions (including an interesting discussion of the role the Jewish pseudepigrapha play in NT research) and on Paul’s references to believers as slaves.

Section two, ‘Passover and Community’ relates the identification of the church as a paschal community to anthropology and hamartiology, to eschatology and to baptism (Paul’s teaching is modeled on the Exodus event when Israel nationally was baptised unto Moses, ‘Paul was speaking of the formation of the eschatological community rather than about individual Christian experience’, 289). Holland rightly argues for a more corporate understanding of humans, of the church and of her experience of God.

The fourth section is devoted to the link between Paul’s christology and the Passover. The death of Jesus is the fulfilment of the Passover. While a link between both is evident from the gospel accounts, Jesus also speaks of a new covenant. Holland relates the significance of the firstborn son to the Jewish cult and to the reference of Jesus as the firstborn the Colossian hymn. Holland concludes that:

two major lenses have been missing from virtually all NT exegesis and that their absence has had a detrimental effect on properly appreciating the message of Paul. The first is the lens of the Passover and the second is the lens of a corporate reading of the texts. The rediscovery of these two factors bring a far more coherent understanding of the teaching of the apostle in the areas of Christology, salvation and anthropology (219).

Holland adds four appendices. The bibliography (with many mistakes!) and various indexes round off the volume.

While Holland is certainly right in looking for the origin and determining factors of Paul’s theology in his OT background, he has not fully succeeded in arguing his case for the Passover/new exodus as the matrix of Pauline theology and as the key to unlock many a vexed problem. My impression is that he overstates the evidence (‘exodus’ occurs only once in the NT with reference to the OT exodus events, Heb. 11:22; Paul only once directly refers to the Passover in 1 Cor. 5:7; in 1 Cor. 10:1–10—more an illustration than the core of Paul’s argument—the focus is on Israel’s experiences in the desert, rather than the actual exodus). Holland pursues far too many agendas (most of them worthwhile and correct in themselves!) at a time, rather than arguing one case in sufficient depth. Yet he has pointed to an interesting and important motif in the OT, in early Judaism and in Paul’s theology, which needs to be studied more systematically and in depth. Many of his challenges of recent scholarship on Paul and suggestions of his own are worth pondering.