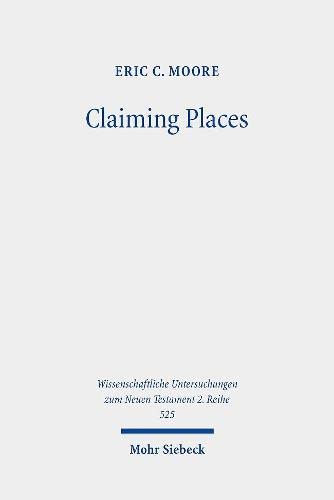 Claiming Places: Reading Acts through the Lens of Ancient Colonization

This thoughtful and readable study has enriched my understanding of the cultural world(s) in which Luke wrote, and illuminates Acts by its comparison with ancient accounts of colonization. It is a revised version of a PhD dissertation supervised by Carl Holladay at Emory University. It is very well organised and clearly written.

Dr Moore sets the scene (Introduction) by introducing colonization as a framework for reading Acts. By “colonization” he means “the establishment of new cities in the ancient Mediterranean world” (p. 2). He is not suggesting that this framework was consciously in Luke’s mind as he composed Acts; rather, he is looking at Acts as “a story about community replication” (p. 1), and thus reads Acts in conversation with the ancient topos of community or civic origins. He argues (cogently, I think) that this is helpful to understanding the cultural expectations which readers/hearers might bring to Acts.

He provides the customary literature review to locate his work (ch. 1), discussing works on the genre of (Luke-)Acts and the geography of the double-work, before turning to studies of ancient cult/community formation across the Greek world, in Paul, and in Acts. He reiterates that his focus is not on genre or geography, but on reading Acts through the lens of colonization.

A major study of colonization follows (ch. 2, 51 pp.), first identifying three major motifs found in colonization stories: the community’s origins, with the aim of legitimizing the community; divine sanction for the foundation of the community, frequently through oracles; and the founder(s) of the community, who act with a divine calling, and frequently are somewhat surprised at that calling. Dr Moore then works carefully through a series of case studies during the archaic period (Gela, Rhegion, Croton, Syracuse, Cyrene), the classical period (Amphipolis, Epidamnus, both colonies of Thracian Chersonese), and the Hellenistic period (Egyptian Alexandria, and cities in Syria and Anatolia founded by Seleucus Nicator), before turning to the colonization/foundation of Rome itself. He shows well how his three motifs are seen across this wide historical period, and in different geographical settings.

The rest of the book applies this analysis of colonization to reading Acts, arguing throughout that the three major motifs are seen in sections of Acts that focus on new communities of believers. Acts 1–5 is his first focus (ch. 3), identifying Jesus himself as the founder of the believing community in Jerusalem, and the apostles as further founding figures (pp. 88–92), the origins of the community in Jerusalem (pp. 92–93), and the work of the Holy Spirit, announced by Jesus (1:4–8), as providing divine sanction for the community (pp. 93–97). A substantial discussion of the list of nations in 2:9–11 concludes that this maps a representative and wide colonizing claim (pp. 97–105). The work of the apostles as founding figures then develops in Acts 3–5, supported by divine sanction through the Spirit’s work in doing wonders and signs (e.g., 4:31; 5:12), and the “institution” of sharing possessions demonstrates the fruitfulness of the colonization process.

The foundation of the believing community in Syrian Antioch is the focus of Dr Moore’s next study (ch. 4, looking at 11:19–30; 13:1–2; 15:1–35). After a helpful sketch of Antioch’s foundation and history, he argues that the Antioch assembly is presented as a colony from the Jerusalem community. Its origins are in a crisis which leads to believers fleeing Jerusalem (11:19), and Dr Moore presents other accounts of colonization resulting from particular crises, and which also involve transfer of a cult to the new community. The latter is paralleled by the gospel proclamation in Antioch which leads to the planting of the believing community there (11:20). Strikingly, this new community is “mixed,” including Jewish and gentile believers, prefigured in Acts by Philip’s ministry in Samaria and with the Ethiopian eunuch (Acts 8), Paul’s commission, which will lead to his involvement in Antioch (9:1–31; 11:25–26), and Peter’s encounter with Cornelius’s household (10:9–11:18). He notes Jerusalem’s oversight of this new community (11:22) and the response of the Antiochene believers to famine affecting the mother community in Jerusalem (11:27–30) as signs of the bond between the two groups. He goes on to consider how the Antioch community becomes a “mother city” for further colonization in sending Barnabas and Saul out as founders for new communities (13:2–3) with divine sanction through the Spirit’s words (13:2).

The final major chapter (ch. 5) considers the planting of the believing community of Pisidian Antioch, part of a “second wave” of colonization from Syrian Antioch (Acts 13–14). As with Syrian Antioch, Dr Moore provides a valuable sketch of the history and setting of Pisidian Antioch (pp. 170–78), and then focuses on Paul’s very substantial speech (13:16–41) and its consequences (13:42–52). He proposes that much of Paul’s language in reviewing Israel’s history is echoed in colonization accounts, but now with Jesus as savior as that history’s climax. The discussion of the speech is well done, and I shall return to much of the careful detail of his exegesis. The mixed community that is founded has divine sanction, for events were orchestrated by God, whose actions are at the heart of Paul’s speech and its results (13:16, 22, 23–37, 40, 47, 48, 52).

A brief conclusion summarizes Dr Moore’s finding, noting that the features of colonization which are paralleled in Acts have cultural significance, for they are about how communities “validated their identity” (p. 217). Specifically, his work highlights the major emphasis of Acts on “the replication of the Christian cult community” (p. 217), and foregrounds key topoi drawn from colonization accounts found in Acts: origins and their legitimation; divine sanction; and the role of founder(s). He observes that he could have taken the analysis further into Acts (and I suspect was limited by the constraints of a doctoral thesis from doing so); this could profitably be done by Dr Moore or another.

This is a fine book, which is lucidly written, clearly and persuasively argued, and which succeeds in illuminating Acts by the conversation with ancient colonization. Dr Moore has kept his argument within its bounds well and has put us in his debt by his careful work. Future study of mission and the believing communities in Acts simply must engage with this argument.