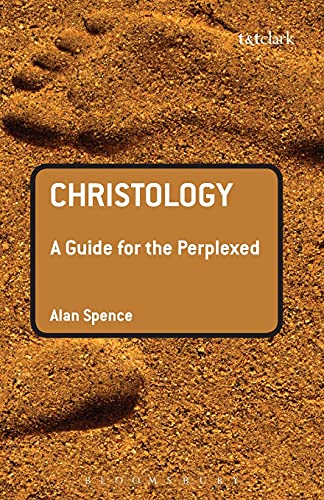 Christology: A Guide for the Perplexed

In this recent addition to the Guides for the Perplexed series, Alan Spence presents himself as the host of a dinner party whose task is to introduce latecomers to a group of distinguished guests and the evening’s ongoing conversation. In order for the late arrivals to fruitfully participate in the lively discussion, the host must summarize what each party has contributed and provide an outline of the discussion’s development. In this case, table talk revolves around the person of Christ. Thus, Spence’s goal in this volume is to tell the story of the development of Christology by highlighting the key issues and main players throughout the centuries. The book is divided into two main sections—classical and modern Christology.

The author defines Christology as “the faltering attempt of the Church to provide a coherent conceptual and theological explanation of Jesus’ person, in harmony with the scriptural testimony, which is able to account for his role in its worship and faith” (p. 6). Thus, in Christology we are immediately confronted with a paradox—the humanity and divinity of Jesus Christ. The history of Christology may be viewed as multifarious attempts to deny the former (Docetism) or the latter (Ebionitism), or somehow affirm the two (Orthodoxy).

Spence argues that the primary way the early church made sense of the person of Christ was through the notion of incarnation, the Johannine depiction of the Word of God becoming flesh (p. 17). Incarnation is the metanarrative and interpretative key for Christology. Although the doctrine raises questions regarding the Word’s relationship to God and of God’s immutability, it was best able to do justice to both natures in Christ and, thus, provide a foundation for a proper understanding of the gospel and Christian salvation.

The rest of Part One walks through the Arian controversy (chap. 3), events leading up to Chalcedon (chap. 4), post-Chalcedon debates on the will(s) of Christ (chap. 5), and issues regarding Jesus’ relationship to the Spirit (chap. 6). It is this last chapter that proves the most thought-provoking in Part One. Spence writes: “The Gospel narrative of Jesus is that of a man always dependent on divine grace as it is mediated through the Holy Spirit. And the inability to recognize and affirm this perspective clearly is a significant weakness of John’s [of Damascus] christology and so it would seem of the ancient church” (p. 63). Indeed, with a fresh focus on Jesus’ dependence on the Spirit during his earthly sojourn, one is better enabled to affirm in Christ a humanity that is truly in common with our own (p. 72).

Part Two commences with a discussion of what Spence identifies as the beginning of the breach between classic and modern Christology—Socianianism. These rationalistic attacks on classic trinitarian and christological dogma would be variously expressed in the quests for the historical Jesus (chap. 8), the Christologies of Schleiermacher and Forsyth (chap. 9), and the dichotomies between the Jesus of history and the Christ of faith created by the likes of Bultmann (chap. 10).

For North American evangelicals, particularly those seeking to reckon critically with Barth, Spence’s presentation and analysis of the Swiss theologian’s Christology is especially illuminating. Spence argues that for Barth, “Jesus Christ” is a revelatory and saving event, “not to be identified directly with Jesus of Nazareth, the Christ of the Bible or even the Christ of Church proclamation” (p. 134). These presentations of Jesus are creaturely forms by which “Jesus Christ” or the Word of God makes himself present to the church. How Barth differs from classical Christology is that in the traditional schema the Jesus of history, the Christ of faith, and so on, are not different ontological realities or various forms under which the Word is present to the church, but rather are the diverse portraits of the one hypostasis—the incarnate Son of God (p. 135). One among Spence’s handful of criticisms is that Barth’s theory of Jesus Christ as a divine act is “unable to affirm the indissoluble union of the divine Word with human being” (p. 135). At the very least, Spence provides some terminological/conceptual clarity from which a more fruitful engagement with Barth’s Christology (and entire theological edifice) may be undertaken.

The author rounds out his discussion with a plea for an ecumenical Christology, which means taking more seriously the doctrine of the incarnation as the ecumenical interpretation of gospel provided at Chalcedon, and that which provides the most adequate starting point for future reflection on the person of Jesus Christ.

By way of a modest critique, this volume lacks mention of kenotic Christologies as well as the sinlessness of Christ. The former may have added a measure of nuance to the discussion by forming a bridge between a classical incarnational Christology and modern concerns about the humanity of Jesus. A discussion of the latter, common in many Christologies, bears heavily upon any consideration of the true humanness of the Lord. Of course such considerations may be unfair given the editorial decisions that no doubt have to be made for such introductory volumes.

In the end Spence proves to be a fine host to a rather lively party. The balance of breadth in coverage, skill in penetrating to the vital issues, gracious and judicious analysis, and overall accessibility make this book a joy to read. I highly recommend it as an introductory Christology textbook for undergrads and seminary students.

Uche Anizor is assistant professor of biblical and theological studies at Talbot School of Theology in La Mirada, California.