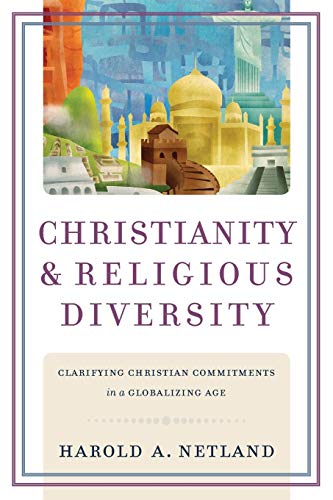 Written by Harold A. Netland Reviewed By Kyle Faircloth
Mission and Culture

As Professor of Philosophy of Religion and Intercultural Studies at Trinity Evangelical Divinity School, Harold Netland brings the necessary gravitas to the discussion of religious pluralism. Yet as a child of missionaries and a former missionary himself, he also demonstrates a reflexive view of other religions that is at once humble and unflinching in its approach.

Netland divides the book into two parts. Part 1 examines the reality and nature of religious diversity in the modern globalized world (Chs. 1−4). Part 2 suggests ways in which Christians can uphold biblical truth claims in a world that has become wary of exclusive religious positions (Chs. 5−8).

Netland humbly grounds his proposal upon two crucial theses: first, “a theological definition of religion actually presupposes a phenomenological understanding of religion” (p. 9), and second, “neither cultures nor religions are completely self-contained, discrete, hermetically sealed systems that remain intact throughout time” (p. 37). This is a bold yet beneficial perspective, for it means that Christians “can be entirely faithful to the biblical witness and still acknowledge that there is some truth, beauty, and goodness in other religions” and thus seek to “be fair and honest, … resisting language that incites fear or hatred” (pp. 180, 239). Indeed, such a perspective should encourage Christians to interact with “religious others” (Netland’s term) in a way that is respectful, compassionate, and open to learning (pp. 237−42).

Netland is unflinching in his claim that even though adherents of each religion are justified in believing their religion is true (in a propositional sense), there can only ever be one true religion (in an ultimate sense). In this way, “a religion is true to the extent that its core claims are true,” i.e., to the extent its “defining beliefs” correspond to ultimate reality (pp. 185−86). This distinction is important because—assuming Christianity is the one true religion—this means any defining belief of a religion that does not correspond to core Christian teachings “will be false or incomplete,” and yet “this does not mean that there are no truths embraced by other religions” (p. 180). Moreover, this view allows for the possibility that members of the one true religion may hold disparate or even false truth claims in relation to the core beliefs of the community.

There is much to praise about Netland’s proposal, but two sections particularly stand out for me. In chapter 2, Netland foregrounds his assertion that religions are not closed systems by examining the effects of modernization, globalization, and secularization on religious commitment around the world (pp. 41−70). He delves into the contemporary sociological debate and suggests that, contrary to traditional views, secularization is more of a Western European and North American feature than a global one, as religious belief across Latin America, Africa, and Asia continues to flourish. Yet he also argues that for people in globalized societies, culture and geography no longer serve as the sole determinate factor for religious commitment. Rather, many people now feel free to choose among religious alternatives—including pluralism (all religions are true) and secular atheism. Thus Netland’s survey provides a good reminder that while the truth of Christ is unchanging, we must continually adapt the ways in which we share this truth within an ever-changing epistemic environment.

Dovetailing with the previous point, another highlight is Netland’s section on the use of natural theology to “provide appropriate reasons” for Christian truth claims (pp. 220−28). He presents an interesting proposal, because this apologetic method tends to take the form of a deductive argument based on the bald statement “God exists” and thus offers little more than a non sequitur in defense of theism. What makes Netland’s suggestion unique, however, is his call for a “cumulative-case approach” (p. 225). This approach seeks to reference “a wide variety of evidential data” from shared experiences and the physical world to demonstrate the sufficiency of Christian explanations about various common issues (p. 225). He states: “While none of these phenomena, either individually or collectively, entail the truth of Christian theism, the argument claims that Christian theism provides a more plausible explanation for these factors than other alternatives” (p. 226). Protestant theories of religion have long neglected the notion of natural theology. So I am keen to see others expand upon Netland’s reintroduction of this biblical concept.

While there are no glaring weaknesses in this book, I offer a few brief suggestions that might bring greater cohesion and clarity to certain key points. First, to demonstrate ways in which religions have influenced each other in this globalizing age, Netland provides supporting illustrations from Buddhism (ch. 3) and philosophical Hinduism (ch. 4). Yet he presents a stronger case in chapter 4 than he does in chapter 3. Whereas chapter 4 discusses certain modern Hindu thinkers and their view of Christianity, the references for chapter 3 have more to do with Buddhism’s encounter with Christianized Western culture than with Christianity per se. Thus, perhaps the main argument would be stronger if the examples in chapter 3 were similar in nature to those in chapter 4. For instance, he might evaluate major Buddhist assessments of Christian theism (see Gunapala Dharmasiri, A Buddhist Critique of the Christian Concept of God [Antioch, CA: Golden Leaves Publishing, 1988]; Keiji Nishitani, Religion and Nothingness [Berkeley: University of California Press, 1982]).

Second, Netland rightly asserts that an important first step in a phenomenological approach is to ascertain the “defining beliefs” of a religion, where the aim is not to identify beliefs accepted by all but those “regarded as mainstream” (pp. 185−86). However, as he seeks to show how one might determine the core beliefs of Christianity, he appears to undercut this premise by making 2 Corinthians 5:19 his only guiding referent (p. 188). Yet if the goal is to distinguish the “mainstream” beliefs of Christianity, then surely one must consider the primary dogmas held across time and traditions. To be sure, Netland appeals to this kind of confessional approach when noting the issue of whether other religions are salvific or if Jesus is the only way: “The mainstream, orthodox Christian tradition has consistently maintained the latter” (p. 190). Thus, if “mainstream, orthodox Christian tradition” serves as a controlled variable in defining Christian beliefs (and I think it does), then one would do well to include Nicaea and Chalcedon in the assessment.

Having said this, the above suggestions are minor and in no way detract from the overall success of this work. Netland’s monographs and articles have helped establish the evangelical voice in the philosophical and theological discussion of religions. Christianity and Religious Diversity offers another valuable contribution to this important endeavor. I recommend this book to all Christians who seek to make disciples in today’s globalized and religiously diverse world.

Kyle Faircloth is the director of intercultural studies at Malaysia Baptist Theological Seminary in Penang, Malaysia, and a PhD student at the University of Bristol, UK.