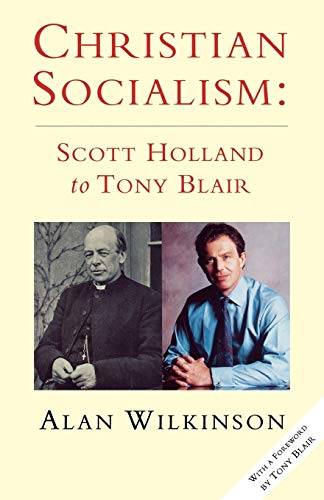 This book gathers together the 1998 Scott Holland lectures and, whilst we in Britain still live under a Labour administration, can be read as getting as up to date as one would wish without offering too many hostages to fortune. One of the author’s themes is the contention that Tony Blair and New Labour have re-discovered elements of Christian socialist thought that had been obscured for most of the last century, namely a more ethical (non-statist) socialism. The bulk of the book is a fascinating historical presentation of a movement that admits a great breadth and a wider influence on the political developments of the British Left than non-Christian accounts might have taught us to expect. The reader is taken from a discussion of the nineteenth century background; through treatments of key individuals; (Scott Holland and the Christian Social Union, Charles Gore, R.H. Tawney, William Temple); to a central discussion on the Search for Community—before allowing the Dissenters to intrude on a largely Anglican (often anglo-catholic) and, latterly, Roman Catholic, party. The book ends with an assessment of the politicians who have claimed a Christian Socialist tag and how they have understood and applied that somewhat amorphous tradition. Recent names such as Frank Field, the late John Smith and Tony Blair mingle with those of George Lansbury and Arthur Henderson, both giants of the parliamentary labour party’s more distant past. Not unsurprisingly, even the lexical ordering—Christian Socialist or Socialist Christian—is up for grabs for non-trivial reasons.

Wilkinson mostly works at the level of historical description rather than theological critique, as is consistent with the task he sets himself, albeit reporting the considerable theological disputes of the movement within the period surveyed. Yet he announces, at the outset, his rejection of a ‘progressivist understanding of history’ (xiii) and regrets those past Christian Socialists who ‘so surrendered to optimism (which is different to hope) that they came to believe that the Kingdom of God could be established by political means’ (xv). This warning must be one the reader bears in mind as, throughout, we see the contribution a (curiously detached) doctrine of the incarnation seems called upon to make. Indeed reading between the lines may allow the reader to at least start to formulate questions, if not determine the answers, vis a more rounded doctrinal armoury for a political theology.

A criticism of the book is that the reasoned relevance of a theological conviction, or ecclesiological orientation, to the shape of a particular individual’s political outlook is not explicitly articulated. A theologically learned author, writing descriptively, fails to share generously the theological insights that govern his treatment of the material with the general reader who will find the theology rather than the history harder to appropriate and evaluate. The most recognisable theological references for the undergraduate student to look for, are those to the work of Duncan Forrester, Timothy Gorringe and to the ‘impenetrability’ of John Milbank, in the discussion of the search for community.

Finally, it is sad to read of ‘an Evangelical with a social conscience’ as a rarity worthy of note (204) or R.H. Tawney’s observation: ‘In my experience those who say that what they desire is a change of heart usually mean that they object to a change of anything else’ (100). The question for the reader is: what are the distinctly evangelical convictions that might lead us to being the former and refuting the latter?