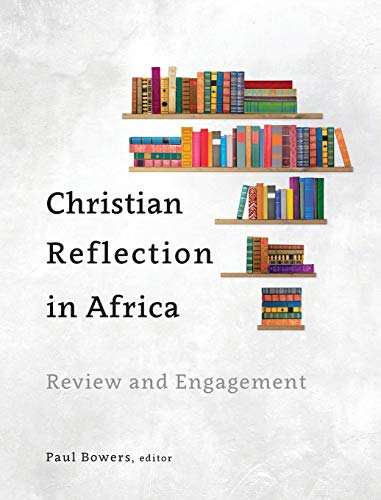 “Honey, we’re going to Africa!” This is the message my wife received from me in 1979 when as a newly minted seminary graduate, I signed on to help start a theological seminary in Africa. Honey, We’re Going to Africa! is also the title of the autobiography of a pioneering missionary in southern Sudan in the years 1948 to 1976. It is one of 1,200 books reviewed in this remarkable and engaging volume Christian Reflection in Africa (henceforth CRA), which deals with a large and diverse sampling of books about Africa and African Christianity published between 1986 and 2016. Sub-Saharan Africa is the primary focus, and topics run the gamut from the pastoral and the practical to the academic and the theological to the secular and the political. The purpose of this collection, as the editor explains in the preface, is “to facilitate informed Christian reflection and engagement in Africa through thoughtful encounter with the published intellectual life of the continent” (p. xi). This is one resource that I wish above all others could have been in my luggage as I set out years ago on my twenty-eight-month sojourn in Africa.

The reviews assembled here originally appeared in the African based journal BookNotes for Africa from its inception in 1996 until 2016. Reviews average about 300 words in length and are written from a broadly evangelical perspective. Over 100 reviewers took part in the project. All are from Africa or served in Africa over a long period. Most have been involved in theological education there, and nearly all have earned doctorates. The entire project beginning in 1996 was carried out under the able leadership of Paul Bowers. Bowers grew up in Liberia, the son of missionaries, earned a PhD in biblical studies from the University of Cambridge, and has dedicated his career to the advancement of theological education in Africa.

Books in the first category provide an essential foundation for anyone seeking to understand the African church today in its historical and cultural context. Numerous works of African history are reviewed, from single volume treatments of the continent to more narrowly focused accounts such as the history of Islam in Africa, the coming of colonial rule, the abolition of slavery, South African apartheid, and the civil war in Liberia. Other studies examine the political dynamics of modern Africa and the underlying causes of its persistent poverty. Others deal with such contemporary issues as tribalism, polygamy, radical Islam, and women’s rights. Finally, a social dimension of great concern is Africa’s traditional religious culture.

Many more books deal specifically with African Christianity. Topics range from the history of the movement to practical ministry guides to biblical scholarship. The breadth of historical studies can be seen from such titles as The Evangelical Movement in Ethiopia, The East Africa Revival, A History of Medical Missions in Zimbabwe, The Church in Angola, and Honey, We’re Going to Africa! Practical tools for ministry include Evangelizing Polygamous Families, Biblical Preaching in Africa, Learning to Lead: The Making of a Christian Leader in Africa, AIDS is Real and It’s in Our Church, and A Biblical Approach to Marriage and Family in Africa. Finally, CRA reviews a number of doctoral dissertations in the field of biblical studies produced by Africans, which testifies to the advancing maturity of African scholarship.

This brings us to our third category. A significant number of reviews in CRA assess the writings of theologians engaged in dialogue and debate as they seek to formulate a Christian theology that is distinctively and authentically African. With the coming of independence to the African nations from Western colonial rule in the 1960s, a movement arose among African intellectuals also to gain independence from the Western theology imported by missionaries and to develop a theology that was authentically African.

For this, they looked to the pre-Christian religions of Africa’s past. From these, they sought to find continuity with Africa’s present: As God gave the Jews the Old Testament to prepare them for the coming of Christ, did he not also give Africans their traditional religions to the same end? This approach finds its home in the ecumenical movement of Africa. Evangelicals, on the other hand, while not denying that some insight can be gained from Africa’s religious heritage, have generally found this approach misguided. See, for example, reviews 115 and 828 that consider works by Kwame Bediako and Charles Nyamiti, respectively. For them, what makes a theology both authentically African and authentically Christian is supplying biblically based solutions to the distinctive needs and issues facing the African Christian community today. These include AIDS, tribalism, poverty, corruption, marriage, divorce, witchcraft, spirit possession, curses, and others.

CRA documents the numerous contributions of evangelicals to this ongoing project. The history of Christian thought shows that theology, starting with the New Testament, has been hammered out in the midst of controversy. The present effort to formulate an African Christian theology appears to be no exception. It is to the great credit of CRA that it provides such extended coverage of this historic debate.

This collection of reviews is a significant achievement and will have value for years to come for all readers who wish to engage with African Christianity, whether students, teachers, librarians, church leaders, missionaries or academic researchers. Regarding its limitations, I think a newcomer to the continent might ask, “With so many books, where does the beginner begin?” For them, some “training wheels” would have been welcome, such as a list of suggested readings and perhaps a brief orientation to the ongoing quest for an authentic African theology. Speaking as a former newcomer, my only real complaint is that such a book was not available to me years ago when I announced to my wife, “Honey, we’re going to Africa!”