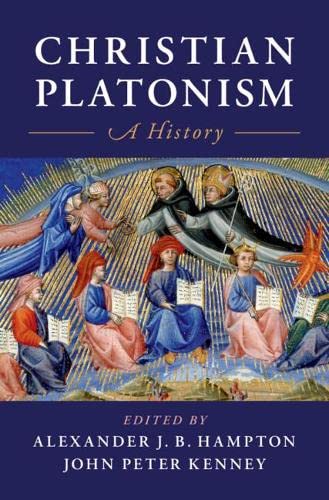 The first section of the book begins with an article by Gerson, in which he provides the reader with a helpful overview of Plato’s Platonism and the development of Platonism after Plato. As helpful as this article is, his summary of the main or core tenets of Platonism is so general that almost anybody but a staunch Materialist would be considered a Platonist. This article should be read in the context of his recent publications on Platonism. Gerson provides a helpful, albeit short, discussion of why Christianity is not just another version of Platonism. Gerson’s views on the Demi-urge should be read in the context of the next article, “The Ideas as Thoughts of God,” by John Dillon and Daniel J. Tolan. Dillon and Tolan seek to trace the provenance of the idea that the Platonic Forms are ideas in the mind of Plato’s God—the Demi-urge. As they rightly note, it is unclear that Plato actually held this perspective. Philo was possibly the first to articulate this view explicitly, and the Platonic tradition debated this theory to the very end, though Christian Platonists appear to have accepted this view. Their attempt to trace this understanding of the divine ideas beyond Philo, though interesting, is mostly supposition and arguments based on suppositions.

Andrew Radde-Gallwitz seeks to show the positive influence of Platonist philosophy on Nicene and Post-Nicene trinitarian theology, especially in relation to the Platonic notion of participation. Kevin Corrigan’s article discusses the mutual influence between Christian and Neo-Platonist thinkers in relation to Creation ex nihilo, love, inter-trinitarian relations, and a number of other key subjects. His portrayal of Aristotle’s unmoved mover is contestable, at best. Olivier Boulnois seeks to trace the concept of theology from Plato to the high medieval notion of theology as a science of the divine. Rudi A. te Velde provides us with a helpful summary of recent research concerning the concept of participation in relation to the Christian doctrine of creation and in the work of Thomas Aquinas, and its sources in Neo-Platonic thought. He shows that Aquinas not only interacts with Platonist thought but creatively adopts key elements of it to help bolster his articulation of Christian doctrine. It is worth asking, however, in light of the extent of Aquinas’s creativity in appropriating these Platonist doctrines, whether Aquinas can properly be said to be “Platonist.”

The second section of the book moves through the history of Christian theology and considers ways in which it has interacted with Platonism. Mark Edwards looks at early Christian interpretations of Scripture, in interaction with Platonism, arguing that though there was some mutual exchange and a great deal of borrowing, they often saw each other as rivals. This is a helpful analysis, especially when one considers that both Christianity and pagan philosophies portrayed themselves as ways of living, rather than as simply “belief systems.” Areas where agreement between Platonism and early Christianity is most evident include allegorical interpretation and mysticism. I would argue that other areas of agreement would include the necessity of purity in the life of the theologian/philosopher if they are to know God, creation accounts, ascension from the sensible cosmos to the knowledge of the divine, and judgment of works after death. In fact, many early Christian theologians used these similarities, in their apologies, to defend the truth of Christianity. Despite the fact that early Christian theologians used the “logos” doctrine in their apologies, Edwards suggest that similarities in the “logos” doctrines are exaggerated. John Peter Kenney explores the nature of Platonism and its development in the early centuries of our era. He makes some helpful claims concerning the Christian adoption of important doctrines from Plato but asserts the necessity of rejecting Platonism as a “way of life.” Most helpful, in this article, is the author’s explanation of what is meant by the terms “Platonism” and “Christian Platonism,” and the discussion of what it would mean to call an early Christian theologian a “Platonist.” Kenney is certainly right when he suggests that, properly speaking, none of the early Christian theologians were really Platonists. Due to the nature of Kenney’s article, he ends up covering similar ground to that which is covered by Edwards. Lydia Schumacher discusses the early Franciscan use of medieval Arabic authors in their portrayal of the agreement between Aristotle and Augustine’s Platonism. They often read Aristotle through Avicenna’s interpretation, augmenting Augustine with Avicenna. This understanding of Augustine was influential for generations and tainted the way many have understood Christian Platonism. This article is helpful for understanding why so many medieval theologians misread Aristotle, and why Aquinas’s reading of Aristotle was so unique at that time. The six remaining chapters of this second section are primarily helpful in that they help trace the development of Platonic thought from the Middle Ages to the present time. Due to the number of authors dealt with, some of these articles end up looking like a “Who’s Who” in Christian Platonism.

The final section of this volume contains articles that critically engage Christian Platonism in relation to the natural sciences, environmentalism, art, morality, and eschatology. In his article, Alexander J. B. Hampton presents the Christian Platonist view of the cosmos as the solution to the environmental crisis caused by the “anthropocentric outlook.” Of particular interest is Richard Viladesau’s analysis of the Christian-Platonist understanding of art and meaning in contrast with the modern and post-modern perspective, which is rooted in Nietzsche’s rejection of both Christianity and Platonism. Viladesau’s article is valuable for two key reasons. First of all, he provides a clear and helpful articulation of ten key elements in the Christian-Platonist approach to aesthetics. Second, he brings the Christian-Platonist understanding of beauty and art into discussion with the predominant trends in contemporary aesthetics (notably that “tradition” which is rooted in Nietzsche), revealing the splendor of beauty for the Christian-Platonist theory in contrast to the impoverished devaluation of beauty found in post-modern aesthetics.

Though not all of the articles in this volume are of equal value, this book is an excellent resource for those seeking to understand the various ways in which Platonism has been critically received and modified by Christian theologians throughout the history of Christian thought.