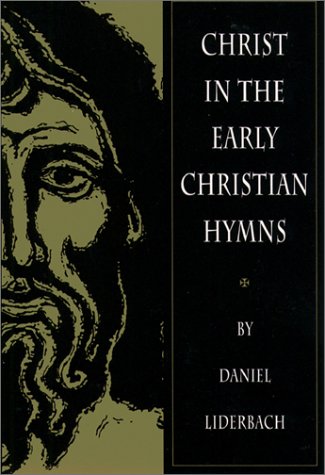 Christ in the Early Christian Hymns

From New Testament times the Christian church has expressed its faith not only in proclamation and creeds, but also in its worship, particularly its hymnody. As Professor James Torrance has recently expressed it ‘true theology is a theology that sings’. This is the conviction that lies behind Linderbach’s investigation of the Christology of the early hymns of the Church. These hymns expressed a Christology that confessed Jesus Christ to be both human and divine. Central to the author’s argument is his understanding of the Rule of Faith, which he defines as ‘the church’s ancient tradition that the Spirit indicates genuine doctrine by directing the faithful community to believe as doctrine what is expresses in its worship’ (9). From this definition doctrine us understood as that teaching which emerges from the faith community and is the acknowledged intellectual confession of its covenant. But it is here that the evangelical Christian, committed to an understanding of the finality and supremacy of the Scripture, has a problem with this hermeneutic. While it is freely acknowledged that the believing community is indeed indwelt by the Spirit and that the Spirit does teach the faithful people of God, is there not the danger of subjective experience replacing the once-for-all revelation found in holy Scripture? Should not the christological teaching found in canonical Scripture be the touchstone by which doctrine is determined? After all the early communities of groups like the Montanists, the Arians and the Donatists could likewise lay claim that the Spirit had instructed them in teaching which Catholic Christians, committed to the finality of Scriptural authority, could not accept? It is not surprising that Liderbach censures Martin Luther for insisting on sola scriptura, and in thus returning to the source of Christian doctrine, he ‘chose to turn aside form the principal source of doctrine, the Holy Spirit’ (25). We can well imagine that to this major criticism Luther would have responded by asserting that no supposed ‘revelation’ of the Spirit of truth should be preferred to what the Spirit had already given in Scripture.

Liderbach is at his best when exegeting the christological hymns of the NT. He identifies these as Philippians 2:6–11, 1 Peter 2:22–25, 1 Timothy 3:16, Colossians 1:15–20, Hebrews 1:3 and the Prologue of the Fourth Gospel, John 1:1–14 which, against the fairly unanimous opinion of contemporary Johannine scholarship, he dates from the early second century. These hymns, with varying degrees of emphasis, express the faith of the church in a Christ who is both divine and human. Somewhat surprisingly the author concludes that Colossians 1:15–20 ‘leaves ambiguous the judgement that he is God, that his substance is the divine substance, or that his self is the divine self’ (47, 48). But surely the expression ‘in him all the fullness of God was pleased to dwell’ is convincingly expressive of a full divinity, and to ask for statements about his ‘substance’ and his ‘self’ is to expect from first-century Pauline Christology the technical term that emerged only in the fourth and fifth centuries’ christological debates.

After the completion of the NT canon, other christological hymns appeared, in the Odes of Solomon, from Bishop Ambrose of Milan (348–413), and Anatolius (?–458) among others. Liderbach does some very fine work in demonstrating that the post-Nicean hymns, and the post-Chalcedonian hymns were influenced by these great christological debates and credal formulations. In spite of the persistence of Arian influences long after the emergence of the Nicene Creed, the Christian Church was always sure that the Lord was both fully divine and fully human. Even when there were difficulties in expressing this conviction in precise theological terms, the worship and liturgy of orthodox Christians continued to express the church’s faith in Christ as God manifested in the flesh. In spite of the reservations expressed in this review, altogether Liderbach’s work is characterised by careful scholarship and this book makes a most valuable contribution to the study of early church Christology.