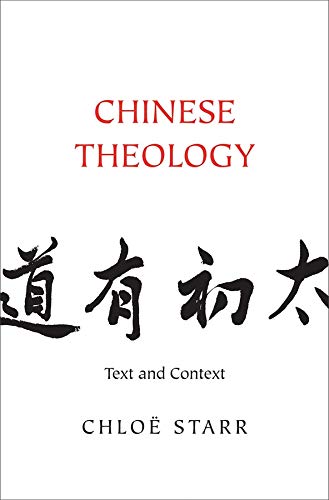 Chloë Starr, associate professor of Asian Christianity and theology at Yale Divinity School, offers a fresh approach to studying the nature of Chinese theology. In this book, she situates Chinese theology—particularly its literary, academic and liberal manifestations—within the history of Chinese literary texts and its specific historical contexts. Starr argues that Chinese theology proceeded from and was necessarily interwoven with native literary genres and writing styles. In her view, it would be a mistake to interpret Chinese theology through the prism of Western systematic theology. In fact, Starr observes that Chinese theology seldom developed into systematic forms; even when it did, “its methods or interests may be unorthodox,” especially when seen through Western eyes (p. 280). Consequently, Chinese theology was “sinicized much earlier … than church structures” (p. 40), as it was “organized and categorized along various [Chinese literary and philosophical] principles” (p. 280).

This monograph is generally divided into three chronological sections, comprising ten content chapters. Broadly, the three chronological sections are (1) Late Imperial to Republican China, (2) People’s Republic of China (PRC) from the 1950s to 1960s and, (3) PRC from the Reform era to present day. In order to highlight the tightly-knit relationship between theology and native literary forms, Starr devotes three chapters to in-depth discussions about the respective historical context of each period, examining the general state of theological thinking in connection with broader ecclesiastical, social and political circumstances. Her other seven chapters are case studies—in particular, textual and theological analyses—of prominent Christian thinkers and their writing(s).

The overall impact of such an approach is impressive. In particular, this can be seen in the first five chapters covering the writings of notable Catholics like Matteo Ricci and Xu Zongze, as well as prominent liberal Protestant thinkers like Zhao Zichen and Wu Leichuan. The case of Zhao is demonstrative of Starr’s adroit analysis. She illustrates how Zhao combined specific indigenous writing strategies with his theological views to produce an appealing native theology that resonated with intellectuals of his generation. Through his well-known work Life of Jesus, Starr shows how Zhao drew on the Chinese tradition of biographies to introduce a critical reading of a demythologized “historical Jesus.” By re-construing Jesus as a human who gradually came to a self-understanding of his mission as Messiah, Starr observes that he produced a reinterpretation of the person of Christ that cohered with the Zeitgeist of the May Fourth era. This was strengthened by his employment of specific classical reading strategies that moulded Jesus into a “benevolent” teacher who could act as a “model for a constructive cultural engagement” (pp. 96–97).

There are several merits to Starr’s approach. First, her inter-textual analysis is highly instructive as she draws on copious literary evidence and her deep knowledge of Chinese literature and philosophy to underline the extensive linkages that the selected theological texts shared with Chinese writings. Second, her analytical methods enable her to carefully evaluate the relationship between theology and texts. For instance, she shows how theology conformed to native textual forms while expressing its ideas with Chinese concerns in mind. Accordingly, this allows her to come to the conclusion that Chinese theological writings were considerable works that can be legitimately conceived as part of the Chinese textual tradition. In the end, I agree with Starr that there is a need for scholars to pay more attention to the textual sinicization of theology as written forms were one of the first avenues whereby Christian ideas were translated, negotiated and appropriated for the Chinese readership. Neglecting these issues would be akin to omitting the most fundamental episodes of the sinicization of Christianity in China.

One minor grievance can be raised about Starr’s work: the case study presented in Chapter 9 (“Yang Huilin: An Academic Search for Meaning”) about Yang Huilin, a pioneering figure in Sino-Christian theology studies, does not really meet the excellent standards of the other chapters (though she provides a useful overview of this new field). This is because her treatment of Yang’s eclectic employment of Western and Chinese intellectual resources to understand Scripture does not enable the reader to fully grasp the major Chinese elements of Yang’s interpretive toolkit; instead it reads more like a philosophical examination of his hermeneutics. It is only at the conclusion of the chapter where Starr observes that his “textual web” and “non-linear” hermeneutical model “reflects traditional Chinese textual practice in its patterns of thinking” (pp. 261–62).

A comment can also be made about one limitation of this study. Given that Starr is largely concerned with how “Christian thought is conceptualized in Chinese textual modes” (p. 11), the question of whether these writings had any influence on Chinese literary patterns has been generally neglected. Perhaps, an extended treatment of the texts on the basis of this question could enrich the book’s conclusion, allowing her to evaluate how techniques like historical criticism may have played a role in altering or transforming Chinese literary patterns and genres.

Due to Chinese theology’s lack of prominence in the English-speaking world, most readers of this journal might find the contents of this monograph unfamiliar. Nevertheless, Starr’s work serves both as a starting point as well as a historical case study that allows readers to not only become acquainted with an important expression of East Asian Christianity, but to also better apprehend what renowned mission historian Andrew Walls has called the “infinitely translatable” capacity of Christianity when it enters new cultures (The Missionary Movement in Christian History [Maryknoll, NY: Orbis, 1996], 25).

Finally, it must be acknowledged that Starr’s study is illuminating and innovative, making a noteworthy contribution to scholarship on Chinese Christianity. By contrast, most studies on Chinese theology have placed more emphasis on ideas and thought. Indeed, when compared to these older studies, Starr’s primary argument about the interconnectedness of theology and text is provocative and refreshing, providing us with a methodological platform to deepen and widen our understanding of Chinese theology.