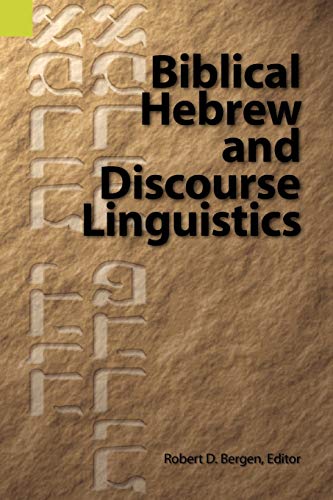 Discourse linguistics comes of age in this remarkable collection of 22 essays by 21 contributors. Contributions begin with examination of current issues in the discussion of discourse linguistics, such as the role of specific verbal forms in foregrounding and backgrounding clauses. The essays then apply this method to Masoretic accents, literary forms, sociological approaches and genre criticism in Hebrew and biblical studies. A third section moves discourse linguistics beyond narrative studies to apply it to psalms, wisdom literature and prophetic discourse. This is an important volume, both because it bears witness to the diversity that now appears under the rubric of discourse linguistics and because it provides an introduction to this significant tool for Hebrew exegesis in the variety of Old Testament literature. The absence of an index and the technical nature of some contributions should not prevent the serious exegete from consulting this work.