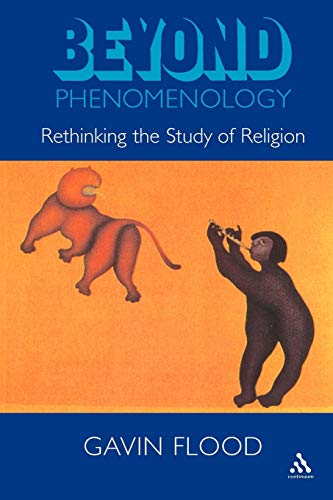 Beyond Phenomenology: Rethinking the Study of Religion

Those who have appreciated Gavin Flood’s work, as I have, particularly his excellent An Introduction to Hinduism, will not be surprised to learn that this is a thorough and constructive analysis of key ideas within contemporary academic religious studies. There are excellent discussions of, for example, the relationship between theology and religious studies, definitions of religion, reductionism, and concepts of truth. However, the principal aim of the book is to show the limitations of the phenomenological method in religious studies and to suggest a way forward. Making use of theories developed within the social sciences and humanities, and clearly influenced by the shift in contemporary theoretical discourse from a philosophy of consciousness to a philosophy of the sign which recognises that all knowledge is tradition-specific and embodied within particular cultural narratives, Flood argues one: that religions should not be abstracted and studied apart from the historical, political, cultural, linguistic, and social contexts: and two, that scholars (who are likewise shaped by their own particular contexts) always bring conceptual baggage to the study of religion. Hence, whether we think of, for example, the effect research has on the community being studied, or the scholar’s own, the prejudices, preconceptions, instincts, emotions, and personal characteristics which significantly influence that research, the academic study of religion can never be neutral and purely objective.

Bearing the above concerns in mind, Flood seeks to develop ‘a rigorous metatheoretical discourse’, metatheory being the critical analysis of theory and practice. The metatheorist aims to ‘unravel the underlying assumptions inherent in any research programme and to critically comment on them’. Unhappy that older paradigms, methodologies, and definitions of religion are still used (often unquestioningly) in religious studies, Flood encourages suspicion and critical reflection in order to lay bare the assumptions, the presuppositions, and the theories which inform the various interpretations and anatomies of religion; ‘metatheory is important because it questions the contexts of inquiry, the nature of inquiry, and the kinds of interests represented in inquiry’. However, although metatheoretical analysis is crucial, and although it is being enthusiastically developed in other disciplines, it has, according to Flood, hardly begun in religious studies. Indeed, if its conspicuous absence in the massive new Guide to the Study of Religion edited by Braun and McCutcheon is anything to go by, Flood has a point.

As to how metatheory might be developed in the study of religions, drawing on the work of particularly Paul Ricoeur and Mikhail Bakhtin, Flood argues for a dialogical approach. Rather than claiming objectivity (as phenomenology does), ‘dialogism’, which focuses on language and culture, welcomes a variety of voices (feminist, black, gay etc.) to contribute to an ongoing process of critical interpretation which is sensitive to contexts and power relations.

This is, it seems to me, a healthy corrective to much scholarship in religious studies, in that not only does it recognise that we all research from particular perspectives, perspectives which need to be continually scrutinised, but it also recognises the value of these perspectives, rather than insisting that they should be ‘bracketed’ (as if one ever could simply shelve one’s worldview) in the service of a naïve quest for objectivity. Rather, scholars should, for example, fully acknowledge where they are coming from, what their agendas are, and then critically reflect on the implications of all this for their research. The argument is simply that such ‘reflexive discourse’ should be fundamental to religious studies research. Hence, arguably, metatheory should not have a particular ‘anti-baggage’ agenda (if I can put it that way), but should rather be baggage-friendly. Put simply, the aim is not to remove interpretative frameworks but simply to identify and analyse influences and presuppositions in order to aid critical reflection.

Having said that, although Flood persuasively criticises both the claim to neutrality in religious studies and the naive demand that beliefs should be shelved in the pursuance of objectivity, he is clearly unhappy with the idea that explicit faith positions should have legitimacy within secular higher education. This is, it seems to me, a little odd. Whilst on the one hand, for example, he seems to recognise the force of George Marsden’s thesis that there should be Christian scholarship in all areas of the academy, on the other hand, the legitimacy of faith commitment in research is questioned. From my own Christian perspective, two of the book’s important contributions are that it finally nails down the myth of phenomenological objectivity and neutrality, and, that it indicates ways in which particular positions, including faith positions, might legitimately operate within religious studies. Although this requires much more discussion, my point is simply that his nervousness about the legitimacy of faith is reminiscent of the attitudes produced by the phenomenology that Flood critiques and seeks to go beyond.

Finally, bearing in mind the predominantly student readership of Themelios, I should say that I suspect that undergraduates will not find this to be a particularly accessible book. Although, there are helpful summaries at the end of each chapter, and good overviews of the theories he critiques, utilises, and promotes, this is not an introductory text, in that there is a level of technical detail which will deter casual readers or those unfamiliar with the jargon he employs and the disciplines discussed. Nevertheless, this is an important and stimulating book, which should be read by all with a serious interest in the academic study of religions. Certainly, academics and doctoral students working in the field should set aside time to read it.