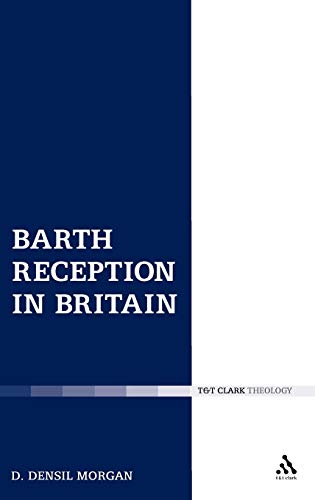 Perhaps at a used bookstore you’ve come across old hard-bound books on the subject of Karl Barth, written by such figures as Adolf Keller or John McConnachie. While these and other books of their time are no longer considered necessary reading for Barth studies, they nevertheless have a significant place in understanding the field, and Densil Morgan takes it upon himself in this volume to make this place clear by writing the history of the reception of Barth’s theology in Britain. The project is ambitious, canvassing half a century, a world war, and several distinct regions in Britain. These factors alone make this a daunting project, but Morgan adds a further layer of complexity in that he brings to the discussion a thorough awareness of the history of Christianity and theological study in Britain, such that he works not only with monographs and articles written on the subject of Barth’s thought, but also works at a far more subtle level, exploring the role of schools, conferences, movements, lectures, and other events so as to provide a fuller picture. Moreover, he is able to fill in the picture with accounts of those who played indirect or behind-the-scenes roles in these developments. In short, this is a work of great depth which shows great command of the material at multiple levels.

The content of the book can be broken up into several sections or periods. The first stage is that of introducing Barth to Britain (with chapters devoted to Scotland, Wales, and England). The second section focuses on the mid-1930s and the events leading up to the second world war—an era characterized by translations of several volumes of Barth’s work. A third section explores Britain’s reception of Barth in wartime and beyond (which includes the growing reaction to Barth as well as a deepening Barthian movement as evidenced by the establishment of the Scottish Journal of Theology). A final section explores the last decade of Barth’s life and the completion of the translation of the Church Dogmatics into English. A brief postlude carries the work up to 1986, but the current state of Barth reception in Britain is left for another time.

For those steeped in Barth and his interpreters, this is a helpful book in several ways. First, it provides a historical framework for appreciating the work of previous generations of scholars. Second, Morgan’s comments about P. T. Forsyth are of great interest, showing how he prepared a generation of students ripe for Barth’s influence. Third, Morgan brings the thought of Welsh scholars into the discussion—a feat that relatively few are competent to do.

What might the value of this book be for theologians with only a passing interest in Barth? The benefits are indirect, but significant nonetheless, in that they offer a qualitative study of significant theological change on a large scale and many of the dynamics involved in such a change. First, the change was in many ways a generational phenomenon (cf. p. 150). Second, the change was slow, with many setbacks, and in this case made particularly difficult by language-barriers and deeper divides in modes of thought. Third, the vehicles for change included publications, conferences, and lectures, but were also greatly helped by students travelling to study with Barth and Barth’s own travels. In other words, theological change—and the theological task itself—is a very public and social enterprise, and the changes within the field were accomplished by a range of social interactions extending far beyond the printed word. In sum, by chronicling the path of this development Morgan reveals just how difficult it is to accomplish significant change within the theological world. Different theological traditions, modes of thought, languages, political alliances, financial structures—all these come together to form a complex reality with multiple barriers preventing (and sometimes facilitating) change.

This valuable contribution to Barth studies begs for a sequel: Barth reception in America. The work of Cornelius Van Til in shaping early reception of Barth in Reformed circles, the role of Princeton and Yale seminaries, the way that Barth’s thought was used within the Southern Baptist church, the Fundamentalist reaction to Barth as seen during his visit to the America, the current explosion of interest in Barth across American seminaries and universities—these and other topics call for a treatment of the same caliber as that of Morgan’s work and would be greatly welcomed for two reasons. First, it is an area of considerable historical interest worth considering for its own sake. Second, and perhaps more significant, such a study would offer insight into the sometimes hidden fault-lines along which Barth studies in America continue to struggle, particularly in evangelical circles.

In sum, Morgan’s work demonstrates great command of the material. While the book will be of most interest to Barth scholars interested in piecing together the history of Britain’s interaction with Barth’s thought, it will also be of value to those interested in how a significant theological movement ran its course. Finally, while this book is of great value, it begs for a sibling account of Barth’s reception in America.