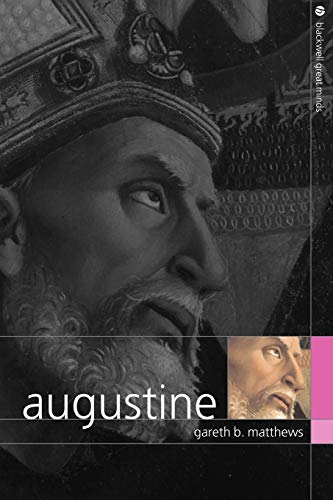 Written by Gareth B. Matthews Reviewed By Scott Harrower
History and Historical Theology

In Augustine, his latest work, Matthews contributes soundly to current Augustinian studies. The purpose behind the book is stated clearly: ‘Augustine is not so widely recognized today as an important philosopher. I hope this book will make a modest contribution toward correcting that imbalance’ (6).

The very short, first chapter quickly demonstrates Augustine’s significance for those of us who operate within a Cartesian thought-world. Chapter 2 is a brief introductory overview of Augustine’s life and context, while chapters 3 and 4 deal with scepticism and the problem of language. These are written very carefully and make a valuable contribution to our appreciation of Augustine in his time, while providing a helpful launching point for engagement with contemporary postmodern thought worlds.

Chapters 5, 6, and 7 deal with related issues as Matthews takes us through ‘the Augustinian cognito’, ‘mind-body dualism’ and ‘the problem of other minds.’ Together with chapter 9, which deals with time and the first person perspective, these chapters are the most relevant to current philosophical movements. The chapters that follow are less relevant to today, but do establish Augustine as an original thinker.

However, it must be noted that Matthews takes the book in a somewhat different direction when he treats Augustine’s understanding of ‘faith and reason’ and ‘foreknowledge and free will’ in chapters 10 and 11. While potentially helpful, these chapters do not really add to the book as they are full of the standard material one would read on such topics, most readers would be familiar with this material.

By contrast, the next chapter, ‘the problem of evil’, is helpful as Matthews breaks down the problem(s) of evil and demonstrates Augustine’s thought in context, as well as providing some helpful apologetic tips on the way through!

Finally, in chapters 13, 14 and 15, which discuss Augustine’s views on ‘wanting bad things’, ‘lying’, and ‘happiness’, Matthews demonstrates that Augustine was indeed a ground breaker, to whom many are indebted.

Matthews’ style throughout the book is very easy to read. He includes many lengthy quotations whether this be Augustine, Hume, or Zeno. Matthews breaks down each person’s arguments into statements, thereby demonstrating their line of thought, and thus the force of their argument. It is clear where logical steps are taken (or mis-taken!) and what related assumptions are promulgated.

This is a very good book. It will prove useful for all graduate and post-graduate students, as well as any armchair philosopher and theologian!