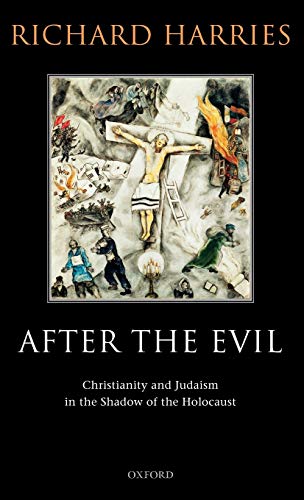 Richard Harries writes from long experience of Jewish/Christian dialogue, particularly through the Council of Christians and Jews in Britain. He conveys something of the dynamic of this dialogue over the last twenty years, and makes interesting observations on its different stages. He is keen to find common ground between Judaism and Christianity; but, well aware of the pitfall of religious relativism, he insists that progress depends on both sides affirming their own distinctive. So far, so good.

Harries, however, writes with the deliberate aim of rehabilitating Judaism among Christians. He sees those who practise Judaism as having a valid relationship with God, so that Christians have no need to evangelise them. Indeed, he would have Christians learn from Judaism, as well as Jews from Christianity. He views the two religions as ‘living in inescapable partnership with one another’ (126). The implications of this are not worked out in detail, though Harries would probably be unhappy with any suggestion that he was advocating some sort of hybrid.

Harries would not be too worried that it is impossible to square his enthusiasm for Judaism with key parts of the NT. But it is also remarkable that he has not considered the problems of defining Judaism at the beginning of the 21st century, when Jewish identity is conveyed more by common history and by shared cultural practices than by adherence to a religion. He may be aware that Judaism both in Jesus’ day and still more at present is pluriform, but in practice this has little bearing on his analysis. Instead, we are left with a rosy-eyed picture of contemporary Jews. I am amazed, for example, that Harries can declare: ‘When I see a Jew, l will continue to pray, “Blessed art thou, O Lord our God, King of the Universe, for you faithful people the Jews. May they be blessed and a blessing to others”.’ (139) Does he mean this for all Jews, including the avowedly secular among them?

Unreality also affects the crucial issue of the state of Israel. Harries produces a thoughtful theological rationale for the Jewish state, based on the earlier work of James Parkes. But the Jewish state was built up on secular Zionist premises and a United Nations resolution; and it is this that must determine our assessment of Israel, not some theological might-have-beens. That is not to overlook Harries’ more sombre appraisal of the current impasse in Jewish-Palestinian relationships, and the predicament of the modern city of Jerusalem in particular. These bring us closer to the realities of the situation and are among the best sections in the book.

Reasonably enough, Harries affirms that in religion we must be guided by the claims of truth, but it is difficult to avoid the conclusion that at key points pragmatism has taken over. For example, he asserts that Jesus left open the question of whether he was the Messiah. This conveniently allows Harries to have a Jesus who can affirm at the same time Judaism (presumably of a rabbinic sort) and Christianity. And yet no scholarly argument is adduced for such a precise and controversial historical appraisal of Jesus.

In short, Harries provides invaluable insights into the nature and recent history of Jewish/Christian dialogue in leading Anglican and to a lesser extent Roman Catholic circles. Consciously or otherwise, he raises important issues about the limits of such dialogue. It may well be that the participants are drawn closer together, but what gain is that when both sides wander increasingly from their respective orthodoxies?