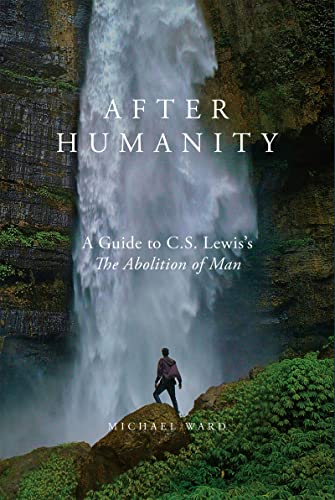 After Humanity: A Guide to C. S. Lewis’s The Abolition of Man

In 1999, National Review named C. S. Lewis’s 1943 book, The Abolition of Man, one of the top one-hundred books of the twentieth century. This stands in contrast to Lewis’s perception of the reception of the volume in his lifetime. About a decade after it was published, Lewis complained that it had not gotten the attention it deserved. In comparison to some of his more popular works of the time, it may have indeed been a slow seller. However, the reality is that The Abolition of Man may be the most significant of Lewis’s works in the long run. Given the power and popularity of volumes like Mere Christianity, Miracles, The Four Loves, not to mention his fiction works, this is no small claim, but it is not outlandish.

The Abolition of Man is so significant that it is frequently referenced in works that consider epistemology, modern culture, education, politics, and other disciplines; its impact is wide ranging, as Lewis gets at the heart of the malignancy of modernity. Within the expansive amount of secondary literature on Lewis and Inklings studies, there has been an exponential growth in books and essays that that wrestle with the main ideas of The Abolition of Man. However, Michael Ward’s recent book, After Humanity, is the first volume to serve as a reader’s guide or commentary on the original work.

Ward is a prominent Lewis expert, having written Planet Narnia: The Seven Heavens in the Imagination of C. S. Lewis (Oxford: Oxford University Press, 2008) and other volumes that are much debated and often highly appreciated by Lewis scholars. His most recent book demonstrates his deep knowledge of Lewis’s large and varied corpus, as he ties together cross references, background, and biographical data to flesh out the content of Lewis’s original work and deepen the contemporary reader’s understanding of the volume.

After Humanity consists of eight chapters. In the first six chapters, Ward introduces The Abolition of Man with discussions of its reception, cultural surroundings, an overview, its philosophical framework, its background, and its legacy. These are very concise chapters that are helpful for those who are encountering Lewis’s book for the first time. Chapter 7 is the bulk of the volume at over one hundred pages. Ward subdivides this chapter into four sections that relate to the sections in The Abolition of Man. He deals with the frontmatter, the three lectures that comprise the heart of Lewis’s book, and the appendix to The Abolition of Man. Much like a biblical commentary, Ward breaks down Lewis’s prose into sentences and phrases. He also provides a great deal of supplementary information that enriches the experience of reading one of Lewis’s most tightly argued treatises. Ward concludes the volume with an essay reflecting on the entirety of Lewis’s book, moving from the very particular to the broad sweep of its overall argument. The book also includes discussion questions, which will enhance the use of the volume for the individual or study group, as the two books are read together.

Ward’s book is an example of how someone produces a critical edition of a volume that is still under copyright. The Abolition of Man is so significant that it warrants deeper study; however, since it was originally published in early 1940s, there are many cultural references that are becoming increasingly obscure to contemporary readers. Ward illuminates many of these dated references. Having the explanations separate from the original text is valuable because it leaves Lewis’s content unconfused by excessive notes. The difficulty with Ward’s approach is that reading the two books simultaneously requires dexterity, coordination, and several bookmarks. But the extra effort is worthwhile.

The challenge of any commentary is that secondary material can sometimes overwhelm the content of the primary source. Additionally, commentaries sometimes posit as certain connections that are possible but largely drawn from conjecture. Ward uses secondary material to illuminate the content of The Abolition of Man while keeping that book and its ideas at the heart of the discussion. Though there are divergent theories on some elements of Lewis’s work, Ward stays away from unnecessary rabbit trails. This avoids the first challenge. The second challenge is mitigated by appropriate caution. In places where the connection is absolute, as when Lewis is referencing a classical work, Ward is firm. Those ideas that are conjecture tend to be more carefully qualified and are not presented as more than they are.

As the acid of modernity continues to erode so much of humanity, The Abolition of Man will only tend to grow in significance. Ward’s book will enhance access to Lewis’s book, and thus will be a useful book for decades to come. After Humanity is not the sort of book that can be read well on its own; one must have the primary source to make much sense of what Ward is doing. However, for those struggling to understand the trajectory of Western culture or simply seeking to understanding the work of C. S. Lewis better, After Humanity is a valuable addition to the bookshelf, though it should not be read apart from the book it is designed to complement.