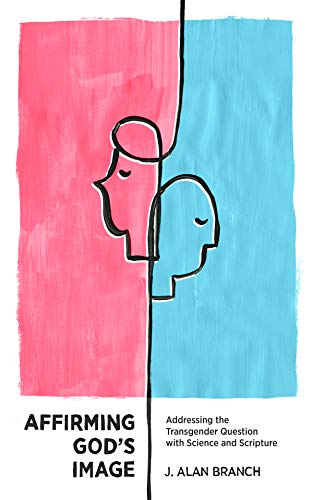 With the expressed goal of joining “conviction and compassion in an evaluation of transgenderism” (p. 4), J. Alan Branch’s Affirming God’s Image is a wide-ranging investigation of the social, historical, theological, ethical, medical and pastoral dimensions of the transgender phenomenon. Branch’s basic conviction is that transgenderism is “an identity rooted in multiple causes and is completely inconsistent with Christian ethics” (p. 4). Nevertheless, given the mysterious aetiology of gender dysphoria, as well as the fact that people do not choose to experience it, Branch is also deeply concerned that “a Christian response should always be expressed with a tone of mercy” (p. 130). This combination of clear-headed conviction and heartfelt compassion is successfully maintained throughout the book.

The book begins with two chapters that set the stage: “The History of Transgenderism” (ch. 1) and “The Vocabulary of Transgenderism” (ch. 2). As well as alerting us to the challenge of doing Christian ethics on a changing playing field, these chapters helpfully explain how the massive shift in the sexual ethics of western culture has occurred and what all the new terminology means (e.g., transgender, cisgender, neutrois, agender, bigender, genderqueer, gender fluid, gender expansive, etc.).

True to the word “science” in the book’s subtitle, and displaying an impressive degree of familiarity with and insight into the mounting body of scientific literature on the subject, the book also contains four important and carefully researched chapters on “Genetics and Transgenderism” (ch. 4), “The Brain and Transgenderism” (ch. 5), “Hormonal Treatment of Gender Dysphoria” (ch. 6) and “Gender Reassignment Surgery” (ch. 7). On the basis of his findings in these chapters, Branch draws two important conclusions. The first is this:

In other words, Branch is not denying the possibility of their being a biological component to the experience of gender dysphoria, but simply stating the current state of scientific play: none of the suggested biological factors (e.g., the interstitial nucleus of the anterior hypothalamus 3 [INAH3], the bed nucleus of the stria terminalis [BNST], or having a certain brain type) has been shown to be either necessary or sufficient to cause gender dysphoria. In other words, acknowledging the possibility of “a biological component as a contributing factor to transgenderism … is a far cry from affirming biological determinism” (p. 79).

The second conclusion is that “the best research to date indicates that mental health outcomes do not improve in the long run for postoperative transgender people when compared to transgender people who have never had surgery” (p. 139). Therefore, while Branch appreciates that “someone must be quite desperate indeed if they think such a procedure will end their suffering” (p. 139), the path of Gender Reassignment Surgery (GRS) is not only riddled with risks and complications, but it also “does not resolve underlying issues for many people and the surgery in fact does not bring the hoped-for peace” (p. 105). Furthermore, GRS “is not a morally acceptable option for Christians experiencing gender dysphoria” (p. 94). The better treatment path for all who are afflicted with this burden and its attendant temptation is “to find ways to help them cope with their condition in a manner consistent with God’s design as opposed to reordering their bodies via surgery” (p. 139).

The theological heart of Branch’s argument is found in chapter 3: “Scripture and Transgenderism.” Here he briefly examines the meaning of humanity’s creation in the divine image, the significance of the male and female form of that image, the impact of the Fall, and the reality of disorders of sex development (i.e., intersex conditions). He devotes a little more space to exploring the Old Testament’s teaching on the importance of maintaining and expressing gender-appropriate distinctions (e.g., Deut 22:5), the New Testament’s reaffirmations of sex-based gender roles (e.g., Eph 5:21–33; Col 3:18–21; 1 Pet 3:1–7), and the relevance of Jesus’ teaching about eunuchs (Matt 19:12). He also explores the possible overlap between those with disorders of sex development and those whom Jesus describes as “eunuchs from birth” (Matt 19:12). Branch wisely concludes that “it is difficult to narrow Jesus’ first category of eunuchs to this specific class of people alone, as the category could also possibly include congenital impotency” (p. 47).

Given that some transgender people desire “to play the part of the opposite sex in sexual intercourse” (p. 48), Branch also investigates the biblical connection between transgenderism and homosexuality, especially via Paul’s linking of “homosexuals” (Gk. ἀρσενοκοῖται) with “the effeminate” (Gk. μαλακοί) in 1 Corinthians 6:9. This leads him to a specific conclusion and to a more general conclusion. The specific conclusion is that, because of its pairing with ἀρσενοκοῖται, Paul’s use μαλακοί in this context is a specific reference “to the passive partner in male homosexual intercourse” (p. 49). His more general conclusion is that “the New Testament offers no option for transgender behaviour as a legitimate form of sexual expression” (p. 52).

In regard to the relationship of body and soul in Scripture, Branch concludes that “we are a body-soul unity” (p. 41). Consequently, whenever anyone claims to have “the soul of one gender trapped in the body of another gender, they are making a false claim based on an inadequate understanding of Christian anthropology” (p. 50). This, however, does not mean that a gender dysphoric male has to deny his experience of incongruence. Rather, he can honestly say, “I am a male made in the image of God with both a body and soul, but I am experiencing confused feelings about [my] gender right now” (p. 50).

In his final chapter (ch. 9), “Transgenderism, Christian Living, and the Church,” Branch addresses a range of pastoral challenges, including pronoun use, bathroom use, how to support parents with a gender dysphoric child and how to counsel someone who has undergone gender reassignment surgery and has now come to faith in Christ. On this last point, Branch offers the following advice:

First, we must be very clear that when a Christian receives Jesus as Lord, that means he is Lord of every aspect of a person’s life, including gender and gender expression. Second, our consistent message should be that God’s plan is for people to embrace their birth sex. Third, we must emphasize that being a Christ follower means we live a life of repentance. For someone who has altered his or her body through GRS, this means acknowledging the sin of bodily mutilation and rejecting God’s design. Genuine repentance will find a way to embrace one’s natal sex in an appropriate way. (p. 140)

Affirming God’s Image provides a model of faithful, evangelical, ethical reflection with a critical scientific eye and a keen pastoral edge. In terms of the balance between scientific investigation and Scriptural exploration, however, it is heavily weighted toward the first. This is clearly intentional but highlights my only (mild) disappointment with the book. In my view, it could easily do with another (or perhaps a longer) biblical chapter, rather than one of only seventeen pages. (A suggestion for the second edition perhaps?) This would give the work even deeper exegetical roots and greater theological strength.

Nevertheless, as it is, the book is a timely gift to the church. It is carefully researched (the endnotes are extensive), accessibly written (with “Key Points” at the end of each chapter), scripturally sound and pastorally wise. Highly recommended. 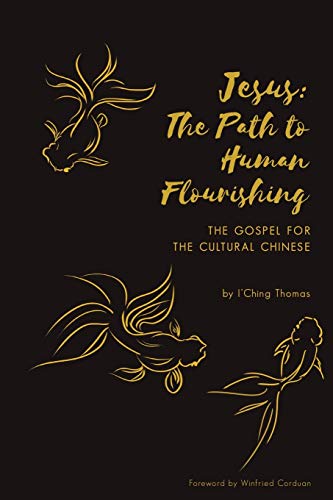