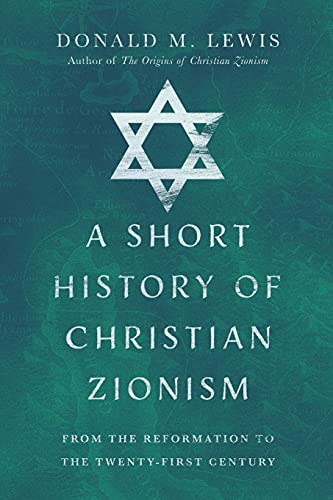 A Short History of Christian Zionism: From the Reformation to the Twenty-First Century

Christian Zionism represents an important movement that is often closely identified with theologically and politically conservative evangelicals, especially (but by no means exclusively) in the USA. Theologians debate the relationship between Israel and the church, the nature of the land promises in the Old Testament, evangelistic initiatives directed toward Jews, and how all these issues and more intersect with eschatology. While Christian Zionism is often associated with dispensationalism, recent years have witnessed the advent of a New Christian Zionism that has attracted scholars who do not identify with classical or even progressive dispensationalism.

Christian Zionism has also attracted significant attention from historians, who have explored the origins of the movement, discussed the role Christian Zionism plays within American evangelicalism, and attempted to discern its relationship to the Religious Right. Regent College historian Donald Lewis, a distinguished scholar of global evangelicalism, is keenly interested in all these questions. He previously published The Origins of Christian Zionism: Lord Shaftesbury and Evangelical Support for a Jewish Homeland (Cambridge: Cambridge University Press, 2009). In his newest book, A Short History of Christian Zionism: From the Reformation to the Twenty-First Century, Lewis attempts to bring together the best insights of recent scholarship in a coherent narrative. The results are impressive, offering a helpful introduction to a movement that continues to evolve in response to both theological trends and geopolitical developments.

The first five chapters of Lewis’s survey address what might be called proto-Zionist tendencies among some of the early church fathers, Reformation theologians, English and American Puritans, and German-pietists. He shows that Christian thinkers debated how the Jews and their land fit within God’s purposes long before the advent of dispensationalism. Many theologians believed that there would be a mass conversion of the Jews to faith in Jesus and some advocated a restoration to their ancestral lands in Palestine. This is noteworthy because many scholars identify Christian Zionism and dispensationalism as nearly synonymous. Lewis shows that the roots run much deeper in Christian history.

The middle chapters turn to Christian Zionism in Great Britain and the USA between the nineteenth century and the creation of the modern state of Israel in 1948. Much of this material will be familiar for scholars of Christian Zionism: Jewish-Christian alliances, the idea that God blesses nations that support the Jews, the prophecy conference movements in the English-speaking world, the Balfour Declaration, the English protectorate period in Palestine, Harry Truman’s unexpected support for the creation of Israel, etc. But Lewis also unearths additional insights less widely known.

For example, Lewis makes a helpful distinction between restorationism, the idea that the Jews would be restored to the land because of God’s promises, and dispensationalism, which is a particular form of Christian Zionism. He argues that historicist premillennialists were often just as inclined to restorationism as dispensational premillennialists. He shows how a number of the English diplomats who first allied themselves with Jewish Zionists hailed from evangelical backgrounds sympathetic to restorationism. He highlights continuities and discontinuities between John Nelson Darby’s dispensationalist views of the Jews and those of later dispensationalists such as William Blackstone, demonstrating there was never such a thing as the dispensational understanding of when Jews would experience mass conversion and be restored to the land, and of how those events relate to the rapture and millennium. He notes that some evangelical supporters of Zionism ironically became less committed to Jewish evangelism, focusing on their role in fulfilling prophecies about the land and leaving the converting up to God at some point in the future.

The final chapters bring the narrative from 1948 to the present day, including helpful discussions of major Christian Zionist organizations and trends within the movement. Dispensationalists and other non-dispensational Christian Zionists, such as the mainline theologian Reinhold Niebuhr, became key advocates of the nation of Israel and at times influenced US foreign policy in the early years of US-Israeli relations. A growing number of American Christians began to make pilgrimages to Israel. Support for Israel became a key plank of the Religious Right, influencing Republicans and even some Democrats. Evangelicals debated whether and how much to focus attention on evangelizing individual Jews. At times there have been tensions between evangelical support for Jews as a chosen people and moderately antisemitic views of Jewish influence on American culture, even among such notable figures as Billy Graham. Similar to how Russian and later Communist oppression of Jews influenced an earlier generation, the threat of radical Islamic regimes to Israel has motivated contemporary Christian Zionists.

Lewis’s survey of recent theological trajectories within Christian Zionism is insightful. Increasingly, Christian Zionism has come to be less identified with dispensationalism and more closely tied to the prosperity gospel promoted in some Pentecostal and charismatic circles. This prosperity-oriented Christian Zionism has been exported more widely to believers in the majority world and exerted considerable influence on the Trump Administration through some of the President’s key advisors. Lewis also suggests the New Christian Zionism is new only in the sense that it is not classical dispensationalism. The loose-knit coalition includes some progressive dispensationalists, some non-dispensational restorationists, Jewish converts to Christianity, and even some Niebuhrian Christian realists. As helpful as these discussions are, one topic that seems curiously underdeveloped in Lewis’s study is messianic Judaism. While he touches on the topic here and there, much more could be said about the place of this tradition within the wider orbit of Christian Zionism.