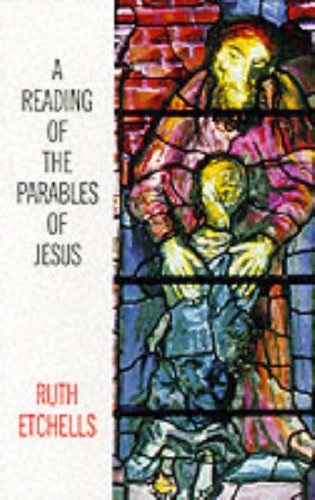 A Reading of the Parables of Jesus

A funny thing happened last spring as I went to order supplementary texts (in addition to my own) for my triennial elective on Jesus’ Parables. Every single one I had used the last time (Jeremias, 1972; Kistemaker. 1980; Wenham 1989; and Sider 1994) had gone out of print! In fact, 1 could not locate another reasonably conservative text that treats eveny Gospel parable. Needless to say, the arrival of Etchell’s volume this summer sparked my interest. The back blurb heralds it as an ‘important and ground-breaking’ application of literary criticism to the parables. The author is ‘a lay-theologian’, former principal of St Johns College in Durham where she taught English and theology.

Etchells divides the parables thematically into those on God’s sovereignty, right humanness and the last things and discusses how each functions as both metonymy and metaphor. Metonymy here refers to how the story line hangs together as a coherent, generally realistic whole. Metaphor refers to the symbolic level of meaning, often, though not always triggered by a surprisingly unrealistic element. Etchells deliberately does not interact with scholarship but she has clearly read widely. Her comments form a generally reliable guide to the meaning and function of the parables, although it is not clear where she stands on conventional tradition criticism. Sometimes texts in their canonical form and setting are treated as equivalent to what Jesus himself meant, sometimes only the Evangelists’ intentions are said to be in view, and occasionally the two are distinguished.

Once in a while creative thoughts appear. Is Christ the gardener in the parable of the barren fig tree? Is Luke 16:16 the key to uniting the parables that surround it? Is Noah’s flood the key OT text behind the parable of the two builders? A few improbabilities occur, too. The prodigal’s request for his portion of the inheritance was not standard: the woman’s ten coins do not mark her out as particularly poor; and the mustard seed, leaven, and seed growing secretly are no longer generally understood as focusing most on the period of growth. A recurring theme involves Jesus’ message of hope, balanced by the inevitability of judgment for those who insist on rejecting salvation.

The book is nicely and imaginatively written, though I did have to look up five new words for me (‘minatory’, ‘temporise’, ‘distraint’, ‘cantatory’, and ‘choric’), and I found the style that tolerated 83 sentence fragments (and I am sure missed some) in 200 pages distracting, if not distressing.

Despite the publisher’s promotion, I found little here that was ‘important and ground-breaking’, given the quantity of recent parable research. But if we’ve reached the stage where publishers must take so many books out of print every 3–5 years, then presumably the same tasks must be repeated simply to preserve key ideas in print! This book does that quite well. If it survives another three years I should even like to require it of the students in my elective.