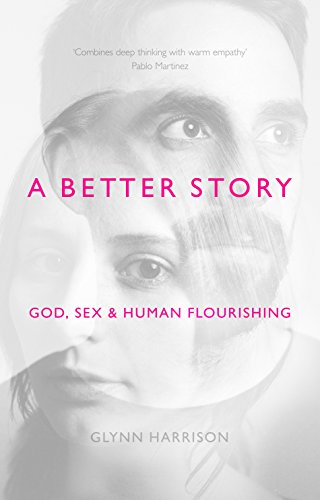 I ought to say from the start that I am an unabashed enthusiast for this book and have been busy commending it since it was published.

The author is a psychiatrist, Professor Emeritus of Bristol University. He is a theologically well-informed evangelical. Importantly, he belongs to the generation which has lived through the sexual revolution and seen the results. He speaks with authority.

As the title indicates, his thesis is that the biblical faith constitutes a demonstrably better story than that which has propelled the sexual revolution, and that we need to do all that is necessary both to keep Christians adhering to the truth and also to show the world that there is a better way to be human. His fear is that the Christian leadership has timidly fallen silent and that ‘[c]onfused and ashamed, some young evangelicals have already begun salami-slicing their convictions about the authority of the Bible’ (p. xv).

The book falls into three parts. The first, titled ‘A better understanding’ (chs. 1–7), is an analysis of what has happened to turn the world upside down and how it has happened. Harrison rightly calls this a revolution, and begins by describing the ideology, moral vision and story-tellers of the revolution. He links the radical individualism of the new ideology to ancient Gnosticism and shows how it turns us inward to the inner self, making gender something which emerges from individual choice rather than biology. This creates a subjective morality often focused on individual needs rather than general principles. The revolution then proceeds by telling stories which have the power to erode and subvert such big and sacred values as the sanctity of life.

Harrison is excellent at describing the power of the revolution through narrative and through heroic individuals who garner support by standing against the ruling principles in the name of compassion. He isolates the three-part structure of the revolutionary narrative: heroic individualism, a redemptive trajectory and a clear moral vision. He then goes on to show how shame is used against those who disagree, making it deeply uncomfortable to hold Christian views in the contemporary world. Christians, not least young people, are face to face with ardent moral crusaders, who are immensely persuasive precisely because they use stories, appeal to emotion and impute evil to those who disagree with them.

At each point, Harrison challenges us as Christians to recognise that we are now in a very different world and that our approach to cultural engagement must reflect this. In a telling analogy, he describes us as being ‘the away team’ rather than ‘the home team’ (p. xv) and challenges us to adopt strategies suitable to our new reality. Not least should we be self-critical, recognising that some of the power of the sexual revolution has arisen from the mistakes of Christians in our own teaching and behaviour.

The second part of the book begins ‘A better critique’ (chs. 8–11). Harrison here provides us with the evidence of the failure of the sexual revolution:

The bravado of the sexual revolution, with its clarion call of freedom and liberated pleasure, has turned out to be a weak, vulnerable thing needing constant coddling by an army of agony aunts and sex therapists. And because it never quite delivers, people end up thumbing through a copy of Fifty Shades of Grey, or making yet more swipes of the Tinder app, or another visit to a pornography site. (p. 94)

He concludes, ‘the sexual revolution is failing to deliver on one of its central promises’ (p. 99); namely, more and better sex.

Part 3 (chs. 12–17) shares the title of the book—‘A better story’—and skillfully works through the various ways in which the biblical vision of sex ‘connects us with heaven’ (ch. 13), ‘confronts shame and puts the gospel on display’ (ch. 14), and ‘opens the road to flourishing’ (ch. 15). In a particularly illuminating and helpful chapter (ch. 16), Harrison gives advice on how we are to put our story together with some ideas on living it out. He will have none of the suggestion that our attitude to sex is a matter of adiaphora and that we can all afford to get on with one another despite diametrically opposed ideas: ‘It is tempting to think that we can simply pick and mix from God’s moral law, depending on the contingencies of culture. But the biblical vision for sex is like a sweater with a loose thread hanging out: if you pull at it, eventually the whole thing unravels’ (p. 184). Harrison concludes by demonstrating that “the away team” has the better story, that the biblical view of sex and marriage make complete sense and serves human flourishing, whether we are single or married.

Here is a book full of common sense and uncommon facts—that is, facts not commonly acknowledged. Furthermore, Harrison is deeply interested both in how we guard Christians in a world so viscerally opposed to what we teach and also how we commend the better story to those who will listen to it. He explicitly challenges us to do the deeper intellectual work required to help us live this out in daily life. There is, of course, much more to be done to give us a substantial and detailed exposition of the biblical view of sex than he attempts in this work. But what he does say is on target.

We frequently hear from Christians who sigh about our apparent obsession with sex and advise us simply to get on preaching the gospel. This superficially attractive advice is, in fact, untenable. The world we live in is sex-saturated. We can hardly avoid addressing the subject if we wish to apply the gospel, challenge people to live in a godly way, and protect the faithful. At a deeper level, when we consult the Scriptures themselves, we see that the whole business of sexual relations is very much connected to our humanness. At any period of human history, it would be right to give attention to this subject if we wish to understand who we are and how we are to please the Lord. Since there is a close biblical connection between the abuse of sexuality and idolatry, if we wish to analyse the false religions of humanity, we will need to talk about sex.

In particular, the advice to stop talking about sex and instead to just preach Jesus, would, if embraced, lead to a false gospel. For it would mean that one of the chief gods of this age would not be mentioned and therefore some of the chief sins of this age would not be labelled. In the end, a gospel without repentance would be the result and that is no gospel at all.

Harrison’s book has much good advice about how we are to play as ‘the away team’ and much encouragement about ‘the better story’ which we have. It is accessible, challenging and addressed to all Christians. I retain my enthusiasm.