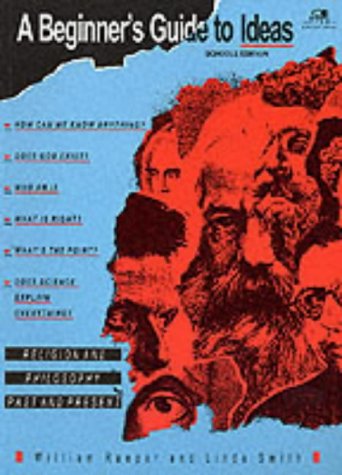 A Beginner’s Guide to Ideas: Religion and Philosophy Past and Present

A welcome addition to the treasury of Lion Educational Books, this Guide is designed as a manual for sixth-formers doing RE and General Studies. Teachers of RE will likewise find it to be a valuable source of information on a diversity of subjects within the range of philosophy and religion.

The Guide has several admirable features: it is attractively presented, lavishly illustrated, and divided into 45 units which lend themselves to flexible programming. There are extended captions for the illustrative components, scores of marginal quotations from the ancients and moderns. Bar charts are provided to set out the dates of the leading thinkers discussed. Questions are included to encourage students to delve deeper into the recesses of philosophy and religion. One serious omission is that of bibliography, both as a spur for advanced reading, and as a help in enabling the inquirer to place the quotations in literary context.

Part IX on Christology and Part X on the Bible match the primary aims of the publishers. Here the quotations are carefully selected as well as being effective and heart-warming: Luther, Pascal, C.S. Lewis and Bonhoeffer. There could be no more eloquent spokesmen for the cause of Christ.

The section on politics sets out three options: Plato’s aristocracy, Machiavelli’s opportunistic polity and Marxism. The champions of democracy are herded together in a chronological chart with little explanation as to why they figure there. A note on the collapse of Communism in its heartland would have been opportune.

Surely ethics warrants a section of its own in the overall scheme. What we have instead in Part XII is a miscellany on relativism. Why Kant should be numbered among the relativists is not made clear. His moral philosophy is as near to absolutist ethics as one can find anywhere. William James’ pragmatism as described by the authors does not sound like moral relativism. The third unit of this part is largely taken up with Islam’s claim to offer absolutes peculiar to its way of life. The case for relativism has neither been made nor disproved.

I enjoyed Part XIV on feminism with its chain of quotations both witty and provocative. The conclusion points to a Christian vision ‘that gives hope to women and will help build a better world’ (p. 190). ‘New Age’ seems to me a fashion soon to be discarded, but may be a useful umbrella term to cover theosophies, cults and syncretistic trends spanning the millenia. The final unit of Part XV provides an excellent summary of the Guide’s contents and intent, rounded off with even more basic questions for the reader to ponder.

Undergraduates and non-specialists in general will benefit from consulting this work. It is for those who, like Socrates, are too modest to call themselves philosophers, but love wisdom for its own sake.