Baylor University professor of history Barry Hankins opens his biography of Woodrow Wilson with a famous anecdote. Allegedly, when Wilson was elected a ruling elder at Second Presbyterian Church in Princeton, New Jersey, his father remarked that he’d rather Wilson be a ruling elder than president of the United States.

Of course, Wilson would be both, and Hankins’s new book, Woodrow Wilson: Ruling Elder, Spiritual President, takes its cue from this intersection of Wilson’s religious commitments and his developing political career. As such, this first entry in Oxford University Press’s new series, “Spiritual Lives,” does an admirable job of teasing out Wilson’s religious impulses and demonstrating how they interacted with his leadership roles as president of Princeton University, governor of New Jersey, and finally as president of the United States.

However, Hankins struggles with the specifically Presbyterian aspects of Wilson’s faith (the “ruling elder” part of the title) in part because he tries to make Wilson more Presbyterian than he actually was. By any measure, Wilson was a theological liberal, much more comfortable with liberal evangelicals like the Presbyterian Robert E. Speer or modernists like the Baptist Shailer Matthews than he would have been with J. Gresham Machen. As a result, readers would do well to keep in mind that Wilson was far less ecclesially oriented than the title might suggest.

Wilson clearly loved aspects of his Presbyterian heritage. Born in a Presbyterian manse in Staunton, Virginia, and raised in the shadows of First Presbyterian Church in Augusta, Georgia, and First Presbyterian Church in Columbia, South Carolina, Wilson made a profession of faith as a teenager. He spent a year at the college of southern Presbyterianism, Davidson College, and then took a year off before heading to Princeton and then Johns Hopkins University for graduate work. At some point during his education Wilson not only determined to head toward law and politics instead of ministry, but also imbibed the worldview of theological liberalism. 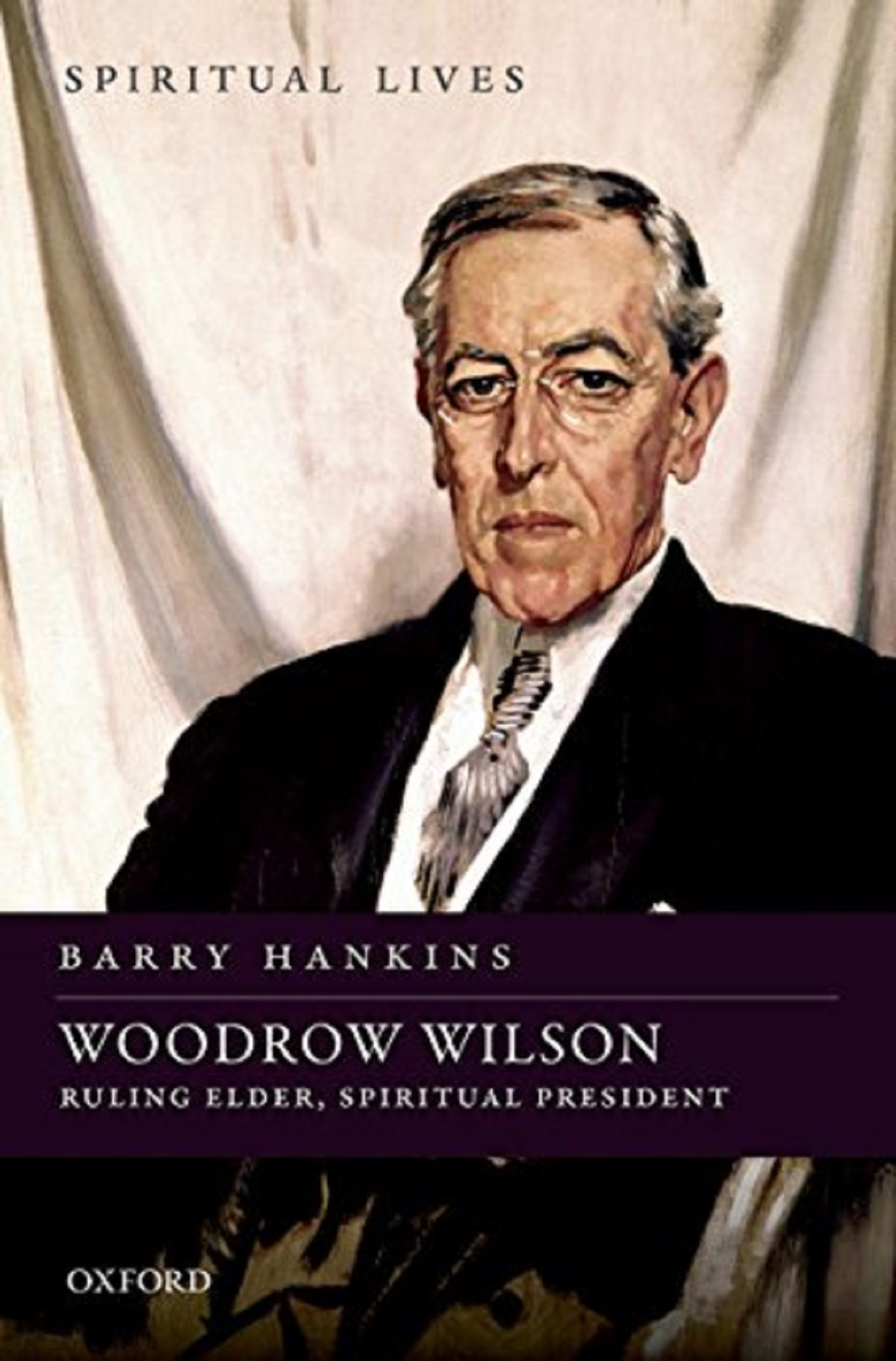 Hankins calls this “the classic two-spheres separation of faith from intellect or religion from science” (52, 71). Drawing from the work of Immanuel Kant, theological liberalism separated knowledge, which is empirically or scientifically tested, from faith, which can only be accessed through intuition or religious sentiment. Faith is a first-order kind of knowing since it’s fundamentally an ineffable experience of the divine; theology is a scientific discipline that rationalizes that experience. Since theology is a human systematization of first-order experience, it can change and develop over time—sometimes in ways that contradict other theological formulations. Whatever one would say theologically, then, one must recognize that theology represents “changing categories for abiding experience” (to use Harry Emerson Fosdick’s phrase). And in other disciplines, it’s better for faith to avoid science or history altogether and remain a private experience that regulates morality.

This theologically liberal worldview explains a great deal about Wilson: his lack of interest in theology and the church generally (51–52); his easy acceptance of his uncle James Woodrow’s evolution or of W. Robertson Smith’s biblical criticism (30–31); his ready distinction between secular and spiritual and his willingness to “secularize” Princeton University (85–91). It also helps to explain why Wilson would boil down his Presbyterian faith to “the spirituality of religion” (212–13). If he betrayed his Presbyterian heritage, it was because—like so many others in his generation—he embraced a worldview that produced what Machen would later call an anti-intellectual and unscientific faith.

As Wilson lived out of this liberal faith, he came to see that salvation had to be “social and collective” and that democracy was the way this social salvation would be accomplished (105). So Wilson moved quite easily into reformist and progressive circles. When he campaigned for governor, he pledged a variety of reforms: revising the tax system, regulating public service corporations and big business, and resisting the power of political machines. As “right, fairness, and justice” were emphasized by governments, there would be a “renaissance, reawakening, revival, [and] reconstruction” for the state (103). Salvation would come as citizens proved moral and as governments proved just; flag and cross would march forward together (106, 136).

Except this approach to faith and life—whether public or private—didn’t actually produce the righteousness it promised. In the public sphere, Wilson’s most obvious and egregious example came in racial injustice. While African Americans had carved out space in a somewhat integrated federal bureaucracy under Republican presidents, Wilson allowed and even encouraged the government to segregate offices, since he believed it was better for blacks. Even though African-American leadership repeatedly remonstrated with him, he continued to allow injustice and unrighteousness to flourish through federally sanctioned segregation (124–35).

The other failure for the social gospel to produce public righteousness, of course, was the Treaty of Versailles and the quixotic crusade for the League of Nations. While Wilson’s intense fight for this mechanism to maintain peace on earth was attributed by his opponents to his “theological or Presbyterian temperament” (200–201), it’s more correct to say his passion was driven by his commitment to the theological liberalism of the social gospel. He honestly believed the powerful nations would be able to protect the weaker in true justice and righteousness. And he was shocked when congressional opponents disagreed.

In the private sphere, Wilson conducted a strange but intense romantic affair with Mary Hulbert Peck, one that apparently wasn’t sexually consummated but was emotionally passionate and lasted from 1907 to 1915. Conducted with his own wife’s apparent awareness but without her full understanding, Wilson wrote hundreds of letters in which he conflated “love for God, romantic love for a woman, and general love for humanity” (177). At various points during the affair he would start writing a passionate letter to his wife, paused that letter to write an equally passionate one to Hulbert Peck, and then return to finish the first letter to his wife. It’s clear that right, fairness, and justice through religious sentiment, experience, and ideals couldn’t produce the righteous life God required either in the public or private realm.

Hankins’s short life of Wilson is suggestive on all of these fronts. And while at times one wished that he hadn’t sought to anchor Wilson in “Old School Presbyterianism,” but instead in the theological shifts of the 19th century’s last quarter (as detailed in William Hutchison’s classic The Modernist Impulse of American Protestantism), Hankins provides enough clues to point to the real nature of Wilson’s spiritual life, one animated by the worldview of theological liberalism.