R. A. Dickey is a man who knows about redemption. He’s experienced it both on the baseball field and also with the darkest secrets of his life.

The New York Mets knuckleballer writes about all of it in his new book, Wherever I Wind Up: My Quest for Truth, Authenticity, and the Perfect Knuckleball. His story is a compelling picture of the gospel and how God can take the most gnarled wreck of a life and restore it to something clean, good, and whole.

As a pitcher, Dickey seemed to be washed up in 2006. He had been a highly regarded prospect at one time, excelling in his college days at Tennessee and even earning a spot on the U.S. Olympic team in 1996. The Texas Rangers thought so highly of him that they selected him in the first round of the 1996 amateur draft.

But what promised to be a great career went south quickly, starting with medical tests that revealed a complete absence of an ulnar collateral ligament in his pitching elbow. That revelation prompted the Rangers to drastically reduce their initial contract offer to Dickey, as they were worried about his injury risk.

Dickey finally debuted with Texas in 2001, though he bounced back and forth between the big leagues and minor leagues for several years. The bottom came in 2006. Though he made the squad out of spring training, Dickey got blasted in his first start of the year—giving up six home runs to Detroit in less than four innings. He could feel the final tatters of his professional baseball career dissolving.

“I want to believe that God has better things in store for me, and that this is not how my baseball life will end,” he wrote. “I want to hold on to hope. I look out at the outfield walls that couldn’t contain the Tigers. There is hope for me, isn’t there?”

That wasn’t the first time for Dickey to experience such hopelessness—such utter despair and confusion. He’d been feeling that way ever since he was a child. Growing up in a broken home, Dickey plodded through childhood with an alcoholic mom and a dad who was sometimes present physically but rarely emotionally.

The beating Dickey took at the hand of the Detroit Tigers was nothing in comparison to the sexual abuse he suffered as an 8-year-old boy at the hands of a 13-year-old female babysitter. She wasn’t the only perpetrator, however, as a few weeks later Dickey was victimized again—this time by a teenage boy. He never told anyone about the abuse until years later.

The accounts are difficult to read. They’re sickening, angering, and heart-breaking.

“I just keep my terrible secret, keep it all inside, the details of what went on beneath the hot, sticky sheets of a Tennessee summer, of the orders and the odor and the hurt of a little boy who is scared and ashamed and believes he has done something terribly wrong, but doesn’t know what that is,” Dickey wrote. “I feel filthy and bad, like the scum of the earth, only worse. I have been stained and it can never be cleaned up.” 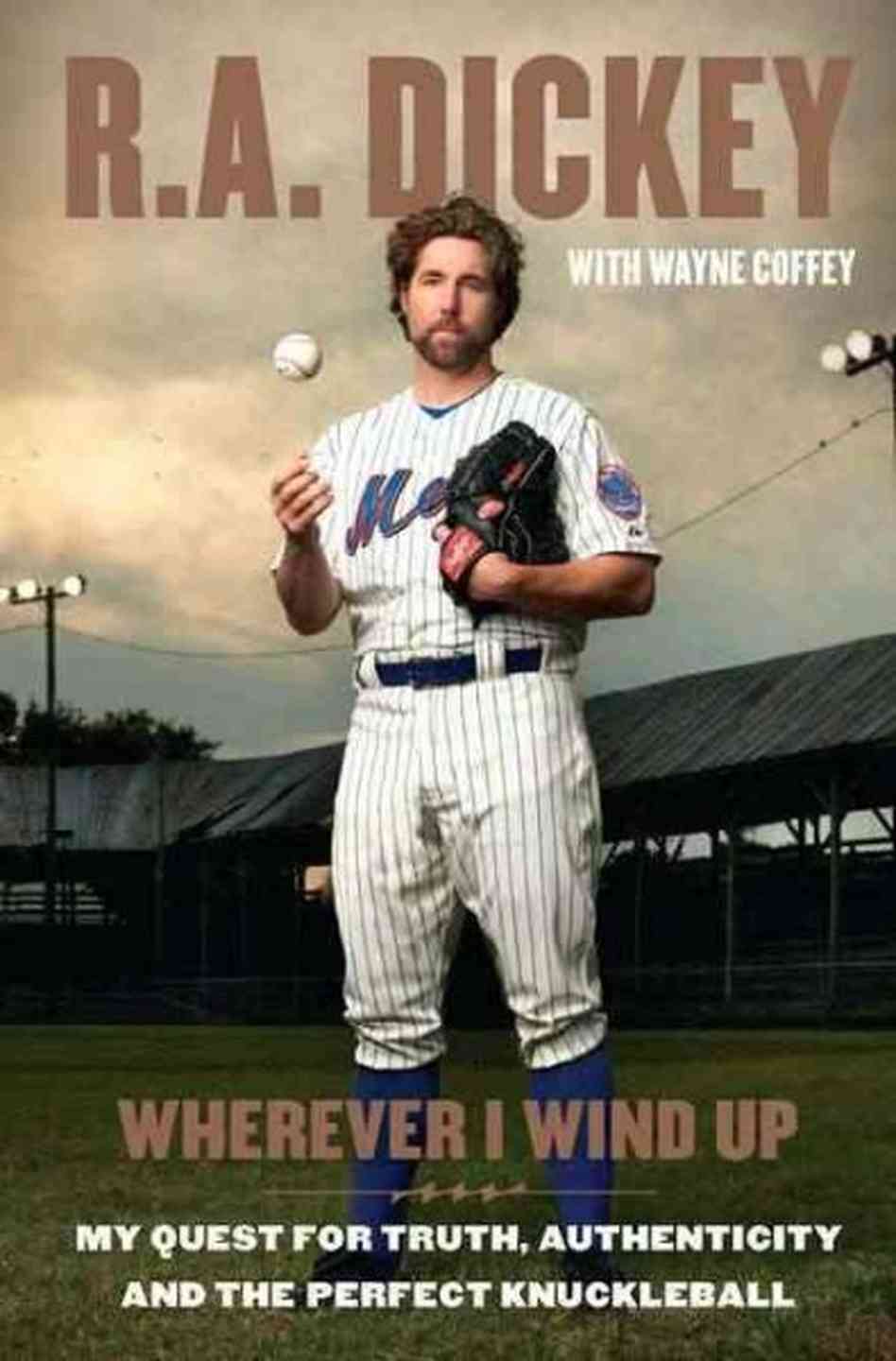 Sustained by his profound Christian faith, the love of his wife and children, and a relentless quest for self-awareness and authenticity, the immensely likable Dickey details his transformation from a reckless, risk-taking loner to a grounded, life-affirming big leaguer. He emerged as one of the premier pitchers in the National League in 2010-and the knuckleballing embodiment of the wonders that perseverance and human wisdom can produce. Dickey views his story as one of redemption. Readers will come to see it as something more-a uniquely American story of beating back demons, listening to your heart, and overcoming extraordinary odds.

Dickey struggled through the next few years, until as a junior high student he made a new friend, a Christian named Bo. Dickey began attending Fellowship of Christian Athletes meetings with Bo, where he heard the gospel for the first time. Dickey began asking questions, and one night at Bo’s house, after a discussion with Bo’s mother, he became a Christian.

“The rest of the night is a blur, but I smile a lot and feel light, comforted by the knowledge that I have a perpetual Companion who loves me and wants to be with me, secrets and all,” Dickey recounted.

Dickey’s conversion wasn’t the end of his struggles, and he is forthcoming about his failings, both as a baseball player and as a man. He was unfaithful to his wife. He had thoughts of suicide. He pulled reckless and stupid stunts that almost got him killed, like trying to swim across the Missouri River. All the while, his career floundered, and Dickey felt like he was one shellacking away from being washed up.

But Wherever I Wind Up is a story of hope and a testament to the power of God to fix what’s broken. Through the help of a counselor, Dickey came to terms with the abuse he endured as a child. He worked to restore his marriage. He started walking more faithfully with the Lord. As a pitcher, he reinvented himself as a knuckleballer and became one of the top pitchers in the league (going 11-9 with a 2.84 ERA in 2010 and posting another sharp ERA of 3.28 in 2011).

While Dickey’s book will be especially appealing for baseball fans, it should also be enjoyable for those who are encouraged by reading about the transformative power of God’s grace. In the final chapter, Dickey writes about his last start of the 2011 season and what he does as he sits in his hotel room afterwards.

“Finally I say a prayer of thanks to God for taking a broken man and making him whole, for being my Redeemer, graciously giving me a second chance as a pitcher, as a husband and father, and as a Christian man,” Dickey writes. “I know my journey is nowhere near complete. The point isn’t to arrive. The point is to seek, to walk humbly with God, to keep walking and keep believing even though you know there will be times when you make mistakes and feel lost. You keep seeking the path, and he will show you the way.”

Tim Ellsworth is director of news and media relations at Union University and co-author, along with Scott Lamb, of Pujols: More Than the Game.