In a debate that has frequently been characterized by heated polemics that simply reinforce everyone in their original positions, Wesley Hill’s voice is a welcome addition.

Washed and Waiting: Reflections on Christian Faithfulness and Homosexuality, Hill’s first book, is a sensitive exploration on homosexuality that approaches the subject not as a social phenomenon or an academic theological question, but as a personal struggle. In his own words, Hill’s story

testifies to the truth of the position the Christian church has held with almost total unanimity throughout the centuries—namely, that homosexuality was not God’s original creative intention for humanity, that it is, on the contrary, a tragic sign of human nature and relationships being fractured by sin, and therefore that homosexual practice goes against God’s express will for all human beings, especially those who trust in Christ.

As Hill’s prose indicates, Washed and Waiting is more than just the history of his struggle to remain faithful while struggling with gay desires. It’s a theologically informed narrative where Hill buttresses his own by interspersing the stories of Henry Nouwen and Gerard Manley Hopkins, both of whom were also gay and celibate Christians.

One final stylistic commendation: Hill, a graduate student in theology, also has a strong literary bent, which makes reading his work as enjoyable as it is edifying. Unlike many other books, though, the anecdotal and literary elements don’t drown out his exegesis or biblical reflection. Hill displays a deep and sound grasp of theology, weaving this insight into his narrative with the skill of a seasoned writer.

Substantively, some readers might be nervous by Hill’s use of “gay Christian” on grounds that it suggests a tacit accommodation of gay desires within the Christian life. But Hill is explicit that “gay” is the adjective and “Christian” the noun, and that “one day . . . whether in this life or the resurrection [his homosexuality] will fade away.” Hill interprets his gay desires through two Pauline passages, 1 Corinthians 6:11 (“but you were washed!”) and Romans 8:23 (“we wait eagerly for adoption as sons, the redemption of our bodies”). Though Hill intentionally aims his book at other gay celibates within the church, the explorations have broader applicability to those who struggle with other sexual or nonsexual sins.

At the same time, Hill’s unique vantage point gives him an acute sensitivity to how traditional Christian sexual ethics are sometimes communicated. His central dogmatic point on the question of Scripture’s teaching is that the ethical prohibitions against gay practices and desires in Scripture are only comprehensible and achievable when understood from “within the true story of what God has done in Jesus Christ—and the whole experience on life and the world that flows from that story, as expressed definitively in Scripture.” It is only in light of the death and resurrection of Jesus Christ that “the demand that we say no to our homosexual impulses need not seem impossible.” Divorced from this context, Christian ethics sounds inevitably sounds both legalistic and impossibly repressive. 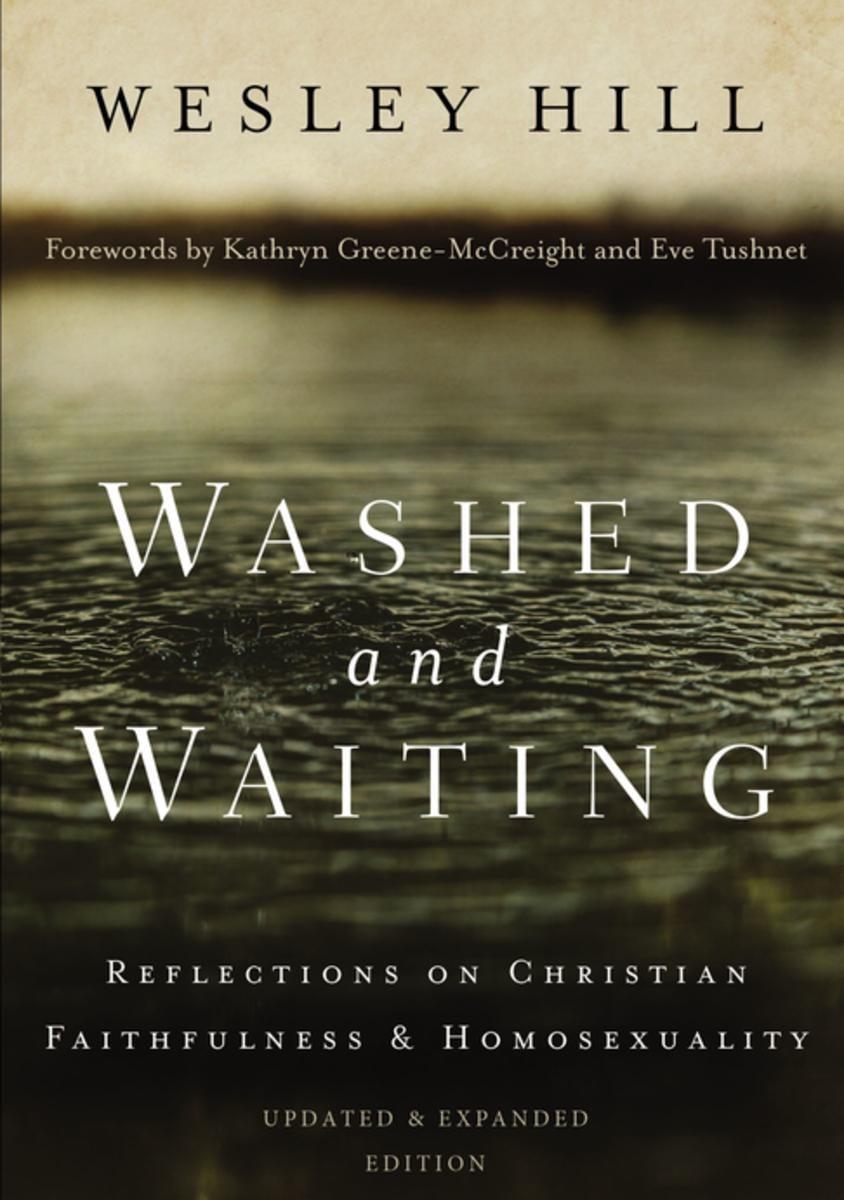 Washed and Waiting: Reflections on Christian Faithfulness and Homosexuality

Washed and Waiting: Reflections on Christian Faithfulness and Homosexuality

Is there a place for celibate, gay Christians in the church? How do the gospel, holiness, and indwelling sin play out in the life of a Christian experiencing same-sex attraction? And how do brothers and sisters in Christ show love to them? Wesley Hill offers wise counsel that is biblically faithful, theologically serious, and oriented to the life and practice of the church. As a celibate gay Christian, Hill gives us a glimpse of what it looks like to wrestle firsthand with God’s “No” to same-sex sexual intimacy.

Besides providing conservative Christians a unique perspective on the challenges that those who struggle with gay desires in our midst face, Hill’s deeper point throughout is to dislodge sexuality from its place of pre-eminence within our thinking. Hill points to Jesus’ celibacy not as a special dispensation because of his deity but as a pattern for humanity, suggesting that those who renounce sexual behavior—homosexual or otherwise—can still find full, rich, and abundant lives. Hill strikes a variation on the same theme in his wrestling with loneliness, suggesting that the church—not marriage—is “the primary place where human love is best expressed and experienced.” As throughout, though, Hill never leaves this in the realm of abstract theology. He is brutally honest about the ways in which the church succeeds and fails in helping all of us overcome the ache for human intimacy.

While the robust affirmation of celibacy is clearly welcome, it also masks a danger of reducing the vocation of celibacy to a remedy for sin. In Matthew 19:12, Jesus opens the door for a non-reparative celibacy that is oriented toward bearing witness to our eschatological life in Christ, where “we are neither married nor given in marriage.” While Hill’s book is more of an applied reflection than comprehensive examination of human sexuality, his language at points left me wanting a more nuanced account of the different purposes of celibacy within the kingdom.

I’ll note one other concern. Near the end of the book, Hill writes, “Not only does our homosexuality give us a unique ministry within the church; it provides us with a greater sense of our woundedness and therefore of our dependence on God.” Greater, I wonder, than whom? It may seem true that the struggles gay people face within the church are greater than the healthy and heterosexual, but the dying, the disabled, and the infirm-not to mention the socially awkward, the proud, and the covetous-might know something of the dependency that gay people doubtlessly experience. My point is not to minimize the struggles that Hill and others face within the church, but to raise the question of whether Hill has kept up the very privileging of sexuality that he critiques in previous chapters.

Reservations aside, Hill’s book is a remarkably sensitive treatment of the complexities of human sexuality that manages to fuse graciousness with a firm resolve in the authority of Scripture’s teachings. Hill insists that though our transformation—sexual or otherwise—might take longer than we desire, we have been washed by the blood of Christ and now wait in hope for the redemption of our bodies. Hill’s bracingly honest depiction of the shape that waiting takes is a gift to a movement that has sometimes struggled to understand, interpret, and respond in grace and charity to the tragic brokenness of a fallen world.