David Teems is a professional musician and writer. Although his primary livelihood has been music, he majored in psychology in college and has long been drawn to spiritual counseling as an avocation. None of this explains how Teems became a historian and biographer, but that is his story. The backdrop to Teems’s biography of William Tyndale is his earlier book, Majestie: The King Behind the King James Bible, occasioned by the 400th anniversary of the King James Bible in 2011.

I experienced Tyndale: The Man Who Gave God an English Voice as three separate books. The first is named in the subtitle and occupies the first hundred pages. It is the biography of the first major translator of the Bible into English. To call it a biography actually conceals the brilliance of what Teems has achieved. He tells an adventure story that revolves around Tyndale’s English translation of the New Testament and part of the Old Testament. Tyndale (1494–1536) is the protagonist of the story, which is set in many places and is a continuous narrow escape.

There are two dimensions to what Teems has achieved in Book 1 (my designation). The first is the copiousness of his scholarship. The historical documentation is kept out of sight (tiny footnote numbers with actual notes placed unobtrusively at the back of the book). But as one who has himself taken excursions into Tyndale’s career as a Bible translator, I not only enjoyed reconnecting with familiar data but continually found my knowledge base expanded by what Teems has collected. I am powerless to explain how a non-academician found the time to do all that research, but readers of Teems’s book will be grateful.

The second achievement springs from Teems’s way with words. He has a true aphoristic flair. The book is as enjoyable for how Teems expresses the content as for the content itself. In addition to his own stylistic sparkle, Teems admires the aphorisms of others. This yields fruit in numerous epigraphs (catchy quotations) scattered throughout the book in the form of sidebars. Teems’s titles and chapter headings are so evocative and aphoristic that the book can be relished just for them.

Man Without a Country

Teems doesn’t set out to impose an interpretive angle on the life of William Tyndale; he simply collects as much data as exists. Nonetheless, one of two things that emerged most vividly for me was the exile motif in the English scholar’s life. Tyndale became a man without a country and, in view of how he was constantly on the move to keep ahead of his hunters, he was a man without a home. We know that Tyndale left England and never returned, but that generalization can become a lifeless abstraction. As Teems builds up a cumulative picture of Tyndale’s life as a sojourner, the reality of the situation comes alive in our imagination. I was particularly struck by the connection Teems draws between the exilic life of Tyndale and the exilic theme of Scripture—and by the suggestion that Tyndale translated Paul’s epistles so powerfully because of the parallels between their lives. 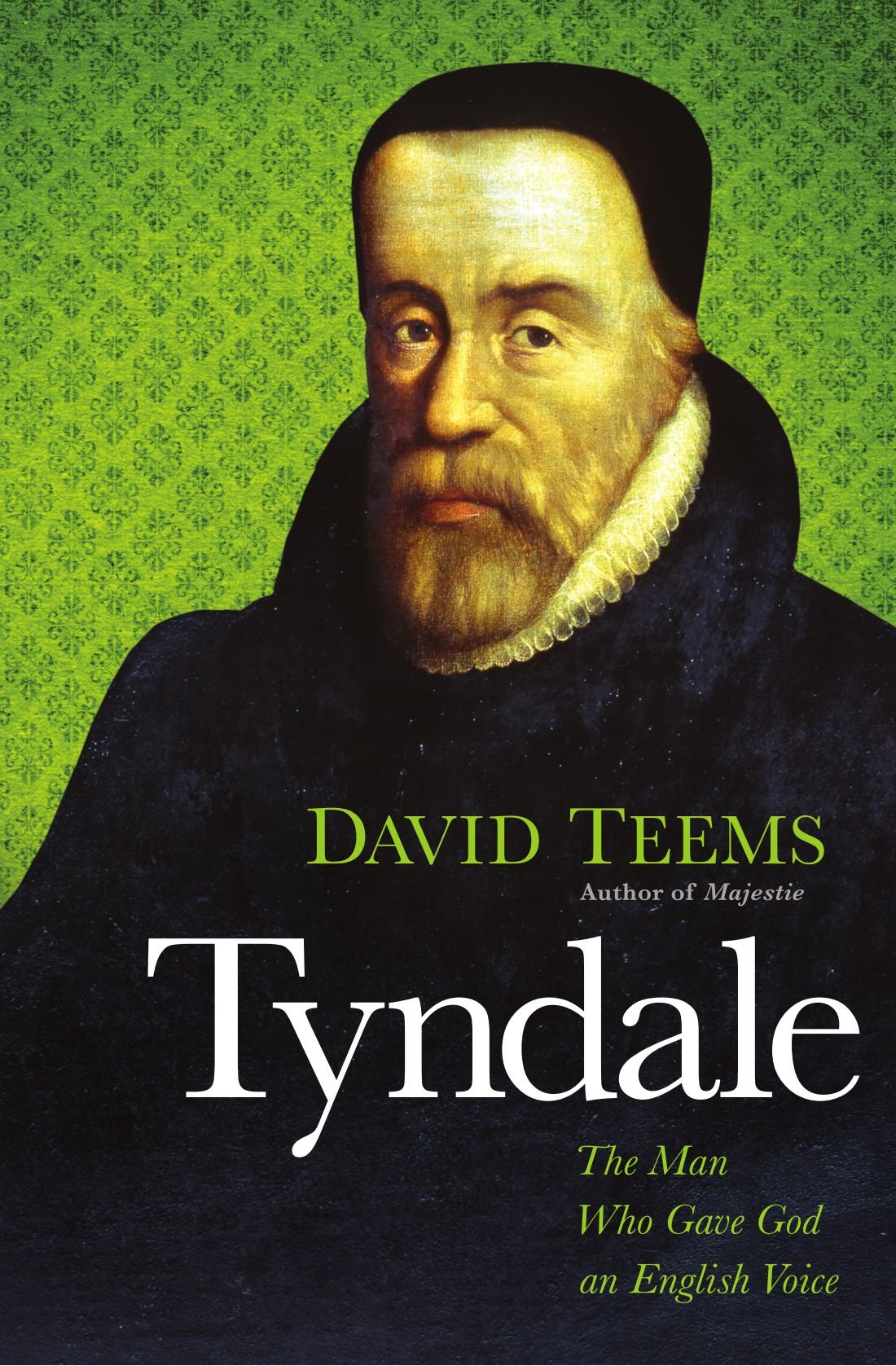 Book 2 (my label), the middle hundred pages, is the story of Tyndale’s career as a polemicist, especially his long printed debate with the Roman Catholic propagandist Thomas More (1478–1535). I do not intend to disparage Teems when I say that I found this part of his book eminently forgettable. I’m inclined to think that the number of people interested in the details of Tyndale’s printed debate with More are statistically insignificant. Nonetheless, Teems deserves credit for bringing the same meticulous research to this part of the book that he brought to the other parts.

I carry away one important discovery from Teems’s account of Tyndale’s career as a controversialist. One of the aphorisms most famously associated with him is the statement of a contemporary that Tyndale was “always singing one note.” That note was the translation of the Bible into English. Teems’s account of Tyndale’s career as a polemical writer shows that the “single note” interpretation of Tyndale’s life isn’t completely accurate. Tyndale had more irons in the fire than Bible translation. We all know from experience that in the heat of the moment current debates can seem like the most important thing imaginable, whereas in long-term effect they’re often ephemeral. I left Teems’s account feeling that Tyndale might have better spent more of his time translating the Old Testament and less of it arguing with Thomas More.

In Book 3 (the final hundred pages) Teems returns to Tyndale’s career as a Bible translator. These pages cover the events surrounding his martyrdom. The details are even more heart-rending than I had known. Tyndale did, indeed, become a latter-day apostle Paul in his imprisonment and suffering. The martyrdom motif is the second dominant impression that I carried away from the biography, and this emphasis in the last third of the book cast a retrospective light on Tyndale’s earlier life of exile. Early in his life of a little more than 40 years Tyndale deliberately chose to live as a martyr. He truly denied himself for the sake of the gospel, and Teems’s book does a wonderful job of showing that sacrifice.

Leland Ryken is emeritus professor of English at Wheaton College, where he is in his 51st year of teaching. He has published more than 50 books, including The Soul in Paraphrase: A Treasury of Classic Devotional Poems and 40 Favorite Hymns on the Christian Life: A Closer Look at Their Spiritual and Poetic Meaning, a forthcoming anthology of hymns considered as devotional poems accompanied by analysis.

1 Enough with ‘I Am Enough’

3 How to Improve Your Preaching

4 Why Christians Should Never Retire

5 The Satanic Doctrine of a Wrathless Cross