Most students of American intellectual history believe Charles Darwin’s On Origin of the Species had a delayed effect on American culture because its 1859 release preceded the Civil War by only a year. Many also argue that the book’s primary effect on social science occurred when its ideas were co-opted in support of scientific racism.

Fuller’s The Book That Changed America: How Darwin’s Theory of Evolution Ignited a Nation examines the initial responses to Origin of the Species in the first year of its release. He focuses on the community of transcendentalist intellectuals in Concord, Massachusetts, as well the promotional efforts of Harvard botanist Asa Gray, to illustrate how Darwin’s ideas connected with issues already dominating the American consciousness.

Fuller begins his narrative with a fateful meeting at Franklin Sanborn’s home in Concord on New Year’s Eve, 1860. Charles Loring Brace was the guest of honor, and he brought the copy of Origin that Darwin had sent to Brace’s cousin-by-marriage, Asa Gray. Henry David Thoreau and Bronson Alcott were among the Concord luminaries who discussed the book with Brace and were then persuaded to read it. 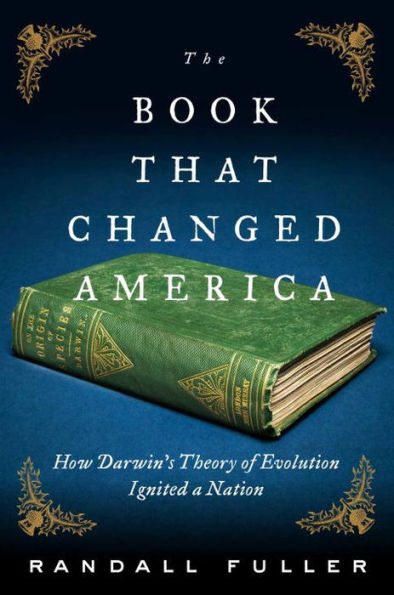 The Book That Changed America: How Darwin’s Theory of Evolution Ignited a Nation

The Book That Changed America: How Darwin’s Theory of Evolution Ignited a Nation

From here, Fuller weaves a fascinating tale exploring how New England intellectuals identified with various aspects of Darwin’s theories, in part because they gave cohesion to ideas and issues they’d already been wrestling with.

Alcott shared the book with his daughter, author Louisa May Alcott, who appropriated it more than her father did. Bronson Alcott deplored Darwin’s emphasis on natural processes at the expense of the spiritual, while Louisa found Darwin’s discussion of natural selection useful for abolitionism.

Brace had been devoted to the work of the Children’s Aid Society in New York, and he believed Darwin’s theory meant that though some species were inevitably going to fail, the overall momentum of evolution tended toward bettering the race.

Thoreau found ideas in Origin that helped him reconcile his observations of the brutal side of nature with the optimistic image of creation infused with divine presence that he’d embraced in his early writings. Darwin also confirmed his observation that various types of trees seemed to compete for the same space.

Darwin’s book intensified the ongoing debate between polygenetic and monogenetic theories of creation. Harvard biologist Louis Agassiz, one of Darwin’s fiercest critics, believed God populated the earth by creating separate species in specific environments—a polygenetic creation that didn’t involve descent from a single ancestor. Despite the obvious problems this theory posed for the narrative of Genesis, many Christians, particularly in the South, embraced it, because it offered a justification for slavery.

Supporters of monogenesis—the rise of species from a common ancestor—found evidence for their position in Darwin’s Origin. Many abolitionists seized on the concept that humans could be descended from a common ancestor in order to argue for abolition. This interpretation found an enthusiastic audience in Concord, where fervent abolitionist beliefs flourished up until the Civil War.

Many of Darwin’s most enthusiastic supporters struggled to incorporate his ideas in their entirety, opting instead for a modified version. Prominent among them was Asa Gray, who couldn’t reconcile his devout Christian beliefs with Darwin’s starkly naturalistic interpretation of his own theories.

Gray held instead to an evolutionary process guided by divine agency. Fuller writes, “Gray told his Atlantic readers that Darwin’s theory, correctly understood, ‘concerns the order, not the cause, the how and not the why of phenomenon’” (215, italics in the original). Several of his transcendentalist friends also postulated some form of divine guidance for evolution.

Did It Change America?

Fuller demonstrates that Darwin’s book influenced some Americans, but it may be going a bit far to say it changed America, at least in its first year of publication. Most of the people Fuller introduces were members of the New England intellectual elite. Though they enjoyed a disproportionate influence on American culture, Fuller’s assertion that Darwin’s ideas transformed American culture at large needs more evidence from popular and grassroots sources.

Instead, Darwin’s book provided a catalyst for working out ideas and issues already prominent on the American scene. Some readers may argue whether scientific racism or Louisa May Alcott’s bold abolitionist vision is Darwin’s true intellectual legacy. The reality is they both are. Authors don’t get to control what people do with their ideas.

Because Fuller undertands this point, The Book That Changed America is intellectual history at its best. Fuller clearly admires Darwin’s intellectual legacy, but he also fairly presents opposing views and acknowledges the ways Darwin’s theories were used to foster racism and ruthless capitalism. He writes that his book

is shaped by a notion of its own: that ideas are like the plants and animals in Darwin’s theory of natural selection, shaped by their particular context, thriving or dying as a result of their ability to adapt. This process can be wrenching; it leaves people trapped between two ways of thinking and believing, stranded between two existences. But it also changes the world. (x)

Fuller’s grasp of the fickle nature of ideas makes this a story worth reading.

Scott Culpepper (PhD, Baylor University) is a professor of history at Dordt College.

3 How Do Churches End Up with Domineering Bullies for Pastors?

5 Lessons from London for a Divided American Church