If you’ve ever read any of InterVarsity Press’s New Studies in Biblical Theology series edited by Don Carson and wished something like it was accessible to laypeople, your wish might be coming true. With the publication of The Son of God and the New Creation, Crossway is launching a new series titled Short Studies in Biblical Theology, edited by Dane Ortlund and Miles Van Pelt. The goal is simple: “to connect the resurgence [in] biblical theology at the academic level with everyday believers” (11).

To inaugurate such a series, what theme could be more fitting than Jesus, to whom all of Scripture points? And what author more fitting than Old Testament (OT) and hermeneutics scholar Graeme Goldsworthy, whose books (like According to Plan) have introduced biblical theology to so many of us?

After laying out his method, Goldsworthy follows it over the course of three chapters. While much more could be said, I’ll draw out three of the book’s most significant insights.

1. The Son of God and the New Creation

Before even opening the book, my first question was, “Why the title?” “Son of God” and “new creation” are both certainly common themes in Scripture. We can even think of obvious ways they’re related. But given that every biblical doctrine is related to Jesus somehow, we might wonder if there’s a closer, more unexpected connection between the two themes that prompted the book’s title. 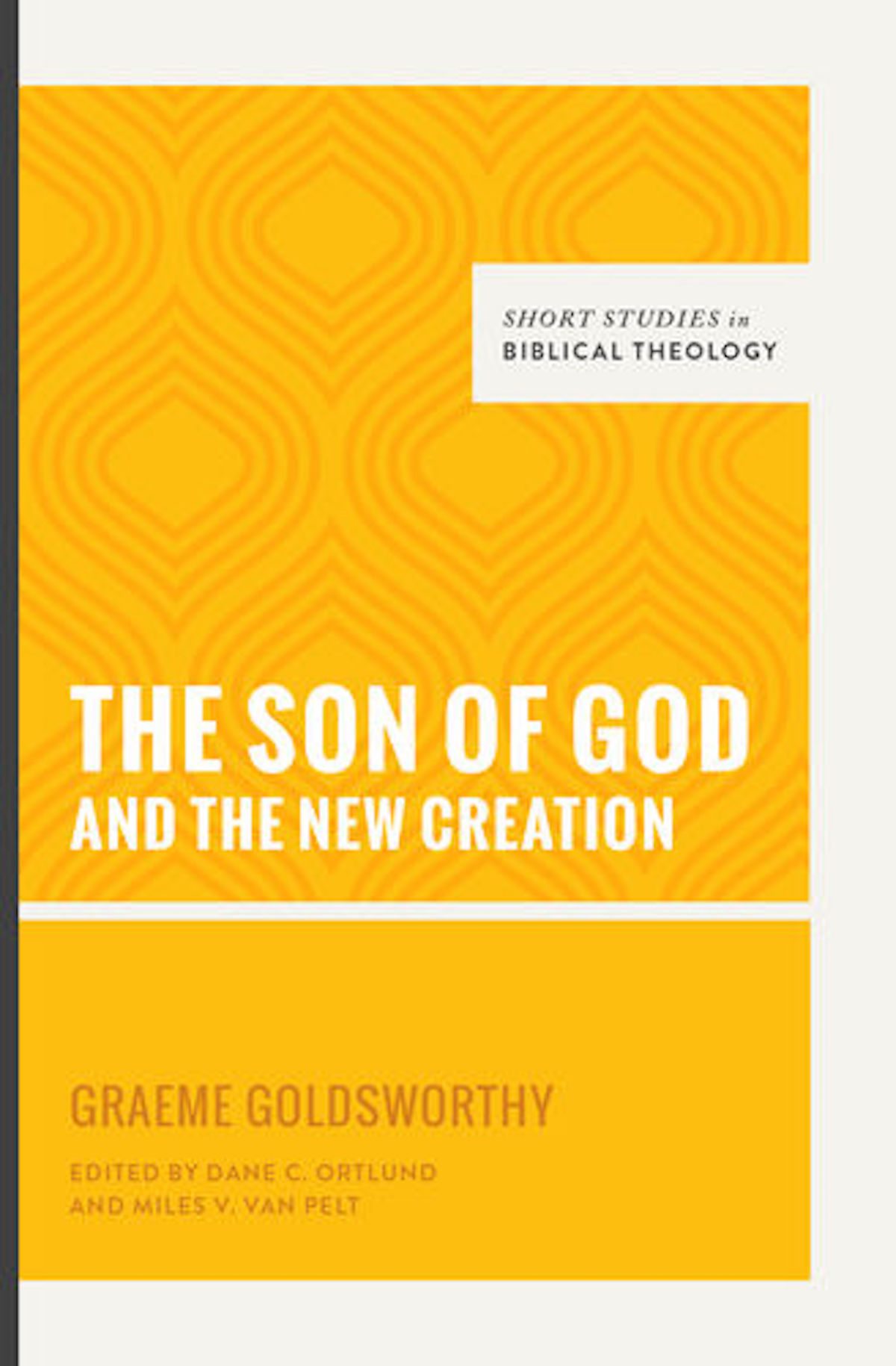 The Son of God and the New Creation. Short Studies in Biblical Theology

The Son of God and the New Creation. Short Studies in Biblical Theology

Turns out, there is.

Not only (as we’ll see later) does the title “Son of God” have specific reference to Jesus as incarnate, it also has specific reference to Jesus as resurrected. In a passage Goldsworthy highlights several times (see esp. 84–97), Paul states that God’s Son was “descended from David according to the flesh, and declared to be the Son of God in power . . . by his resurrection from the dead” (Rom. 1:3). Paul sees a close connection between Jesus’s sonship and his resurrection.

All that remains is to ask, “What’s the connection between the Son’s resurrection and the new creation?” Goldsworthy’s answer is simple: the Son’s resurrection is the beginning of the new creation. Indeed, the themes of resurrection and new creation both point to the same reality. They point to the undoing of the deadly curse that’s enveloped creation ever since the fall. Or, to put it more sharply, they point to the last Son succeeding where the first son failed (Rom. 5:15–19; 1 Cor. 15:20–24; cf. Luke 3:28). The first son’s fall doesn’t lead God to scrap creation, but to restore it through a greater Son.

Our personal regeneration is real, but it’s only the beginning. The resurrection of the Son of God promises that redemption isn’t simply spiritual; it will one day transform the whole person, and then the whole cosmos.

2. The Son of God Is a Human Being

Why? Because when the NT uses “Son of God” terminology, it’s usually drawing on typological language from the OT. And what that language points us to it this: the theme of God’s Son fits within the kingdom structure which Goldsworthy familiarly describes as “God’s people in God’s place under God’s rule” (71).

In short, when interpreted in light of its OT background, the title “Son of God” involves a task that can only be fulfilled by a human being.

At the same time, Goldsworthy strongly affirms that Jesus is more than just a human being: “Jesus as Son of God is also God the Son, the eternal second person of the Godhead” (129). This comes out strongly in John’s Gospel, as well as in OT passages such as Isaiah 9:6–7 in which the future Davidic king is described as “the mighty God” (77).

This should come as no surprise, since typological fulfillment involves not just correspondence, but escalation. Indeed, it’s fitting that the Son of God in the redemptive economy should also be God the Son in the ontological Trinity.

In short, the terms “God the Son” and “Son of God” are not interchangeable (33). They both refer to the same person, but they usually don’t mean the same thing. The former highlights his pre-incarnate deity as second person of the Trinity, while the latter highlights his incarnate ministry as last Adam, new Israel, and Davidic king (54).

I admire Goldsworthy, I love biblical theology, and I can hardly wait to see how God uses this new series. In light of that positive assessment, let me voice a couple of minor criticisms in the hope they might make the series as profitable as I’m expecting.

First, despite being a seminary graduate who has read a fair amount of biblical theology, I frequently had trouble following Goldsworthy’s train of thought. This could be my fault—perhaps Google really is making me stupid. But I think the arguments would’ve been clearer had more subheadings within the chapters been included (such as you find in a typical John Piper book). As it was, the lengthy sections often seemed to meander.

And second, for a book designed to bring biblical theology down out of academia, there was still a fairly large amount of lengthy complex sentences. As I read, I kept picturing people in my congregation, thinking, I’m not sure I could give them this.

If biblical theology were easy to write on a popular level, it wouldn’t have taken so long for this series to be written. I realize that. But I’m confident this can be done. As a model, I would recommend God’s Big Picture by Vaughan Roberts. It wears its debt to Goldsworthy on its sleeve, yet its language and layout make it easy to follow. It continues to be the biblical theology book I recommend to laypeople, including teens. I trust that in the next few years, I’ll have several more options.