There may be something paradoxical about reviewing a book about silence—about things not said. But then one could accuse the book itself of the same. Silence: A Christian History, in terms of length, is a modest contribution to the MacCulloch canon. It pales in comparison to his recent massive works, The Reformation (2003) and Christianity: The First Three Thousand Years (2009). But MacCulloch doesn’t simply write long books; he writes lucid, brilliant books. Silence is no exception.

MacCulloch is professor of the history of the church at Oxford University and, in the words of Carl Trueman, “perhaps the greatest living historian of the English Reformation, if not Christianity as a whole.” Silence, which began its life as the 2012 Gifford Lectures at the University of Edinburgh, demonstrates MacCulloch’s expertise beyond what the church has said and done for nearly 2,000 years to what it has not said and not done. Specifically, the book addresses the place of silence in the history and practice of the Christian faith.

Silence in the Church

MacCulloch tackles his subject from two angles: a history of silence in the life of the church and a critique of Christian uses of silence for unholy purposes. The first of these is a fascinating tour of silence in ancient Judaism, the early church, medieval Christianity in the East and West, and the Protestant Reformation. But the trajectory hasn’t always moved in the same direction. MacCulloch observes a distinct shift from God as communicator who speaks creation into existence and is worshiped by Israel with “joyful noise” (Ps. 95) to the Suffering Servant who “opened not his mouth” (Isa. 53:7). In MacCulloch’s telling, Jesus and the apostles embraced this elevation of silence and incorporated it into Christian practice. 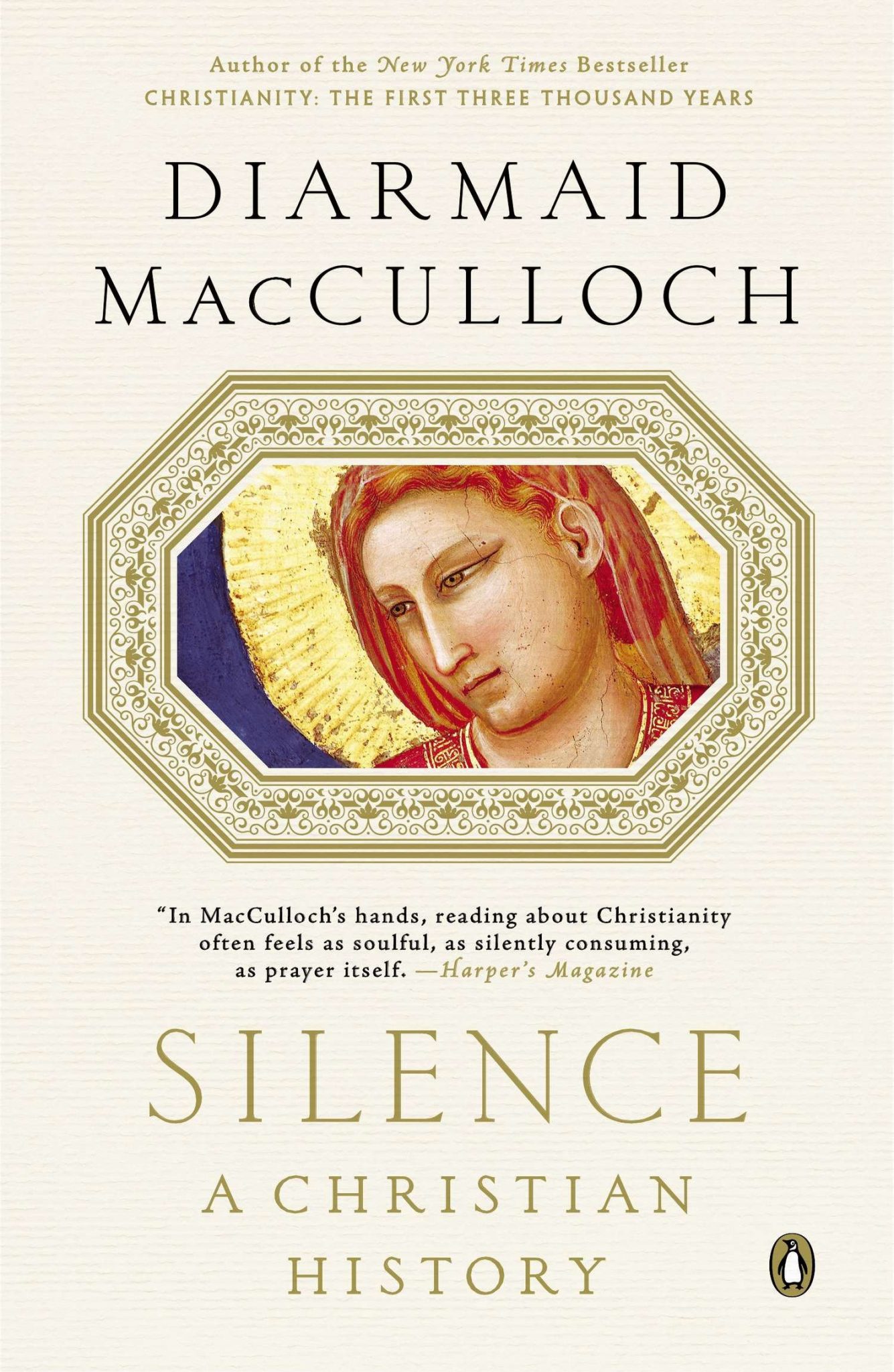 The bond between silence and worship strengthened during the early and medieval periods of Christian history, especially in monasticism, marked by the pursuit of God in quiet contemplation. But silence lost its position of prominence in Western Christianity with the Protestant Reformation. As MacCulloch puts it, “This was to be an era of words, relentlessly clarifying the Word of God” (129). The modern global expansion of Protestantism seems to indicate that some form of Reformation noise still has a long life ahead of it.

MacCulloch’s other angle on silence draws attention to two varieties that reveal some of the most troubling aspects of the church’s history. The first is the sort of silence endured by oppressed Christian minorities. This includes groups as diverse as early heretical sects, reformers in medieval Europe, closet Protestants in Catholic England, and gay clergymen in Anglo-Catholicism. Each survived because members practiced—for good or ill—some form of “clandestine religion” (170). Regardless of what we make of these groups, MacCulloch reminds us of the sober reality that many Christians all too easily transitioned from oppressed to oppressors, from silenced to silencers.

The other sort of silence is even more disturbing, and it is the one on which I will dwell for the rest of this review because of its relevance to our own context. This silence is the Christian community’s “historical amnesia” or tendency for things to be “casually or deliberately forgotten, or left unsaid, in order to shape the future of a Church or Churches” (212; cf. 191).

MacCulloch touches on a number of important issues—including efforts to disguise the formative influence of women on the church—but his especially biting criticisms address the silences of shame over cruelties Christians condoned or even actively advanced, and in some cases still do. He highlights three grievous atrocities as probably the worst about which the church has too often remained shamefully silent. They are the history of child abuse in the Catholic Church, the “centuries-old heritage of anti-Semitism” that belongs to Christians of all sorts (208), and the efforts, especially by evangelical Protestants in pre-Civil War America, to justify slavery (and later, racial segregation) on biblical grounds.

The hard truth is that MacCulloch is right. The Christian community has been reluctant to own up to its faults, past and present. The result is understandable suspicion among outsiders who wonder what else we’re hiding and utter disbelief among many insiders who can’t (or won’t) come to grips with such unholy realities. My evangelical college students are routinely shocked to learn that the Christian story—their heritage in the faith—is marred by harmful deceptions of every kind, endless power struggles, and a high body count. Some even want to dismiss this story altogether and search the past for some purer church.

But it isn’t out there. To deny that reality is to prolong the silence, which doesn’t help our witness or build healthy self-perception. So how do we live with our unholy story? First, we need to take responsibility and own up to our past—all of it. Where necessary (and possible), we should seek forgiveness and pursue reconciliation. Where this isn’t possible, we should still learn from the church’s failures. (Incidentally, we should also learn from the church’s successes—a story that, thankfully, rivals the one we are addressing here.)

We also need to adjust our expectations. Rather than utterly despairing of Christianity’s long history of corruption (especially to the point of naïvely rejecting it as the church’s story at all), we can turn to its own resources to gain some perspective. It was the prominent North African theologian Augustine in the fourth and fifth centuries who helped the church realize it’s a mixed body of regenerate and unregenerate persons whom God alone will separate at the final judgment—even as he developed a hideous biblical justification for the violent persecution of heretics. Later, in the 16th century, it was the German reformer Martin Luther, vehemently anti-Semitic at the end of his life, who clarified for the church that even the regenerate are simultaneously justified and sinful (simul iustus et peccator). This doctrine applies to the whole body of Christ as much as to the individual believer. The church’s righteousness is a future reality, not a present one. The Christian story is deeply marred by corruption because its participants are sinners through and through.

It is appropriate to return to MacCulloch in conclusion, and not only because this is a review of his book. In addition to identifying the problem of unholy Christian silences, he hints at the solution. The church has succeeded most when it has abandoned the pursuit of power and glory—what he calls the “din of the triumphant” (239)—and turned instead to imitate the Crucified One who “is more powerful in his silent suffering than any power of this world or even of the next” (8)—an unacknowledged nod to Luther’s theology of the cross. The way to end the oppressive silence is to bear the cross of Christ in humility and holy silence.

To this I would add that some noise has its place amid the suffering silence, particularly the hopeful, gospel noise of resurrection: Jesus is alive and reigning, his kingdom is coming, and he is making all things new, not least his church. Embracing these truths, while breaking the silence about the church’s failures and repenting of them, enables us to come to terms with our blemished Christian past—and to strive for a more faithful Christian present and future.

​Eric T. Brandt teaches the history of Christianity and historical theology at Lancaster Bible College in Lancaster, Pennsylvania. He is the co-author of Ancient Word, Changing Worlds: The Doctrine of Scripture in a Modern Age (Crossway, 2009).