These departures contribute to frustration and fear of the impending collapse of evangelicalism. Recently a friend remarked, “It feels like evangelicalism is the Titanic, and it’d be better to abandon ship now than plummet to the depths with a ship beyond repair.”

Is the situation really this bad? Are there gaping holes in the hull of evangelicalism? If so, what are we supposed to do about it? In RetroChristianity, RetroChristianity: Reclaiming the Forgotten Faith, Michael Svigel, assistant professor of theological studies at Dallas Theological Seminary, offers some answers. He agrees that evangelicalism has wandered off of the ancient paths of the Christian tradition and that we have become accustomed to a “less natural” form of Christianity. This expression of Christianity results from our attempts to make the faith palatable, convenient, and marketable to the world. However, he argues that rather than abandoning evangelicalism, we must “Go Retro.”

How Did We Get Here?

Svigel looks for—and finds—our true identity in the Christian past. He asserts that many of our contemporary frustrations find their root somewhere in our recent history. But so, too, can we find answers in history. To help evangelicalism through its midlife crisis, Svigel calls us to “RetroChristianity.” Rather than abandoning the evangelical ship, RetroChristianity beckons individuals and churches to “adjust their attitudes and actions by retrieving ideas and practices from the whole Christian past” (67). Specifically, Svigel advocates that we reclaim retro-orthodoxy, retro-clesiology, and retro-spirituality.

First, he calls evangelicalism to adhere to the three theological canons of retro-orthodoxy.

Svigel challenges evangelicals to maintain our central doctrines while allowing for diversity and development in other areas. Evangelicals of all stripes can benefit from this helpful discussion. Pastors, this section would be valuable to work through with your elders and your congregations as you “do theology” together. 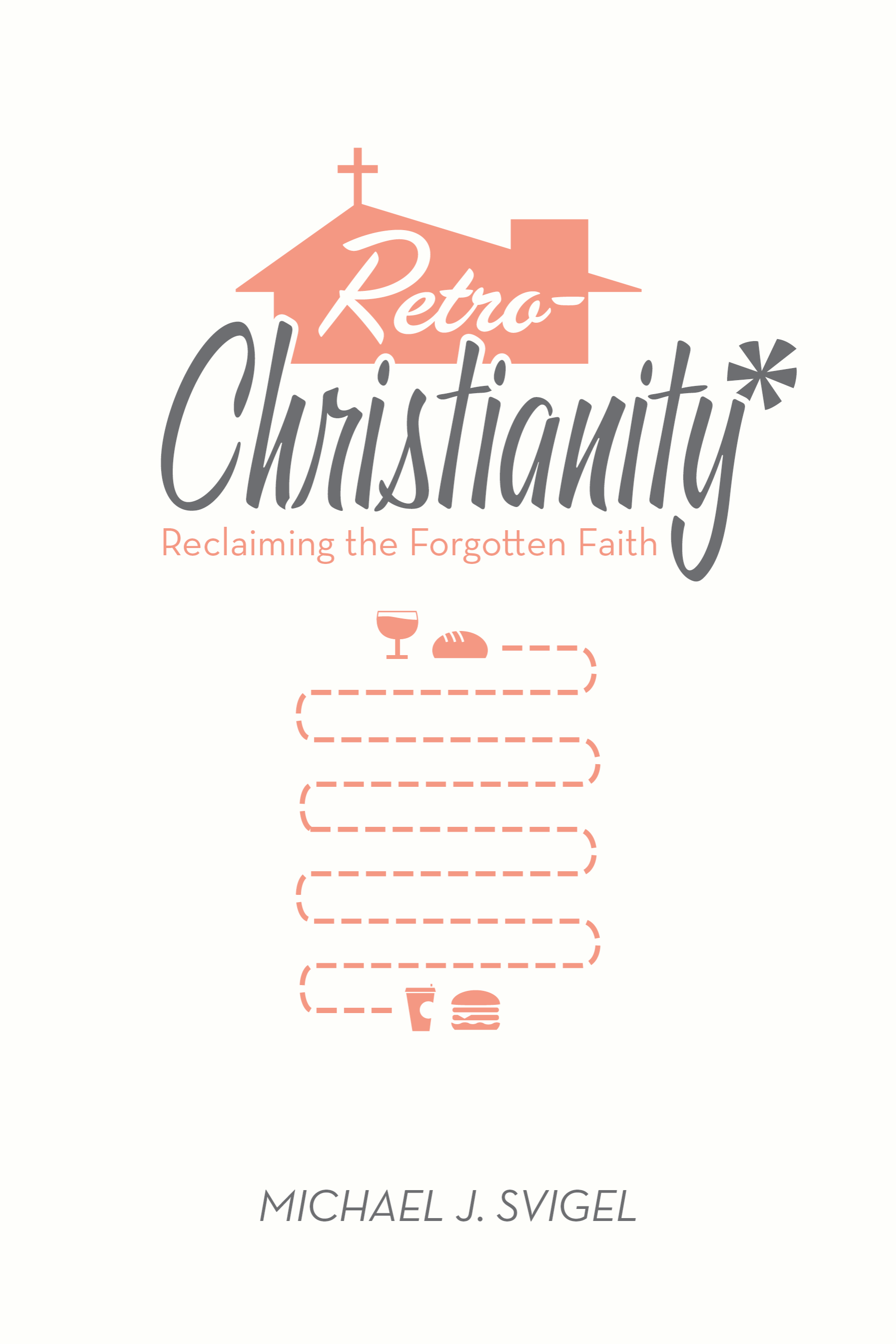 If the church fathers or Reformers showed up at your church, would they worship… or run? The time has come for evangelicals to reclaim the forgotten faith. And this means doing something many are reluctant to do. It means reflecting on the past to rethink the present and inform the future. It means thinking not just biblically and theologically, but also historically. RetroChristianity challenges us to think critically and constructively about those who have come before us and how that informs our current beliefs, values, and practices.

My only contention with this section was Svigel’s simplistic portrayal of congregationalism, which he relates directly to democracy. Surely, there are many correlations between congregationalism and democracy; however, there are also necessary distinctions that he failed to note. For instance, in a democracy all authority is located in individual voters. In congregationalism, all authority resides in the head of the church, Jesus Christ, and the members of the church are called to submit their will to him and to be concerned about others’ needs before their own.

Finally, Svigel offers a refreshing and realistic picture of evangelical spirituality. For Svigel, to be a Christian is to “stand in a long line of dirty, ragged, beaten up pilgrims struggling with daily sin, putting up a brutal fight against temptation, and hoping for deliverance” (221). Svigel’s treatment of spirituality and sanctification is clear and helpful. Some will hesitate to adopt his prescriptions for the ordinances and their necessary relationship to the Christian life, but I found his prescriptions to be far more biblically faithful than what is practiced in most evangelical churches.

Firmly within the tradition of evangelicalism, Svigel embraces its virtues while lovingly critiquing its problems. He exhorts us to settle for nothing less than robust evangelicalism. RetroChristianity is not merely a project of deconstruction. This is a work of construction; it lays out a path for evangelicals to follow.

By the end of the book it may feel like Svigel is trying to accomplish too much. A critique of evangelicalism and proposals for evangelical orthodoxy, the church, and spirituality is a lot of ground to cover in one book. However, I found this necessary project to be a great success, and I hope it receives the wide reading it deserves.

This is an immensely helpful work that will guide evangelicals seeking to revitalize their movement. Svigel concludes by asking evangelicals to boldly go where countless others have gone before. Join him, and me.

J. T. English is lead pastor of Storyline Fellowship in Arvada, Colorado, and author of Deep Discipleship: How the Church Can Make Whole Disciples of Jesus (B&H, 2020). He holds a PhD in systematic theology from The Southern Baptist Theological Seminary and a ThM from Dallas Theological Seminary. You can follow him on Twitter.