Michael Horton, professor of systematic theology and apologetics at Westminster Seminary California, is a prolific author. His latest work is on the doctrine of the Holy Spirit.

In Rediscovering the Holy Spirit: God’s Perfecting Presence in Creation, Redemption, and Everyday Life, Horton aims to explore the Spirit’s role in the external works of the Trinity. Central to his exploration is the idea that Pentecost marks a “qualitative change” (his emphasis) between the Spirit’s role in the Old Testament era and in the New, which is “the age of the Spirit.”

He also wants to establish both the Spirit’s person and work, and he emphasizes the Spirit’s work in the ordinary, not just the extraordinary. In accomplishing these tasks, Horton shows a deep grasp of Scripture and the flow of redemptive history.

A book on the Spirit needs to deal with certain controversial matters in today’s theological climate. On the matter of cessationism and continuationism with reference to the sign gifts, Horton sees “no reason to assume that all of the marvelous signs of the Spirit’s outpouring in the apostolic era are normative today.” He argues, “There is a qualitative distinction between the inauguration of kingdom (foundation laying) and the erection of the building upon it.” Nevertheless, he doesn’t preclude the possibility that the Spirit “in his marvelous freedom” might bestow them today.

But Horton contends that the offices of apostle and prophet haven’t continued past the apostolic era. With reference to the second blessing, Horton, in his own nuanced way, follows John Stott’s theology of “one baptism, many fillings.” He’s inclined to think that New Testament tongues, both in Acts and the Pauline epistles, refer to the gospel spoken in a known language, but one unknown to the speaker. He sees no exegetical support for the Puritan notion that preaching is prophecy. 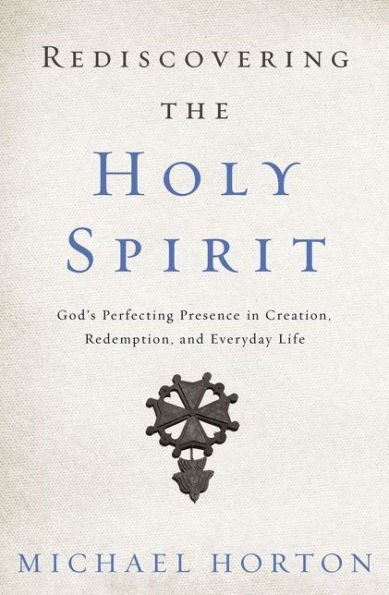 Given Horton’s emphasis on the Spirit’s involvement in everyday life, his discussion would’ve been strengthened by some extended treatment of how Christians may sin against the Spirit by grieving the Spirit (Eph. 4:30) and quenching the Spirit (1 Thess. 5:19–21). Horton doesn’t raise the question of praying to the Spirit, which is the daily practice of many contemporary Christians. Guidance on how to help those who believe they’ve blasphemed the Spirit (Mark 3:22–30) would also have been valuable.

The word “Rediscovering” in the title is a little puzzling, as there are works on pneumatology that explore the Spirit’s role in the day-to-day life of the Christian (e.g., J. I. Packer’s Keep in Step with the Spirit). Horton’s accent on the Spirit as “God’s perfecting presence” has a long history in Christian thought, back to the Cappadocian Fathers of the fourth century, as he acknowledges. But Horton explores the idea in a systematic way, which is a significant strength of the book.

He writes from a Reformed theological stance, so it’s no surprise his secondary sources reflect that tradition (e.g., Augustine, John Calvin, John Owen, Abraham Kuyper, Sinclair Ferguson, Richard Gaffin Jr.). What is surprising is the relative lack of interaction in the main text with charismatic and Pentecostal scholars who are now a force to be reckoned with in pneumatology (e.g., Max Turner, Gordon Fee, Robert P. Menzies, Roger Stronstad, Veli-Matti Kärkkäinen, Amos Yong).

Clark Pinnock is an exception. Horton offers a sustained critique of Pinnock’s putative panentheism. But he identifies Pinnock simply as a “Baptist theologian,” when Pinnock was both a Baptist and a charismatic theologian.

This book is clearly written, organized, and argued. It’s a learned work that wears its considerable scholarship lightly. Enjoyably, there are striking turns of phrase, like when he writes of the Spirit, “Nature is his palette.” There are also illuminating analogies. Horton draws an analogy between the two types of speech acts of God in creation (i.e., direct and indirect) and the ones in revelation and inspiration (i.e., direct and indirect). The overall tone is doxological.

Horton writes thoughtful books that serve the church well. Rediscovering the Holy Spirit is no exception. Theological students and pastors will find it a profitable and stimulating read.