Laura Ingalls Wilder’s beloved Little House books have enchanted readers young and old for nearly a century. Her series has inspired cookbooks, homeschool curricula, a television series, and dreams of churning butter in the wind-swept open. Her sparkling prose elicits longing for a simpler time, when fiddle song heralded the close of day, and when hope bloomed in the glow of a vast prairie sky.

With Wilder’s legacy so firmly entrenched, Caroline Fraser faced a challenge in writing her biography, Prairie Fires: The American Dreams of Laura Ingalls Wilder. Her endeavor to historically contextualize Wilder’s narratives required her to strip away myth and disavow an adoring audience of their ideals about pioneer life. As Wilder once remarked about her books, “All I have told is true, but it is not the whole truth.”

In her biography, Fraser—whose work has appeared in The New Yorker, The Atlantic Monthly, and The New York Review of Books—strives to tell the whole truth and chronicles a life as remarkable for its heartache as for its triumph. She reminds us that sin stains every era this side of the fall. Even Wilder’s prairie, shimmering and gold as it stretched to the edge of the world, wasn’t heaven. 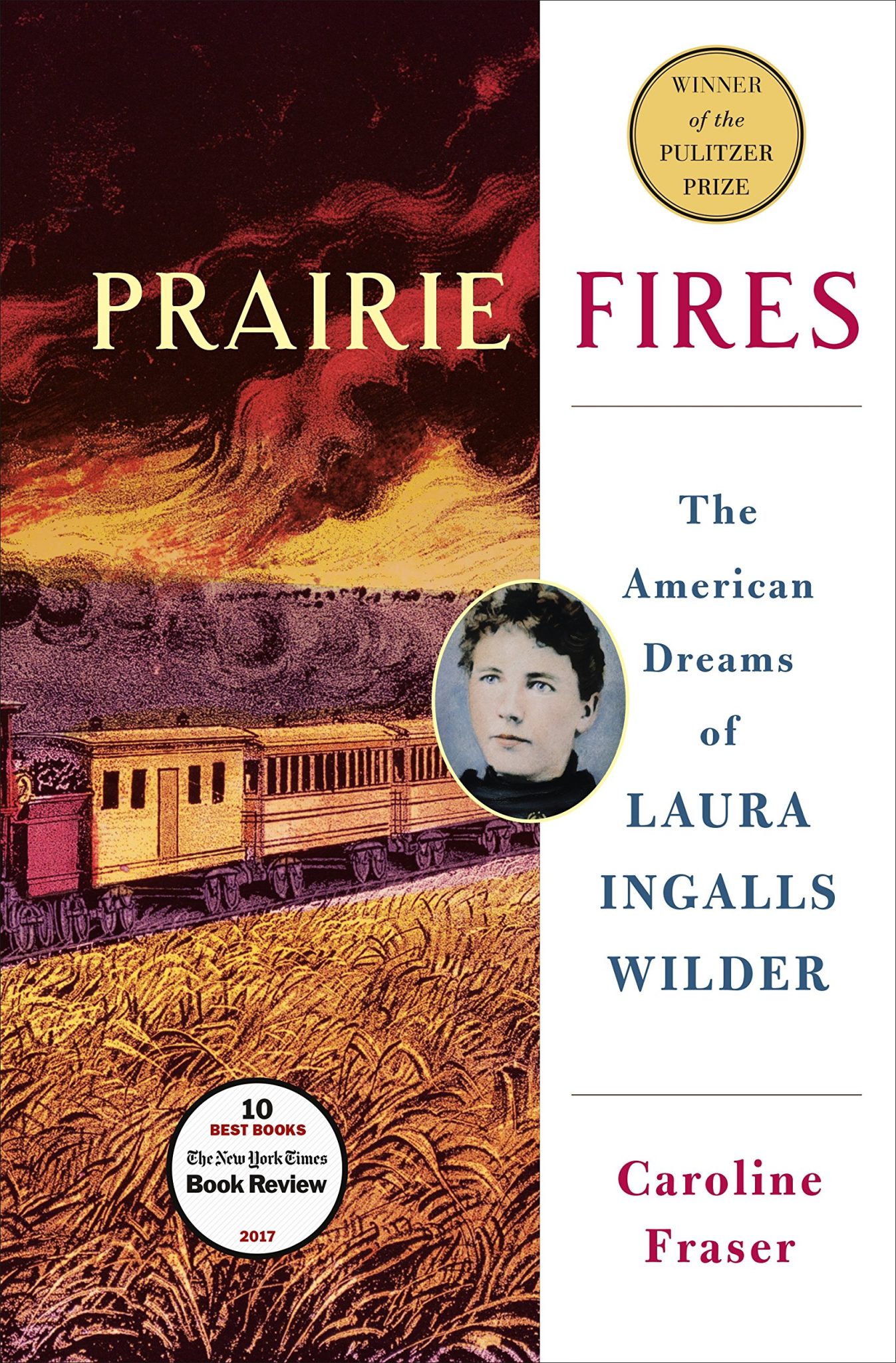 Millions of readers of Little House on the Prairie believe they know Laura Ingalls—the pioneer girl who survived blizzards and near-starvation on the Great Plains, and the woman who wrote the famous autobiographical books. But the true saga of her life has never been fully told.

Now, drawing on unpublished manuscripts, letters, diaries, and land and financial records, Caroline Fraser—the editor of the Library of America edition of the Little House series—masterfully fills in the gaps in Wilder’s biography.

Since their inception, the Little House novels have straddled a nebulous place between autobiography and fiction. They nestle among classics of wholesome children’s literature, but to a discerning eye, darker elements mottle the picturesque story arc. Racist expressions in the text recently moved the American Library Association to strip Wilder’s name from one of its awards. The Ingalls family abandons their homestead in Kansas after months of toil, for reasons never clearly divulged. A brief mention of the Minnesota Massacre hints that all is not as idyllic as we wish.

Fraser unpacks such details to expose the western frontier as a realm not of hope and adventure but of subjugation and crushing poverty. She recounts how the Homestead Act of 1862 that drew so many families westward also displaced millions of Native people from their homes. Mounting tensions triggered atrocities from both parties, with white and Native men, women, and children slaughtered out of desperation and vengeance.

Sin stains every era this side of the fall. Even Wilder’s prairie, shimmering and gold as it stretched to the edge of the world, wasn’t heaven.

For those who averted bloodshed, the promise of self-determination proved empty. Few pioneers earned a profit, and many succumbed to starvation. In the Dakota boom, families swarmed to land advertised as fertile, only to discover arid country and brutal winters. Overfarming denuded vast swathes of topsoil, paving the way for the Dust Bowl conditions in the 1930s that clogged the sky with black blizzards. Although the iconic covered wagon symbolizes opportunity and freedom, Fraser reveals that desolation, want, and severity lurked within its arches.

In collaboration with her daughter Rose Wilder Lane—an editor with brilliant talent but dubious journalistic ethics—Wilder softened these vulgarities of pioneer life for her juvenile audience. Although a sense of propriety influenced this whitewashing of history, Fraser’s research also reveals deeply personal motivations. Letters and journal entries demonstrate that Wilder intended her Little House series as a memorial to her parents. Fraser writes:

Throughout the whole series, her emphasis on her parents’ finest qualities built the illusion—the ideal—of the yeoman farmer, able to sustain a family on the homestead, raising something from nothing. (439)

This applause for self-sufficiency critiqued New Deal sentiments, which Wilder strongly opposed. But they also arose from a yearning for loved ones lost, and from an urgency to right the wrongs of the past. On These Happy Golden Years, Fraser comments:

Her final novel was her last opportunity to spend time with parents long gone, her last word on a marriage that began with such joy and promise. Secure in the eternal present tense, the last thing Laura says to the reader is, “It is a beautiful world.” (440)

To achieve the illusion of a beautiful world, Wilder deleted episodes from her life, reconfigured time, and glossed over the flaws of those she adored. While her books describe maple sugaring and her corncob doll in exquisite detail, they mention nothing about her brother who died in infancy. Nor do they disclose her father’s recurrent debts and his failures in farming. The Kansas homestead about which Wilder writes so hauntingly was actually an illegal claim on Osage Indian territory.

Fraser suggests that Wilder couldn’t include the whole truth because it was unbearable to revisit the past. “Painfully casting her mind back to the previous century,” Fraser writes, “she pressed on, kept awake all night by remembering her family’s misfortunes and failed crops, her sister falling ill and going blind. What had been punishing to survive was heartbreaking to relive. ‘It’s H—,’ she wrote to her daughter, taught never to swear” (4).

Wilder reinvented her story to tolerate it, and in so doing created a world about which millions have since fantasized. In its careful delineation of truth and myth, Fraser’s biography loosens our grip on dreams of faraway places. It reminds us that sin abounds in every corner of the world, seething in prairie fires and dust storms even while we grasp at nostalgia.

The survey of Wilder’s life in Prairie Fires offers us gifts that penetrate deeper than her treasured novels. Wilder’s story—the whole story—interweaves suffering and hope. Wilder challenges us to confront brokenness with courage, and to recognize God’s mercies even during calamity. A knowledge of the misery she endured renders her advice to children all the more compelling: “The most valuable thing for life never changes by time or place—it is to be honest and cheerful, to find happiness in what you have, and to have courage in hardships” (467).

Wilder challenges us to confront brokenness with courage, and to recognize God’s mercies even during calamity.

A review of Wilder’s hardships, and her tenacity in the face of them, directs focus to the fount of all courage and hope. Ironically, while her novels prompt us to pine for a past world, her story casts our eyes toward the world to come.

In Prairie Fires, we witness an era as tangled and broken as our own. But we also find poignant reminders of God’s grace. Wilder’s legacy teaches us that when we found our hope on the Rock of Ages, no floods or winds, grasshoppers or blizzards, poverty or scorching prairie fires can knock us from the path, or separate us from his love (Matt. 7:24–27; Rom. 8:38–39).