“Philosophers ask questions and think about things that most people take for granted.” So begins each chapter but the first of David Naugle’s Philosophy: A Student’s Guide. To the philosophically unconvinced, this might sound a bit elitist, but to the philosophically curious, it likely rings true. Naugle, chair of philosophy at Dallas Baptist University, aims to address some major philosophical topics from a Christian position: philosophical prolegomena, metaphysics, philosophical anthropology, epistemology, ethics, and aesthetics. He even devotes a chapter to the vocation of Christian philosophers.

Naugle starts off his guide to philosophy by planting a Christian flag: “Jesus Christ is Lord of philosophy. To be sure, no one can say Jesus is Lord, except by the Holy Spirit (1 Cor. 12:3)” (19). But Naugle is not naïve, recognizing that affirming Jesus as Lord of philosophy is “a radically countercultural position” (19). The position this book takes on the role of philosophy is pointedly and intentionally different from the standard view in philosophical circles, perhaps even in Christian philosophical circles. The reader will find both competence in and awareness of the philosophical field, right alongside scriptural quotes and principles. The presence of Scripture in a work on philosophy proper is just one of the things that sets this book apart.

Cards on the Table

Readers would probably expect to find the aforementioned topics (metaphysics, ethics, etc.) in a guide to philosophy. No surprises there. So it’s up to Naugle to communicate about those topics in a way that engages the reader, accurately portrays the difficulty of each topic, and yet remains accessible enough to function as a guide and introduction to the philosophical discipline as a whole. For the most part, Naugle succeeds in striking that fine balance. 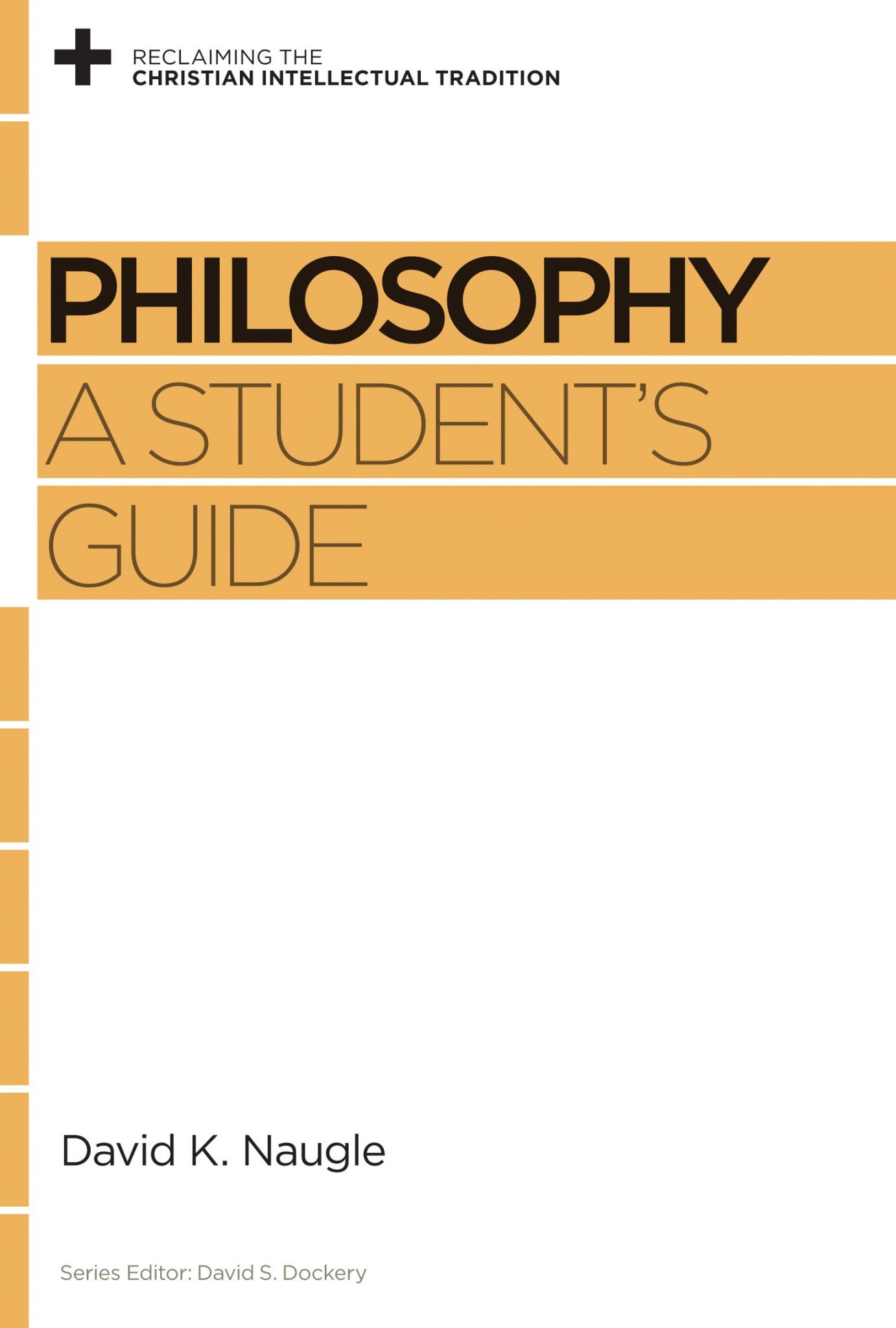 Philosophy pervades every sphere of life from the defense of the gospel to the formulation of Christian doctrine to the daily decisions we make. In this work, distinguished professor David Naugle gives us a firm understanding of the basic issues, thinkers, and sub-disciplines in the field of philosophy as well as an invitation to engage with the contemporary challenges therein. He discusses the importance of prolegomena (assumptions and methods) and the vocation of Christian philosophers. Naugle also outlines the differences between the Hebrew and Greek mindsets and provides biblical perspectives through an Augustinian approach. Above all, Naugle teaches us how to philosophize in light of God and the gospel.

Naugle is intent on maintaining a specifically Christian philosophy throughout his exploration of the major philosophical topics. Not satisfied with deistic or even theistic philosophy, he boldly makes statements such as, “Any kind of Christian metaphysics must, therefore, be Trinitarian in character” (39). In the section on anthropology, he includes a lengthy treatment on the image of God. When addressing epistemology, Naugle helpfully includes a section on revelation, both special and natural. Those topics tend to be theological pitfalls or are wholly absent in many evangelical treatments of philosophy. Naugle, however, refreshingly provides a Christian theological basis and context for them.

As far as its style goes, the book is remarkably readable, especially considering its technical subject matter. Naugle writes accessibly—even with a bit of humor—while still communicating the essentials of each topic he covers. However, there may be a few theological remarks that cause the reader to raise an eyebrow. One point on which readers may differ is Naugle’s emphasis on Christian scholarship’s being “primarily Hebraic rather than Hellenic or something else” (29). He tends to portray Hebraic or Jewish culture and thought as like or even synonymous with Christianity. Though a noble attempt to guard against the Hellenization of Christianity, this approach ends up swapping out an extrabiblical culture and system of thought for an ambiguously termed culture and system of thought.

This minor concern does not pollute the largely positive thrust of the book, and a minor departure here and there should not take away from the work’s value as a uniquely Christian introduction and guide to the complex field of philosophy.

3 How to Expose the Idols in Your Life

5 How to Read Your Bible without Missing the Point