When historians look back on the life of J. I. Packer, J. I. Packer and the Evangelical Future: The Impact of His Life and Thought may serve as a useful starting point. An accomplished group of contributors, including Timothy George, Alister McGrath, Chuck Colson, Mark Dever, and the late Richard John Neuhaus, come together in its pages to reflect on Packer’s legacy. Their conclusion: the Anglican scholar should be seen fundamentally as a “theologizer,” a “latter-day catechist,” a Reformed prophet standing in the tradition of Irenaeus, Augustine, Calvin, Baxter, and Owen.

Most of the book’s chapters were originally delivered at a 2006 Beeson Divinity School conference. According to Beeson dean Timothy George, who organized the conference and edited the resulting volume, “these essays present a mosaic of some major aspects of Packer’s life and thought and also a prism through which we may learn something about the evangelical church-its opportunities, dangers, disciplines, and direction.” The final chapter is a reflection and response from Packer himself.

Students of Packer’s beloved Puritans may hear echoes of John Bunyan’s Pilgrim’s Progress throughout. Turning the pages feels rather like walking through the Interpreter’s House, in fact, with each essay introducing a series of poignant theology lessons. Packer’s interlocutors remind us of profound truths like coram Deo, the necessity of living life “before God’s face”; also, that true theology is ultimately doxology.

Other areas of reflection include the following-all critical lessons for pilgrims bound for the Celestial City.

Packer eschews anthropocentrism in favor of an unapologetic “God-centered” approach to redemptive truth. In his view, only theocentrism fettered to inerrancy and canonical authority can provide pilgrims with the requisite posture for devotion. Furthermore, over and against dry and dusty approaches to doctrinal study, Packer consistently asserts that “it is vital to realize that truth is for people, and therefore, the pastoral function of theology is ultimately primary.”

D. Bruce Hindmarsh describes Packer’s habit of retrieving riches from the past for the purpose of renewing the present as “the Robin Hood character of [his] public ministry.” Following the example of C. S. Lewis, who made an impression upon Packer during his days as a student at Oxford, this “retrieval and renewal” model rejects chronological snobbery in favor of timeless wisdom. Thus, during the same years that Catholic ressourcement theologians were digging into their past, Packer began raiding the castles of seventeenth-century Puritans, redistributing their riches to the impoverished masses of evangelicals. The wealth of Packer’s redistribution is fully on display in an appendix containing a comprehensive bibliography of his written works, beginning in July of 1952.

The doctrines of grace are central to Packer’s mind, beginning with his exegetical method, which is particularly sensitive to covenantal impulses in the canon. Accordingly, in Packer’s view, “the Old Testament should be read through the hermeneutical spectacles that Paul (Romans and Galatians), Luke (Gospel and Acts), Matthew, and the writer to the Hebrews provide.” 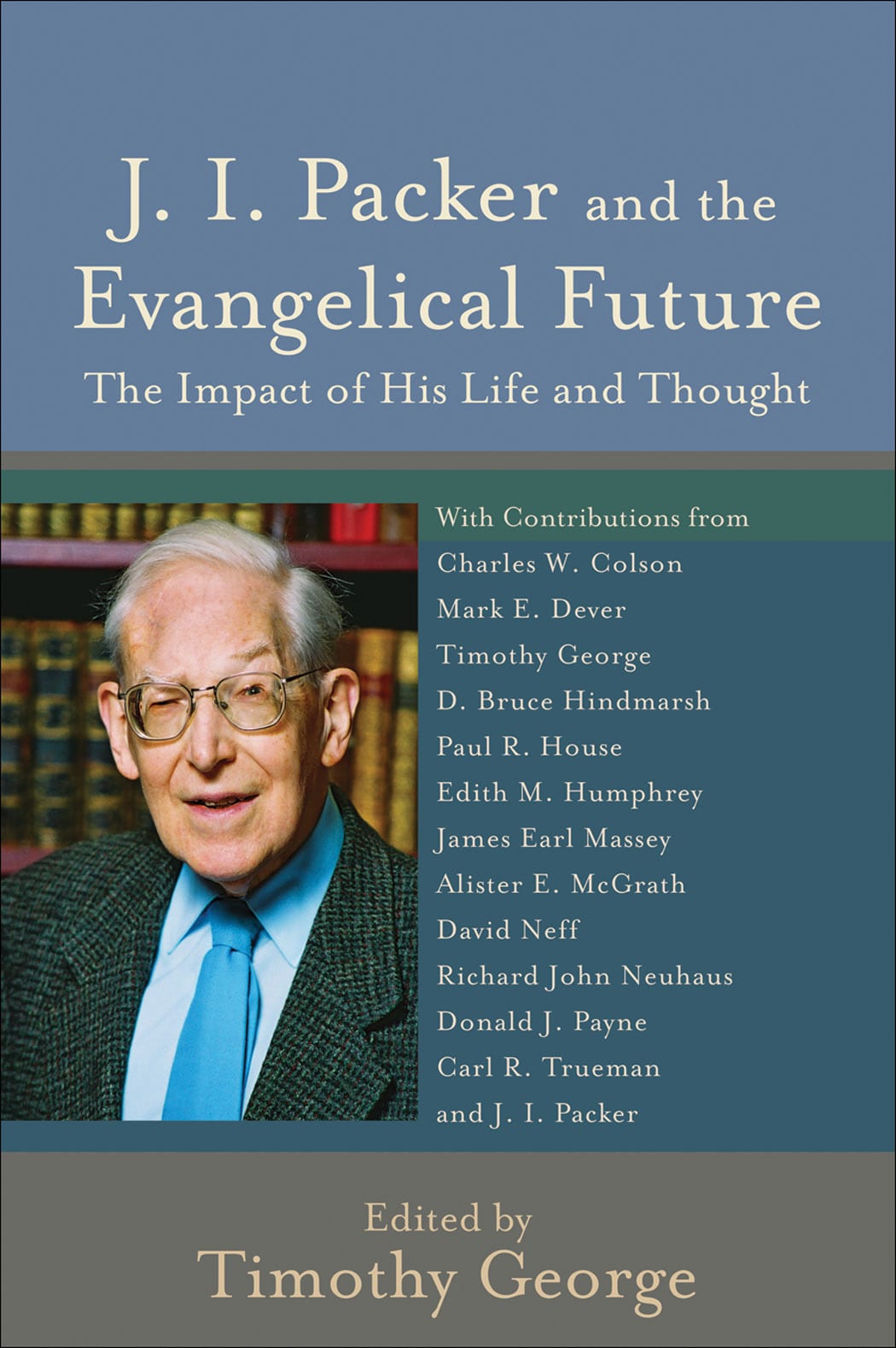 J. I. Packer and the Evangelical Future: The Impact of His Life and Thought

J. I. Packer and the Evangelical Future: The Impact of His Life and Thought

J. I. Packer is one of the most significant evangelical theologians of the last one hundred years. In this book, a team of leading scholars—including Chuck Colson, Mark Dever, Timothy George, Bruce Hindmarsh, Edith Humphrey, James Earl Massey, Alister McGrath, David Neff, and Richard John Neuhaus—assesses Packer’s impact on evangelicalism over the past half century and asks what more we can learn from him about ministry and the evangelical future. J. I. Packer himself offers a response and reflection. The book also includes a full bibliography of Packer’s writings, which is the most comprehensive listing of his writings in print.

Applying this hermeneutic to discipleship, Packer says that “Reformed theology, which seems to me the soundest and profoundest that the world has yet seen, will give the most Christ-like shape to our Christian character.” Whether in Knowing God or in his introduction to John Owen’s The Death of Death in the Death of Christ, Packer intends that the Trinitarian shape, cruciform center, and grace-infused character of his writing not merely be read but also be savored, rehearsed, and absorbed.

Passion is necessary for Packer, but not at the expense of patience. Though it may be tempting to dash ahead in gospel service, the wise pilgrim first looks backwards with a serious and measured gaze, analyzing and evaluating patterns of divine revelation. This practice becomes a kind of theological truism-unless one has patiently waited upon the Lord in prayer and study, he or she is unlikely to manifest the glories of the next world.

Packer has lived out his revelation-analyzing ideal by teaching and participating in projects such as the English Standard Version (ESV) Translation Oversight Committee, which he has chaired since 1999. It may also explain his involvement in Anglican renewal efforts and in Evangelicals and Catholics Together (ECT). For Packer such projects are driven by an eschatological hope, a desire to see the end-time unity of the church more fully realized in the present.

Reflecting upon Jesus’ prayer in John 17:20–23, Packer writes: “This prayer clearly entails the thought that God’s one international family should seek to look and sound like one family by speaking and acting as such, and that means aiming at togetherness wherever togetherness can be achieved.”

What would Packer say to Bunyan’s Christian about Mr. Hopeless? He might offer a warm, personal explanation of the Bible’s reliability, assuring Christian that because the text of Scripture is the revealed Word of God, inerrant from start to finish, it is altogether dependable. Packer asserts that only when the Bible is approached in such a way is there any proper context for obedient discipleship, a note he strikes in several of his books, particularly Truth and Power and God Has Spoken. The Bible’s veracity and authority lead us to its central event, the Passion of Jesus Christ, and to our need to consistently preach it.

Of the preacher’s craft, Packer says, “Never let his exposition of anything in Scripture get detached from, and so appear unrelated to, Calvary’s cross and redemption that was wrought there.” Thus, his books such as Keep in Step with the Spirit insist upon holiness. As Packer summarizes in this volume’s closing chapter, “A life of repentance, good works, loyal obedience, and thankful praise God-ward is the true fruit and vital evidence of genuine faith.”

So in summary, what legacy does J. I. Packer leave for the future of evangelicalism? A greater understanding, perhaps, of the relationship between Christian theology and doxology, humility, generosity, honesty, patience, vitality, and solidarity-all connected as only a great “theologizer” can.