How do you begin to talk about the church and its relationship to culture? The questions seem endless: What is the mission of the church? Should the church care for the poor outside its congregation? How should I vote? How much politics is appropriate for the pulpit? How does my cultural activity relate to the world-to-come? Should I homeschool? Are the demands of the Sermon on the Mount binding on the government? What does it mean to “redeem” or “transform” culture? How ambitious should our cultural engagement be?

The answers to these difficult questions shape the identity of churches and other organizations. These concerns don’t just divide mainline Christians from evangelicals. Rather, they divide even theological conservatives, who want to appropriately engage culture without forfeiting the centrality of the saving gospel and discipleship.

David VanDrunen’s new book, Living in God’s Two Kingdoms: A Biblical Vision for Christianity and Culture, addresses this tension among evangelicals. VanDrunen’s project responds to what he calls the “Redemptive Transformation of Culture” movement. He takes aim at three camps within this movement: the neo-Calvinists, N. T. Wright and the New Perspective, and the Emerging Church. These groups have little in common other than all three claim that the church’s cultural labor should advance the full realization of God’s new creation. God’s plan is to transform and remake our current creation in order to accomplish his original plans for it (cultural mandate of Genesis 1). Wright assures Christians in his book Surprised By Hope, “You are accomplishing something that will become in due course part of God’s new world.” VanDrunen sums it up nicely: “The gospel of the kingdom of God, therefore, is about our work of transforming the world toward peace and justice, and the New Jerusalem.”

His claim, however, is that this proposal misreads or ignores some important biblical themes about cultural engagement and its relationship with the world-to-come. VanDrunen suggests that proponents of the Redemptive Transformation of Culture (RTC) movement misunderstand what the Bible expects of Christians, who live as “sojourners” and “exiles,” in their engagement with common culture. His offers a theology of two kingdoms: (1) a common kingdom and (2) a redemptive kingdom. He identifies these categories from the storyline of the Bible. The storyline goes like this: Adam failed the test of keeping the garden and obedience to God, which would have brought him and his seed into the world-to-come. His failure brought sin and turmoil upon humans and their cultures. 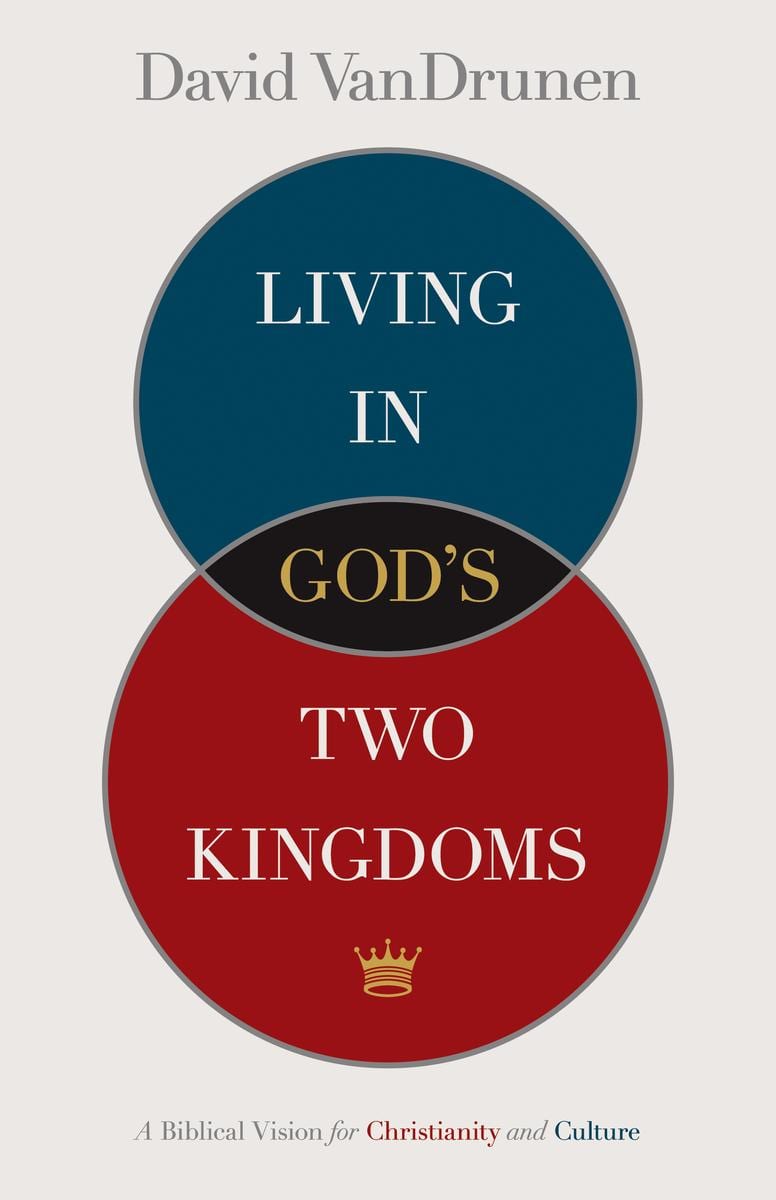 Living in God's Two Kingdoms: A Biblical Vision for Christianity and Culture

Living in God's Two Kingdoms: A Biblical Vision for Christianity and Culture

Modern movements such as neo-Calvinism, the New Perspective on Paul, and the emerging church have popularized a view of Christianity and culture that calls for the redemption of earthly society and institutions. Many Christians have reflexively embraced this view, enticed by the socially active and engaged faith it produces.

Living in God’s Two Kingdoms illustrates how a two-kingdoms model of Christianity and culture affirms much of what is compelling in these transformationist movements while remaining faithful to the whole counsel of Scripture.

From here, God gives two covenants that create the common and redemptive kingdom. First, God made a covenant with Noah to preserve the human raise and its social order. This covenant established the common kingdom, which embraces all the human race in common. Second, God covenanted with Abraham with a saving promise finally fulfilled in Christ. This covenant established the redemptive kingdom, which consists of those trusting in the saving promises of God. The OT storyline displays the life of those in the redemptive kingdom as either in the land or as sojourners and exiles. Since Christians are part of a kingdom that is not of this world (redemptive), they are to act as sojourners and exiles in the common kingdom. Their cultural activity is to be, as VanDrunen puts it, joyful, detached, and modest—a sentiment I trust most of the RTC movement would take issue with.

The most important part of VanDrunen’s proposal is the place of the work of Christ. His main difficulty with the RTC movement is that they ignore the work of the second Adam, and hand that work and duty off to Christians. According to VanDrunen, the Bible clearly understands that Christ accomplished what Adam failed. Christians are not bringing in the new creation by their cultural activities, since Christ has already secured it in his life, death, and resurrection. We are not the second Adam. Christ is.

The two kingdom theology also informs VanDrunen as to what level the church engages in cultural concerns shared with the common kingdom. The church should be zealous to accomplish its own special work of the redemptive kingdom and leave the work that is framed for the common kingdom to the institutions God has entrusted it to. This has many implications for caring for the poor outside the congregational life of a local church, social justice, or identifying the church with any institution or community of the common kingdom. VanDrunen argues at length that individual Christians can and should participate in these cultural institutions, even partnering with unbelievers, making a distinction between the church (as an institution) and individual believers. But the mission of the church is concerned with God’s redemptive kingdom. VanDrunen uses the two kingdom interpretive grid to approach education (homeschooling, public schools, etc), vocation, and politics.

Living in God’s Two Kingdoms is modest, not a splashy proposal for cultural engagement. VanDrunen doesn’t dismiss Christians’ desire to make significant changes in our culture for good, but he encourages Christians to resist the temptation to act as “citizens” of this present kingdom.

Let me quickly say something about how he represents his opponents. VanDrunen writes with respect for his opponents, and, even at times, appropriate sympathy. However, he limits serious explanation of their views to pages 16–24, while the rest of the book (25–205) sets forward his alternative. I hardly think eight pages is enough space to summarize their views sufficiently, especially the neo-Reformed works of Dooyeweerd, Kuyper, and Plantinga, much less N. T. Wright’s understanding of the resurrection and new creation. That may have been an editorial decision, but some serious interaction with the claims of these authors would have been helpful for readers and honored his interlocutors. A glaring absence in the book is any interaction with writers such as Tim Keller, Andy Crouch, or James Davison Hunter, who have significantly shaped the discussion in the United States. This leaves several open questions to his conclusions.

Also, VanDrunen makes the claim that human cultures (even honorable ones) will not last into the new creation, but will be brought to a radical end (Isa. 65; 2 Pet. 3). It is not surprising, then, why he emphasizes a “detached” mindset. Yet, VanDrunen doesn’t interact with scholars who would challenge that assumption (e.g., see Doug Moo’s “Nature in the New Creation,” JETS, 49). The result is that VanDruden often argues against the lowest common denominator of his opponents.

Many will not like VanDruden’s “modest and detached” proposal. They may reject his arguments for the local church to care only for the needy within its congregation, excluding its wider community. But they will need to contend with exegeticaly and theologically sophisticated arguments in Living in God’s Two Kingdoms. VanDrunen asks hard questions and labors to give answers that are faithful to the storyline of the Bible, the work of Christ, and the mission of the church.