This book isn’t sexy. J. I. Packer isn’t either. Maybe that isn’t such a bad thing.

Books on spirituality and the Christian life are often unnervingly trendy. Our culture has conditioned us to crave quick fixes, clichés, nine-step programs, and grandiose promises. Unfortunately, once the novelty fades, the boredom usually returns, the emptiness haunts us again, and melancholy lurks at the door. What happened? We find ourselves—body and soul—malnourished as a result of such ventures, just like we do when we chase new diet after new diet. In the desert of our lives, we’re tempted to despair and give up—that is, until the next shiny fruit is offered and the next untested promise comes across our screen or pops up in our pulpits. And then we say to ourselves, yet again, “This new approach will be the one. . . .”

Christian spirituality has had plenty of movements throughout the last two millennia—some proving genuinely helpful, others not so much. Those that were more than a fad you might call “traditions,” while those that disappeared as quickly as they arose could be characterized as “trends.” Each tradition, even amid its diversity, has its own ways of living, articulating, and passing along what it believes to be the most helpful aspects of a genuine Christian spirituality. There are habits and ways of being that must be received, absorbed, and passed along.

Packer unapologetically identifies as a Reformed theologian in the Anglican tradition: his greatest debt is to the English Puritan expression of that theology. While clearly having a good sense of humor, he’s never been particularly flashy—except maybe for the unfortunate book title Hot Tub Religion, but I’ll blame that on the publishers! What he’s always been is sane. More on that in a moment. 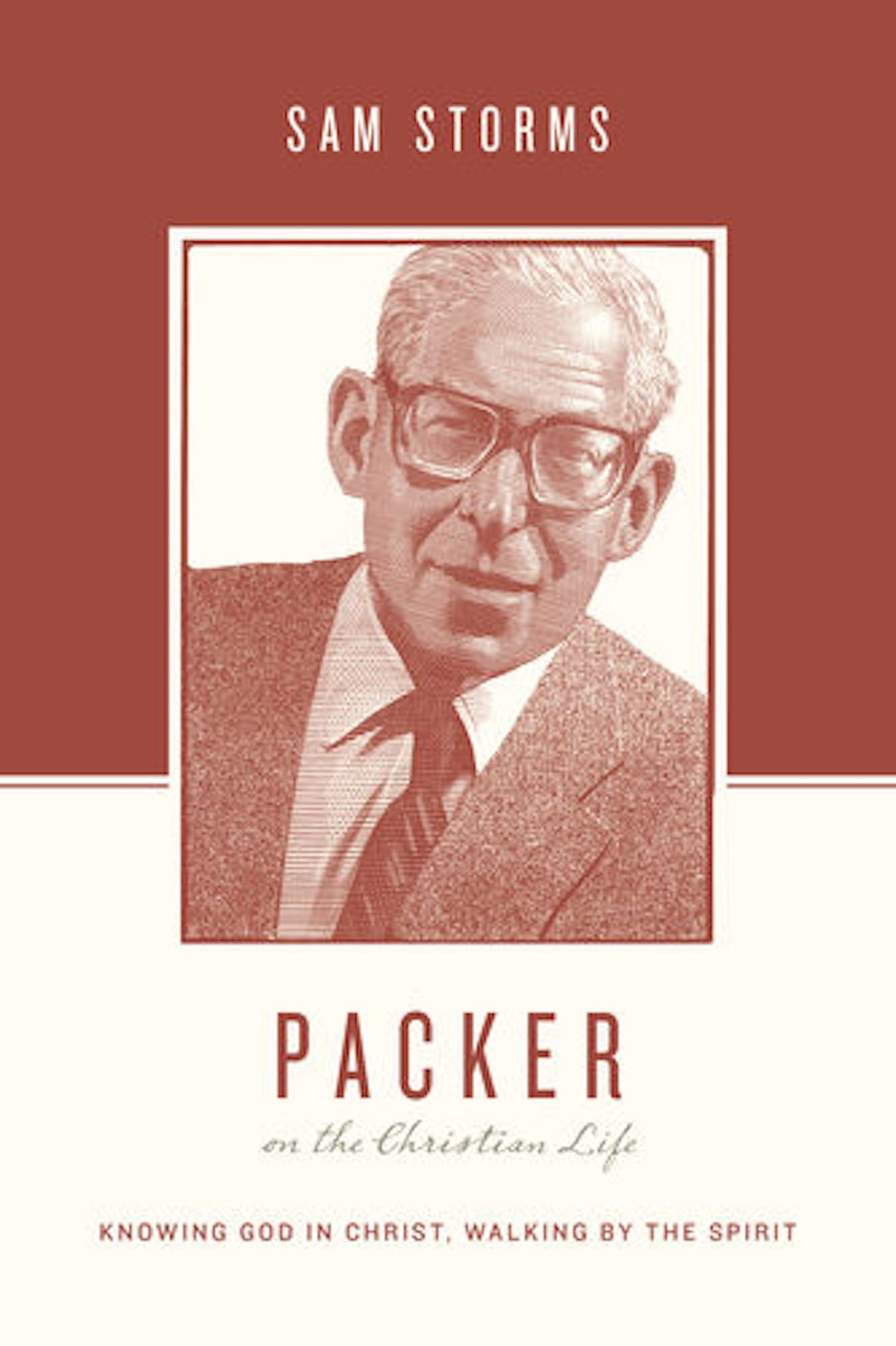 Packer on the Christian Life: Knowing God in Christ, Walking by the Spirit

Packer on the Christian Life: Knowing God in Christ, Walking by the Spirit

In his recent book Packer on the Christian Life: Knowing God in Christ, Walking by the Spirit, Sam Storms does a fine job of outlining Packer’s approach to Christian spirituality. Packer’s vision has profoundly shaped vast numbers of Christians around the world, especially evangelicals in America and the United Kingdom. Attempting to describe the pastoral advice Packer contributed, Storms focuses on the theological foundation behind that wisdom. To use Packer’s language—he’s a “catechist” who delights in teaching the truths of Scripture so that the lives of God’s people might grow in grace and truth.

Storms concentrates on themes that sound familiar to many evangelicals: Scripture provides the authority for Christian living, a life free to be holy even as battles are waged against indwelling sin; believers flourish under the presence and power of the Spirit who awakens, sustains, stirs, and grows us; suffering may be inevitable but takes us not to a cruel but a loving Lord; and prayer must be cultivated without lapsing into mere ritual nor ecstasy divorced from biblical revelation. Storms ends his discussion of Packer’s spirituality where it begins—with a Christological focus. Genuine Christian spirituality is only possible because of the forgiveness and grace of God in Christ by his Spirit (ch. 2). This very life turns out to be an existence centered on “fellowship with Jesus,” which, Packer says, “is not a metaphor or parable or myth of something else, but is a basic ingredient of distinctly Christian experience” (182).

This takes us back to where we started. The rhetoric of our era uses the trendy and the extreme, often without consciously doing so. It tends toward the inflammatory and the uncharitable, which too often infects the church. Some theologians and pastors (conservative and liberal alike) are quicker to arouse their people to uninformed passions than to gain and impart understanding of the opposing perspective or appreciate the tradition that’s formed a given conviction. Thankfully, Packer is not trendy, and not given to excesses.

Whether talking to his Pentecostal sisters and brothers about the presence and power of the Spirit, or negotiating the complexities of justification by faith alone, Packer—at his best—hates a straw man. He prefers to find areas of genuine agreement, and then he’s willing, when necessary, to offer occasional correctives or distinctions. He always does this self-conscious of his tradition, yet willing to have it corrected. His impulse is unity, yet he’s willing to say hard things when he believes it necessary (like against the emergence of an unjust and unorthodox prosperity gospel). It’s not hard to find people on the left who’ve found him irritating because of his convictions, nor is it difficult to find people on the right who think he’s overly charitable.

In my mind, one of the best aspects of Packer’s vision is his impulse to Christian generosity of spirit. Storms highlights this. Packer has been able to distinguish between his defense of certain theological truths and the reality of those truths. Put differently, he recognizes that an affirmation of the sovereignty of God is not contingent on other people believing it—the affirmation is either true or not. This frees him in Evangelism and the Sovereignty of God, for example, to look for how all believers practice this idea in some way (e.g., prayer), even if the language of “sovereignty” and certain conceptions of it are philosophically denied.

So, Packer may not be sexy, but he is sane. Whether dealing with the rationalist temptation to neglect giving attention to the ongoing presence and power of the Spirit, or the pious emotionalists who want to emphasize devotion but aren’t willing to examine their beliefs to ensure the God they’re worshiping is the God of Abraham, Isaac, Mary, and Paul, Packer looks for the good. But he’s also always willing to nudge where there are extremes and misunderstandings. When Keswick theology was undermining human agency with the call to “let go and let God,” Packer was highlighting the biblical assertion that our actions matter. When certain forms of critical theory had abandoned the ties of the gospel to history, he focused on scriptural authority. When some strands of uninformed fundamentalism ignored the complexity of biblical genres, authorial distinctions, and historical developments, Packer called them to understand and celebrate the wonder of inspiration rather than flatten out textual inconveniences. Packer’s ethos is key here, for it informs how he approaches theology and the Christian life since the two cannot be separated.

Ask young teenagers who is sexy, and they often point to the person who constantly flirts with darkness, who lives on adrenaline as if all that matters is what’s right in front of them at the moment. Ask someone later in life what’s sexy and the answer can sound crazy to the young: “Sexy is kind and compassionate, dependable and honored, trustworthy and faithful.” Life looks different as it’s lived, with its highs and its lows, its promises and its heartbreak.

Through his survey of Packer’s theology, Storms reminds us that faithful and sensible is—in the long run—sexy when it comes to living the Christian life. It’s attractive, compelling, and beautiful. If you find yourself exhausted by trends of spirituality, do yourself a favor—read Packer on the Christian Life and gain a sensible friend who can help you get your bearings.

Kelly M. Kapic is professor of theological studies at Covenant College in Lookout Mountain, Georgia. He is the award-winning author or editor of more than 15 books, including Embodied Hope (IVP Academic, 2017), The God Who Gives (Zondervan Academic, 2018), and Becoming Whole with Brian Fikkert (Moody, 2019). Kapic is also part of a John Templeton Foundation grant studying “Christian Meaning-Making, Suffering, and the Flourishing Life.”