The Southern Baptist Theological Seminary, the oldest seminary among Southern Baptists, celebrates her sesquicentennial in 2009. No less than four books related to the seminary’s history have been published in conjunction with this significant anniversary. One of these books is a new biography of seminary founder James P. Boyce, authored by Tom Nettles, a noted Baptist historian and professor of historical theology at Southern Seminary. James Petigru Boyce: A Southern Baptist Statesmen marks the latest entry into P&R’s excellent American Reformed Biography series. It is now the most comprehensive introduction to one of the leading Southern Baptist theologians and denominational leaders of the nineteenth century.

Nettles follows a basically chronological route as he recounts Boyce’s life and contributions. Boyce’s church background, conversion, and subsequent call to the Baptist ministry were not unlike many of his peers. Conversely, his education at Brown University and Princeton Theological Seminary far exceeded that of virtually all of his fellow Baptists in the South. After stints as a state paper editor and pastor, Boyce became a theology professor at Furman University. It was there that he issued a clarion call for seminary education among Southern Baptists with his now-famous address, “Three Changes in Theological Education.” A quality faculty was recruited, and in 1859 the Seminary was established in Greenville, South Carolina.

The Civil War eventually forced the seminary to close, and Boyce and the rest of the faculty served as Confederate chaplains and/or labored in secular vocations. Following the war, Boyce devoted his final two decades to establishing the seminary on solid financial footing, building a strong and orthodox faculty, and writing a systematic theology. He also faced a number of struggles, both internal and external, as he built his seminary and served the wider Southern Baptist denomination.

Historical theologian that he is, Nettles devotes considerable space to theological matters; two entire chapters are devoted to Boyce’s theology. Boyce’s commitment to Calvinist soteriology and Baptist ecclesiology informed every part of his ministry. The seminary itself was guided by a confessional statement, The Abstract of Principles, a carefully negotiated document that embodied the heart of Boyce’s convictions and represented the mainstream convictions of Southern Baptists. The proto-modernism of Crawford Toy and the sectarianism of Baptist Landmarkers undermined the seminary’s commitment to Calvinistic Baptist orthodoxy. 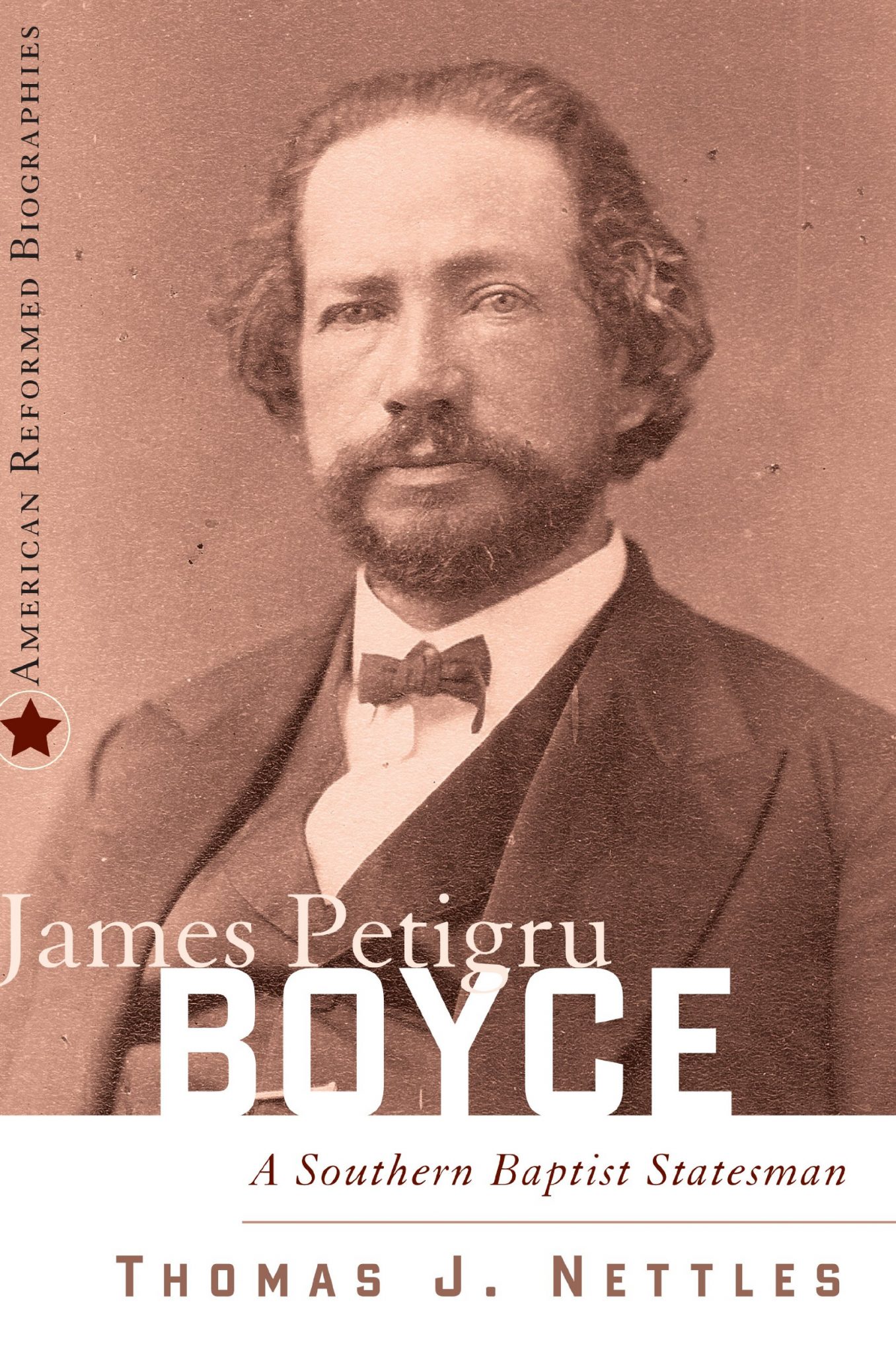 Here is a story of faith triumphing amid struggles and controversies within the Southern Baptist Church. At a time when piety and scholarship were often viewed as antithetical, and no formal confessional statements were required of pastors, Boyce envisioned a confessional seminary that reflected the best of pious scholarship and stood as a bulwark against the slide toward theological diversity. These pages show why Boyce’s accomplishment was truly one of the wonders of American theological education.

After the death of Boyce and his friend and successor, John Albert Broadus, the seminary drifted away from Calvinism as many faculty members gradually embraced progressive tendencies like the historical-critical method and heretofore aberrant convictions like Arminianism. The book concludes with a brief reference to the recent theological changes at Southern under the leadership of Albert Mohler, himself a theologian who seeks to embody the emphases of Boyce and the first generation faculty.

Understandably, much of the biography also focuses on the establishment of Southern Seminary, though at times this narrative almost overwhelms the story of Boyce himself. Lengthy block quotes and extended discussions about the school’s inner workings result in some cumbersome sections and make an already long biography even longer. Some readers will likely quibble with Nettles’s emphasis on Calvinism, though this seems consistent with Boyce’s own theology, the majority of his denominational peers (SBC leaders), and the emphasis of the series in which the biography is published. Still others will wish Nettles offered a more critical portrait of Boyce, though this reviewer believes the author’s obvious admiration and affinity with his subject steers clear of hagiography and even strengthens the book.

Nettles’s biography is a welcome contribution and deserves a wide reading among scholars interested in nineteenth-century Southern Baptists, evangelicalism in the South, Calvinism in America, and the history of theological education. It will also likely be a favorite among those who have ties to Southern Seminary or appreciate the founding convictions and emphases of the Southern Baptist Convention.