On a cold January morning in Nashville, 680 pounds of strategically placed explosives leveled the 12-story Lifeway building in just 20 seconds. Onlookers marveled at the cloud of dust that stretched for miles across the skyline.

“Seeing it go up, was a slow process,” Lifeway retiree Charles Willis told the Baptist Press. “Seeing it come down was really, really fast.”

What Willis and others witnessed is called an implosion. But what took mere seconds to watch was months in the making. As Eric Geiger, senior vice president for Lifeway Christian Resources looked on, his mind raced back to the pages of 2 Samuel. He thought about how King David’s life imploded after a long buildup of bad choices. In his new book, How to Ruin Your Life—and Starting Over When You Do, he draws lessons from David’s life to help Christians avoid implosions and rebuild when they fail.

Geiger dissects the strategic moments when King David, in the prime of his reign over Israel, fell:

It can be hard to reconcile how David, a man after God’s own heart, could commit adultery with the wife of a trusted soldier, a knight from his own elite round table, so to speak. When David asked who this woman was, someone answered, “Is not this Bathsheba, the daughter of Eliam, the wife of Uriah the Hittite?” (2 Sam. 11:3)

Who was this woman? Bathsheba was the granddaughter of Ahithophel, one of David’s chief counselors. Her father, Eliam, was one of David’s elite mighty men. In other words, David knew this woman. He knew her family. He knew adultery was wrong. He knew God had granted him kingly authority to serve his people and lead them in righteousness.

But David ignored the moral (and practical) imperatives to treat Bathsheba with respect. Instead he abused his power. When Bathsheba tells David she is pregnant, he seeks to conceal the matter. The remedy seemed simple enough: manipulate Uriah to come home and sleep with his wife, and no one would be the wiser. 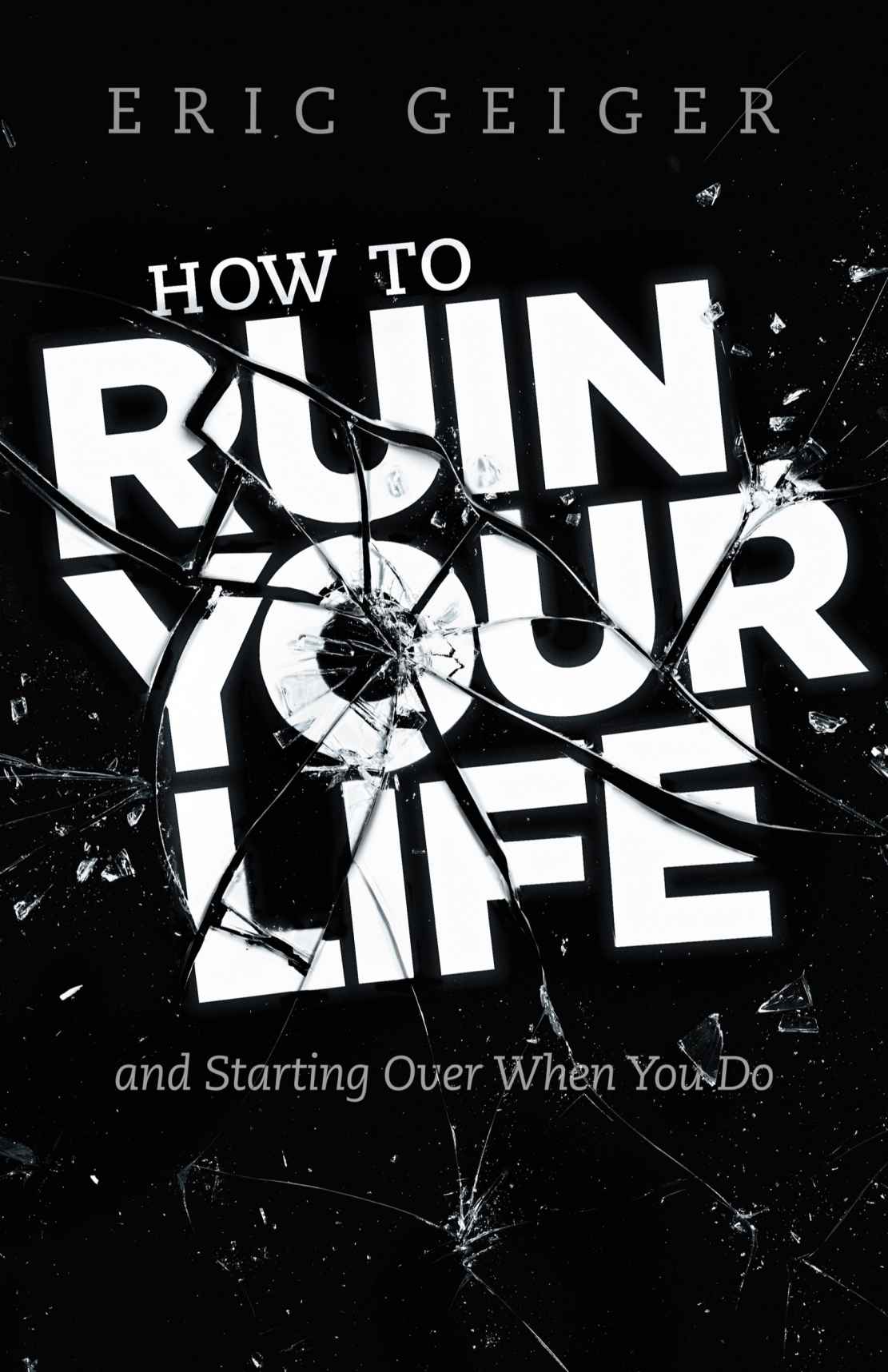 How to Ruin Your Life and Starting Over When You Do

How to Ruin Your Life and Starting Over When You Do

You can blow up your life.

Author of bestselling books Simple Church and Creature of the Word, Eric Geiger offers a sobering reminder that many great and godly people have imploded, and none of us is above the risk.

Looking at the story of David’s infamous implosion, readers will learn how to ruin our lives (so we won’t), and also how to find hope if we do—as all of us need his grace.

Uriah said to David, “The ark and Israel and Judah dwell in booths, and my lord Joab and the servants of my lord are camping in the open field. Shall I then go to my house, to eat and to drink and to lie with my wife? As you live, and as your soul lives, I will not do this thing.” (2 Sam. 11:11)

David wielded his authority to sexually coerce a young woman; deceive her husband, Uriah; and then order his murder. How does the author of so many famous psalms, a “man after God’s own heart”—one who declared the excellencies of God in intimate detail—become an adulterer, schemer, and murderer?

In our day, why do godly men we admire fall so often into obvious sins? Geiger writes:

The three explosives are isolation, boredom, and pride. (45)

Isolation: David should’ve been at war; instead, he sent away those who would’ve had the courage to confront him. But isolation isn’t always the result of a decision we made. While it’s true we can sinfully isolate ourselves from others, it’s equally true that many are isolated by circumstances beyond their control. A daughter caring for an aging parent, for example, can find “getting out” an impossibility for months, even years.

Though Scripture does infer that David should’ve been out with his men fighting, I didn’t think Geiger made an effective case for boredom—troublesome though it be—as a foundational explosive for ruin.

Pride: David, the king of Israel, felt entitled. To everything and everyone. Clearly, pride is a common thread in every downfall.

Geiger’s analysis of David’s downfall and his application for leaders today alone would’ve made an insightful book:

Competent and effective leaders in a variety of fields and disciplines forfeit their roles over deficiencies in their character. They were able to lead others but not themselves, able to grow an organization while their hearts grew cold. When a lack of integrity comes to light, leaders can be disqualified. (8)

Unlike social media and news headlines that unpack in salacious detail the downfall of admired leaders, Geiger shares what happened after David’s fall—and commends these steps of redemption to us: confrontation (2 Sam. 12), confession (Ps. 51), and celebration (Ps. 32).

Confrontation: “When pride ruined his life, in humility he started over again. The story does not end with David’s implosion and ruin. Your story does not need to end in ruin either” (115).

Celebration: Psalm 32 was written after the confession of Psalm 51, and in it David celebrates his redemption:

How joyful is the one whose transgression is forgiven, whose sin is covered! How joyful is the person whom the LORD does not charge with iniquity and in whose spirit is no deceit! (Ps. 32:1–2)

How to Ruin Your Life—and Starting Over When You Do is a helpful read for anyone seeking to avoid ruin. Seasoned Christians and new believers alike will benefit from his gospel-drenched remedy for recovery from tragic decisions.