John Sowers’s The Heroic Path: In Search of the Masculine Heart is an Areopagus work. Let the reader be prepared: this is neither a careful exegesis of texts touching on manhood, nor a systematic theology of gender. Sowers isn’t out to write either book. The Heroic Path is an introduction and invitation to men who know little of either masculinity or Christianity.

Sowers, author of Fatherless Generation (Zondervan, 2010) and president of The Mentoring Project, begins by acknowledging that modern Americans view masculinity with something like a statue-to-the-unknown-god approach (Acts 17:23). The modern American man has a welter of desires, intuitions, fears, and confusion about what manhood means—especially if, like Sowers, he grew up without a father. Sowers tries to show how these desires, fears, and confusion find their fulfillment, relief, and resolution in Christianity.

He begins by placing himself as a fellow pilgrim among confused, fearful men. The birth of his twin daughters fills him with both joy and anxiety; how can he be a man for them when his own dad was absent? He intuits that real masculinity exists out there somewhere—“a remote ManCave with lots of bearded men, and smoke and fire and drum circles” (13). The Heroic Path, in his words, “is about getting to the ManCave” (13). 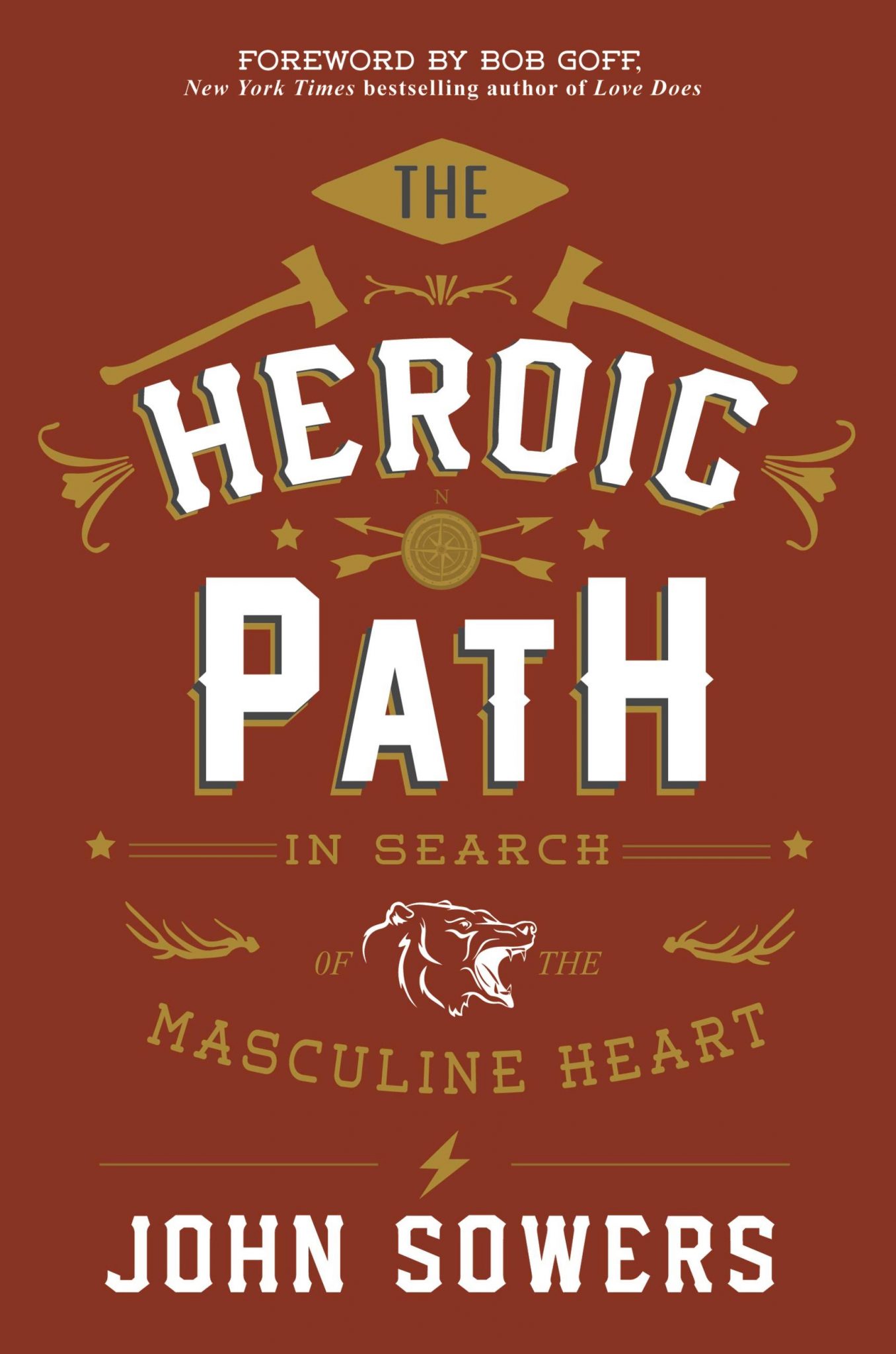 Let’s pause here. If seeing the word ManCave in a Christian book on masculinity makes you want to write it off totally, be at ease. Sowers has a lot of fun in his writing. This book is full of good will and good humor—largely at his own expense—and he stirs in some silliness even when he’s moving toward a serious point. Sometimes the style distracts from the substance: his extended riffs on The A-Team and the doomsday prepper movement are two examples. But overall, Sowers effectively uses humor to make serious points.

Roughly the first half of the book consists of meditations on somewhat related subjects. Sowers identifies some of the inadequate masculine stereotypes floating around our world—Gym Guy, Huge Pickup Truck Guy, Adultlescent Man Guy, and others (19–20). With those as counterexamples, he reflects on the value of men who depict a more meaningful picture of manhood. He discusses the importance to men of what he calls “place” (42), or rootedness in location and relationships. Sowers devotes a chapter to discussing how men must not draw their identities from women—either as mothers and mother-figures (55) or sex objects (59). Moreover, he asserts the importance of “wildness” as part of masculinity (71). This is the most tenuous chapter in the book: he doesn’t say this, but this idea appears to come from the misinterpretation of the fact that Adam was “created outside the Garden.”

But beginning in chapter seven, Sowers picks up a fascinating trail. He connects what he sees as “the heroic path”—the life God ordained for men and displayed in Jesus’s life—with the stages of the archetypal mythic journey. Building off of the famed conversation between J. R. R. Tolkien and C. S. Lewis on myth, Sowers bridges traditional epic stories to the narrative of the gospel. “Our way to the wild masculine follows the one true Myth,” he writes (90).

The rest of the book is devoted to the stages of this mythic path. Severance involves leaving the comforts of our former life, stepping away from old habits and old grudges into a state of attentiveness to God. Sowers symbolizes this with the River, grounding it in Jesus’s baptism and in our own conversion: “When we surrender to the Father, our old lives are buried and gone” (143). Confrontation sets the natural/buried fighting instinct of men against the forces of spiritual evil (157), summed up in “wilderness.”

Transformation is where the use of our “mythic talisman”—the Word of God (167)—turns our lives into weapons of God’s glory (175). Return means we don’t stay on the road or in the wilderness, so to speak; we find a home and spend our lives building into it. “The men who change history are those who love well,” he observes (191).

These sections contain so much interesting content that I wish the whole book had been devoted to this idea. Sowers bridges the archetypal hero’s journey, Areopagus-style, both to the life of the Christian and to the life of Jesus. He is a vivid writer who has a gift for bringing biblical scenes to life (see, for example, pages 139–141 on Jesus’s baptism). He renders truth in a way that a non-Christian could easily understand and appreciate. As an introduction to Christianity and an invitation to start a journey to change one’s life, The Heroic Path would serve well.

That said, the book has some typical weaknesses that come from being an introduction and an invitation. For instance, it makes so much of Jesus-as-example-and-pattern that it drowns out the message of Jesus-as-Savior: the emphasis seems to be on what we are to do, not on what God has done for us. Similarly, while Sowers identifies that we’re in a spiritual battle and even that our own flesh can fight against us, he fails to emphasize the ultimate stakes (eternal life/death) or the danger of God’s own wrath against sin. Such omissions may seem understandable considering the intent of the book, but there’s danger in omitting them from any discussion of how we are to live.

And the “poetic” nature of the book means that Sowers majors on connecting to readers viscerally and minors on presenting structured or systematic truth. There’s a lot of biblical content in The Heroic Path and some definite calls to action, but it feels more like inspiration than instruction. It’s a book to get someone started.

Reservations notwithstanding, The Heroic Path would benefit men who want to develop as men and perhaps investigate Christianity. Sowers has some serious writing gifts: he’s talented with description and style. And his good humor and goodwill make the book feel like an invitation from a friend. On the whole, The Heroic Path has a warm and distinctive approach to masculinity that can get men moving in the right direction.

Joseph Rhea is an elder at Redeemer Community Church in Birmingham, Alabama, where he lives with his wife and three children. He has a master in divinity from Beeson Divinity School in Birmingham, and he currently works as a technical writer. Joseph blogs at Borrowed Rays; you can also follow him on Twitter.