Adoption is a hot issue for evangelicals, today. There are, now, conferences being held, books being written, and new ministries formed. More and more people are interested in adopting children overseas or outside their socio-economic status, it seems, then ever before. From what I can tell, this trend is due to the resurgence of gospel centrality in churches today. The process of adoption is a powerful expression of the inheritance Christians have as adopted sons and daughters through the work of Christ Jesus.

Ted Kluck has contributed a new book to this adoption resurgence entitled, Hello, I love You: Adventures in Adoptive Fatherhood. Many will know Kluck from the book Why We Are Not Emergent: From Two Guys Who Should Be, which he co-authored with Kevin DeYoung in 2008. Outside the world of Christian literature, Ted Kluck is a sports writer.

Kluck’s book is not an argument for why Christians should adopt. I cannot recall at any point where he pleads with his readers to consider adoption. There are no statistics displaying the growing need of orphan care—especially in developing countries. I never felt guilted for having three children, all of which are biological. Hello, I Love You is a memoir—a recounting of, from Ted’s point of view, the adoption process of their two Ukrainian boys: Tristan and Dima. 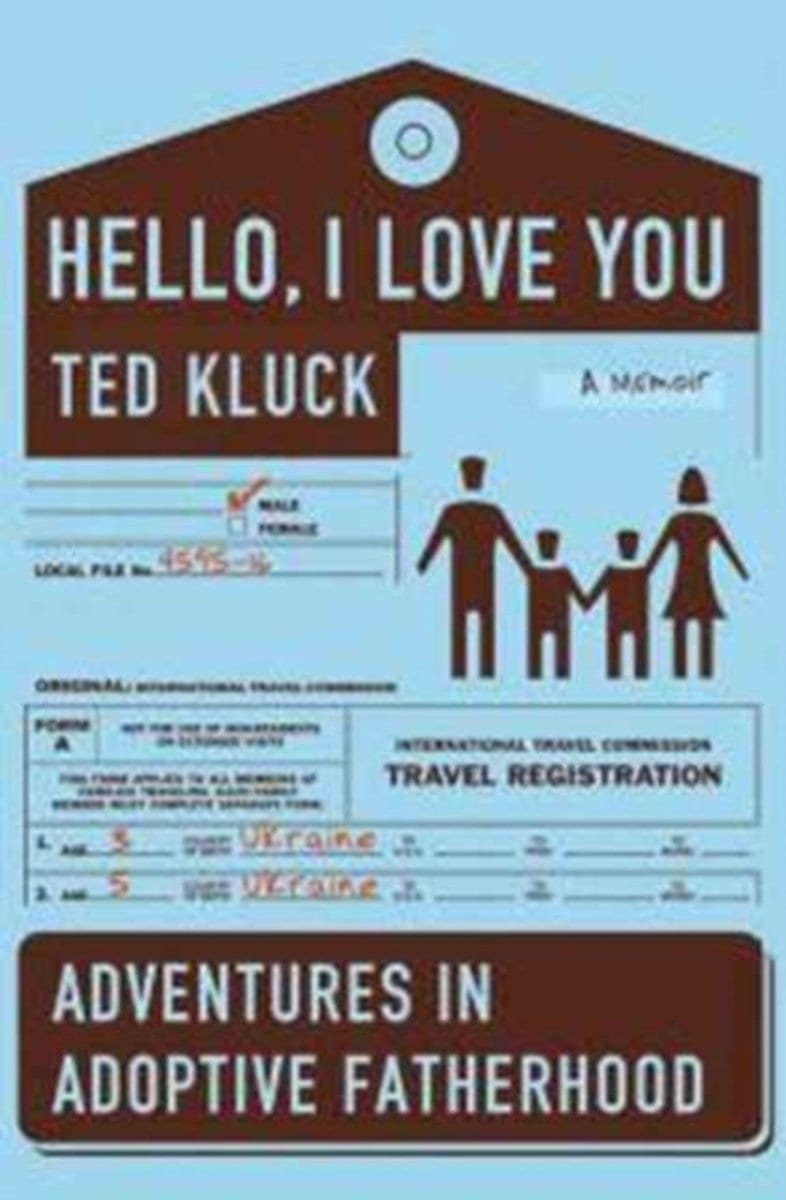 Hello, I Love You: Adventures in Adoptive Fatherhood

Hello, I Love You: Adventures in Adoptive Fatherhood

There’s nothing like adoption to make a grown man cry. Repeatedly.

In this humorous and honest memoir, Ted Kluck—father, writer, and sports fan—details his adoption of his two sons from Ukraine. While not always self-flattering, his complaints and struggles will provoke laughter, some fear, and self-examination.

The book is split up into two sections: Part 1 is the story of Tristan’s adoption, and Part 2 is Dima’s. Kluck does not spare us any of the difficult details. In fact, the point of the book is to recount the extraordinarily difficult adoption process, the cross-cultural complications, the agony of infertility and Ted’s struggle to respond like a Christian in every situation. Easily, the subtitle of this book could have been Confessions of an Adopting Father.

Each adoption story spans from the early desires to adopt to the tearful, but joyful, flight home with each new family addition. Of course, the difficulties are in all the details, and Kluck’s writing is good enough that you feel all of the emotions in response to the details. I felt overwhelmed by the endless amount of paperwork to fill-out, get signed, mailed, and notarized. I got claustrophobic reading about their Ukrainian apartment. I felt the pain of every set-back that seemed to hit like tidal waves. Their struggle with infertility is heartbreaking. Their joy in taking their children home is euphoric.

At the same time, Kluck is funny. He does not cope well without his American comforts (read: instant anything), which is a struggle each trip to the Ukraine. He awkwardly responds to the unfamiliarity of the ex-communist culture, making himself out to be the constant punchline. His humor is often frank and sarcastic, to which he repents of later (making you feel guilty for laughing).

Kluck’s repentance is central to his memoir. His sarcasm doesn’t display a joyful heart in all circumstances, but rather discontentment. It takes his wife, Scripture, and a group of impoverished Ukrainian widows to cause him to come to his senses about his sin. Kluck makes clear the foolishness of his attitude, which ignores the constant faithfulness of God throughout the processes of both their adoptions.

While Hello, I Love You is about the stories of two adoptions, in reality, the stories serve to show the trustworthiness of God despite impossible circumstances and the need to find contentment in his providential care. I finished writing this review next to my 2 year old son, who is sitting in a freshly minted body cast, from a broken femur. He needs help doing everything and is completely immobile. Apart from helping my wife care for our son (and our other two children with normal under-the-age-of-5 needs) my productivity level has been handicapped of late. It has been easy to slip into discontentment. Kluck’s story of failure and, then, repentance and faith shepherds us along to respond with trusting hearts to the One who works all things for the good of those who love him.