What happens after I die? This question never goes away. Death is a real intrusion of devastating loss. Some people rarely think about the reality of death until they’re confronted with it in a personal way. Others think about death too much and suffer anxiety. In the worst of cases this anxiety leads to despair. Given these two responses to death, one may conclude it’s most helpful to fall somewhere in between, nurturing a realistic, but not overwhelming or obsessive, concern when it comes to the unpleasant subject of death. Even for believers, the process of death “remains intimidating, even if its ultimate penalty is cancelled” (48).

To make matters worse, most perceptions of death and eternity are based on seemingly harmless fantasy—especially among evangelical Christians. Michael Allen Rogers agrees: “It causes strong concern to realize that of all groups, evangelical Christianity has almost ceased to provide . . . an emphasis on the biblical hope of life beyond death based on Jesus Christ” (22). Rogers, senior pastor at Westminster Presbyterian Church (PCA) in Lancaster, Pennsylvania, provides the evangelical community a much-needed lay level survey of the vast landscape of death and eternity. Moreover, his treatment of these subjects in What Happens After I Die? is biblically balanced and thoughtful.

Rogers’s book is sectioned out in six parts:

In the first section of the book Rogers revisits well-known evangelical doctrines (for example, the universal reign of death in mankind, Christ’s power in destroying death on the cross, Christ’s resurrection and its accomplishments/implications for the Christian life), which is always necessary when undertaking the task of giving biblical, gospel-centered instruction concerning death—which Rogers does with great clarity. His discussion of a believer’s eternal destiny is profoundly comforting and confidence-bolstering, for the “same Spirit who awakens us to believe in Christ remains in residence as God’s down payment and seal of what will one day be fabulously complete” (57).

In the second section of the book, Rogers deals with the heavy subjects of hell and the destiny of unbelief. He begins by biblically dismantling the modern conception that persons are on neutral ground regarding their eternal destination. Rogers not only amply treats the disappearing doctrine of hell, he also focuses on specific points of doctrine related to eternal suffering. The error of annihilationism is how some have chosen to deal with the difficult doctrine of hell in the last few decades—the most notable proponent being the late John Stott. On debated doctrines like the duration of hell, Rogers categorizes the spectrum of views as “Bible truth, mistaken opinion, isolated error, systematic error, and heresy” (96). He writes, “According to that spectrum, I believe John Stott held to either an isolated or systematic error, as do other annihilationists. But there are others whose assaults against God and Scripture in this subject area do approach heresy” (96).

Rogers then uses the rest of the chapter to cogently demonstrate from Scripture why annihilationism cannot be compatible with the biblical text. The final sections of the book are devoted to the believer’s relation to death and eternity with a focus on Christ’s return, cosmic restoration, and the new heavens and new earth. In a particularly beneficial section Rogers addresses the logical question of whether being saved by grace is antithetical to being judged for rewards. While affirming the judgment of Christ as grace imputed to believers, he also asserts that works always accompany faith. “Gospel salvation still is only by God’s grace through faith in Christ and never merited by our works,” Rogers writes. “Yet Christ the Judge infallibly identified his people by the outworking of his salvation in deeds of mercy or obedience” (169). 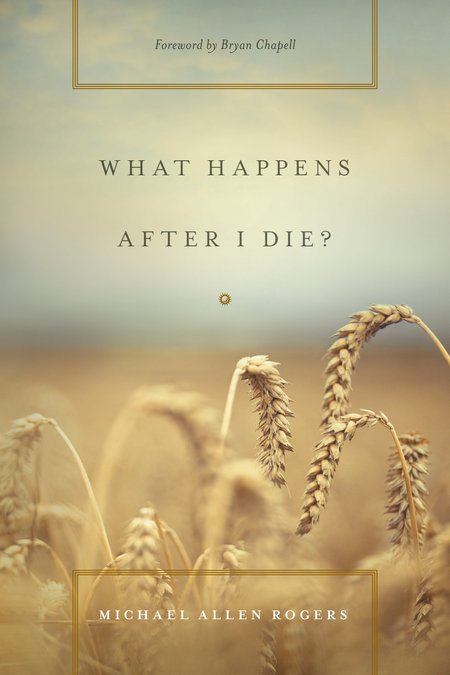 What Happens After I Die?

What Happens After I Die?

Further, Rogers addresses the weighty, personal, sensitive question, “Is my child in heaven?” While maintaining that doctrinal teaching about a dying child’s salvation isn’t as clearly stated in God’s Word as one might hope, Rogers develops an argument for their salvation primarily based on 2 Samuel 12:22-23. To be sure, one of the most pivotal struggles one might have with this stance concerns the doctrine of original sin. “Without letting go of original sin and its ultimate penalty of hell for every child born apart from Christ,” Rogers reasons, “it is possible for God in his infinite mercy to decide that any or all young children who die could be exempted from the default penalty of condemnation before they have the opportunity to produce willful decisions of rebellious unbelief” (242).

Recognizing that readers of What Happens After I Die? will consist of various opinions on many topics, Rogers outlines his thought with humility, honesty, and clarity. He rightly contends that we cannot be dogmatic where God hasn’t given us a clear lead. Moreover, we must be alert to the allure of emotion-driven theology, especially on issues as sensitive as the topics discussed in this book. “Emotion alone is hardly the final arbiter in any matters of doctrine” (98).

Broad in Scope, Pastoral in Voice, Centered on Christ

One of the strengths of this book is the expansive coverage of topics related to death and eternity. In recent history many books have focused on singular aspects of death, hell, heaven, and eschatological subjects, but Rogers treats each of these subjects reasonably and sufficiently.

Every chapter has the force of theological insight wrapped in the warmth of pastoral care. This rare combination earns this volume wide readership. It’s evident Rogers aims to let his exegesis to drive his theological logic. And, without losing the caring tone evident throughout the book, he still talks of death and eternal destinations in a blunt and realistic manner. This volume is apt to become a trusted resource for thoughtful pastors, a comforting word for those experiencing the heartbreaking realities of sin and death, and a theologically profound devotional for the dying.

From the outset, Rogers makes it clear that the transformational gospel of Jesus Christ—his life, death, resurrection, and return—will be the backbone of the book. The good news of the gospel is consistently stated in its pages, and each chapter concludes with a biblically grounded, evangelistic plea for the reader to cling to Christ. Several times I found myself in a posture of responsive worship to God’s grace as I was guided by Rogers’s pastoral pen.

While reading What Happens After I Die? one is often reminded that the security of a believer’s hope is centered on the person and work of Jesus Christ. Not only can a believer face death with confidence, but we’re also able to find comfort and understanding in a Savior who has born our grief, a Father who loves us as precious children, and a Spirit who reminds us that life is Christ and death is gain.

Matt Capps (DMin, Gordon-Conwell Theological Seminary) serves as the senior pastor at Fairview Baptist Church in Apex, North Carolina. He holds an MDiv with biblical languages from Southeastern Baptist Theological Seminary. Matt has authored and contributed to several books. You can follow Matt on Twitter at @mattcapps.