I grew up in a great Christian community in a town called Irmo (“Home of the Okra Strut”) where religious liberty was highly valued but not always fully understood.

I had friends whose families felt that religious liberty primarily meant the freedom to leave Irmo, live off the grid, and protect their kids from “government indoctrination” because nothing good could come from the government. On the other hand, I had friends whose families tended to see religious liberty as the freedom to keep good people in government to protect the rights we enjoy as a “Christian nation.” These folks encouraged my peers to work for senators and lead cheers at political campaigns, long before they were old enough to vote.

Mostly there was a wide swath of us in the middle who agreed that religious liberty was a great idea and saw merits in both sides. Nevertheless, we struggled to articulate how the underlying principles of religious liberty interacted with the gospel to provide a compass for navigating real issues, such as prayer in public schools or speaking respectfully to those with whom we disagree. 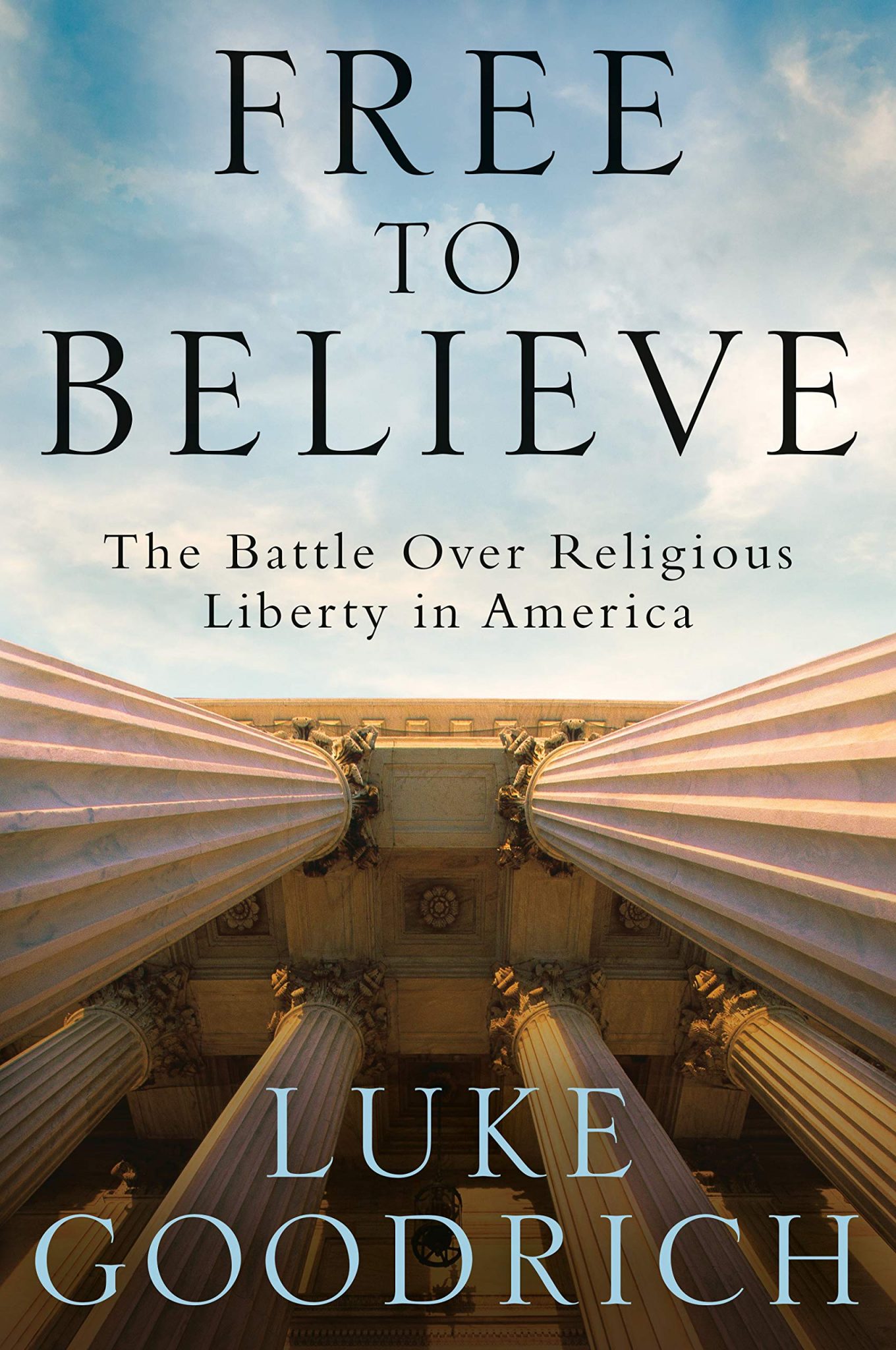 Free to Believe: The Battle over Religious Liberty in America

Free to Believe: The Battle over Religious Liberty in America

According to Luke Goodrich’s new book, Free to Believe: The Battle over Religious Liberty in America, my high-school friends and I were surprisingly typical manifestations of how many evangelicals understand religious freedom in America.

Goodrich—who (full disclaimer!) works with my husband at at the Becket Fund for Religious Liberty, where he has won multiple Supreme Court victories for clients like the Little Sisters of the Poor and Hobby Lobby—begins by explaining that most evangelicals in America can be split into three categories: “Martyrs,” “Pilgrims,” and “Beginners.” Martyrs, for the purposes of the book, say that Christians should expect persecution and even welcome it, so it’s a waste of time and energy to participate with the government at all. Pilgrims, on the other hand, believe that America was founded as a Christian nation and that we should expect Christianity to be taught, maybe even promoted, by the government. Beginners feel like religious liberty is a valuable principle, but they’re not really sure how to apply it or how it affects them personally.

Goodrich explains that there is solid theological and civic reasoning behind our American concept of religious liberty and that it’s worth correctly understanding and defending it. Early chapters of the book outline a basic theology of religious liberty: we’re created in God’s image and designed for a loving relationship with him, so we can’t use state power to coerce our fellow humans into that relationship. As Goodrich also points out, the Bible teaches that some aspects of our lives are subject to the state (Pharaoh, Nebuchadnezzar, or Caesar), but there are God-designed limits on what we can be required to “render unto” Caesar.

This theology is reflected in the Declaration of Independence, which recognized that “we are endowed by our Creator” with certain rights inherent in God’s created order. As part of that order, we establish governments in order to ensure that we can exercise those rights safely in a society. Free exercise of religion is one of those “inalienable rights” that the government does not create, but is created to protect.

From a civic perspective, Goodrich argues that it’s vital that Christians exercise and defend that freedom wisely. The goal shouldn’t be to create an American theocracy, where everyone who disagrees with us is punished by the state, but rather to work to remove barriers between people and the gospel. Because Goodrich is an attorney with the Becket Fund for Religious Liberty, like my husband, he focuses on stories illustrating legal challenges to religious liberty and how the wins and losses have shaped our country.

For example, he explains how a bad Supreme Court decision on peyote-smoking for Native Americans created a precedent that, decades later, left Christian pharmacists no protection from being forced to distribute abortion drugs. Then there’s the story of how a court decision permitting a Muslim prisoner’s halal diet set the stage for a ruling protecting the Christian owners of Hobby Lobby from providing abortion drugs to their employees. Another story tells how a counseling student was expelled just a few credits short of graduation, because she asked to be recused from giving homosexual relationship advice to a client. She ended up winning in court and having her expulsion erased because, as the court explained, “Tolerance is a two-way street.”

If this feels complex, Free to Believe deals directly with the principles behind these cases and with some of the tricky questions my high-school friends and I asked: Does religious liberty require us to agree with heretics? To permit animal sacrifices? To accept practices like abortion or gay marriage or Islamic law, if we disagree with them? (Spoiler alert: there are different answers for each scenario.) And is it even possible for us to all live at peace with each other and to still walk with integrity when our personal beliefs collide? (Another spoiler alert: it’s complicated, but we can if we work at it.)

Free to Believe explains some of the theology behind our concept of religious liberty and takes a deep dive into ways it’s both applied and also threatened in our country. The book offers stories, information, and practical points of action for people to defend their own religious liberties in ways that also respect others.

Most importantly, though, the book grounds its explanations not in tactics, strategy, or self-interest, but in the gospel. “Ultimately, our calling is not to respond to the religious freedom challenges ahead,” Goodrich says. “Our calling is to respond to Jesus.” That’s a worthy goal to keep in front of us as we navigate the details of what it means to walk as Christians in society—in Irmo and across our land.