In the modern church the doctrine of God’s impassibility (that is, his inability to suffer or feel pain) has often been relegated to the esoteric realms of theological discourse. However, when you consider the breadth of Scripture and the number of times God’s emotional responses can be observed, it becomes necessary to make sense of a God who is both transcendent and yet responsive to his people. As such, Rob Lister’s God Is Impassible and Impassioned: Toward a Theology of Divine Emotion is an outstanding primer on this topic, educating the reader on divine impassibility from historical, biblical, and theological vantage points.

Lister, associate professor of biblical and theological studies at Talbot School of Theology, seeks to address the apparent theological impasse between God’s unchanging nature and the temporal emotional responses he experiences in the Scriptures. Touching on theology proper, Lister argues that, when appropriately understood, “a holistic reading of Scripture itself compels the conclusion that proper senses of both impassibility and impassionedness are true of God” (36). Lister thus contends God is impassible in that he’s never emotionally manipulated, overwhelmed, or surprised into a response he doesn’t desire to have. However, this doesn’t mean God lacks emotion altogether. God is also impassioned and affected by his creatures—but always in ways that accord with his will to be so affected in the economy of redemption. This veracity of Lister’s thesis is carefully demonstrated throughout the book.

In seeking to delineate this dual theme of God’s being both impassible and full of affection, Lister walks a fine theological line with eminent grace. Following an introductory chapter to clarify terminology, he devotes chapters two to six to various historical considerations related to the doctrine, beginning with the patristic era and working through modern theology. Chapters two and three are particularly crucial to Lister’s argument as he seeks to overthrow the “Hellenization hypothesis,” a modern theological notion that argues the church fathers allowed Hellenistic philosophy to influence and override their interpretation of Scripture. Lister successfully rebuffs this idea by demonstrating from primary sources that, in the main, the fathers espoused a two-pronged approach that insisted God is both impassible and passionately involved with his creation. Chapters four to six work through the Reformation and into the modern era, where we observe a shift as many theologians began to espouse a passible God. 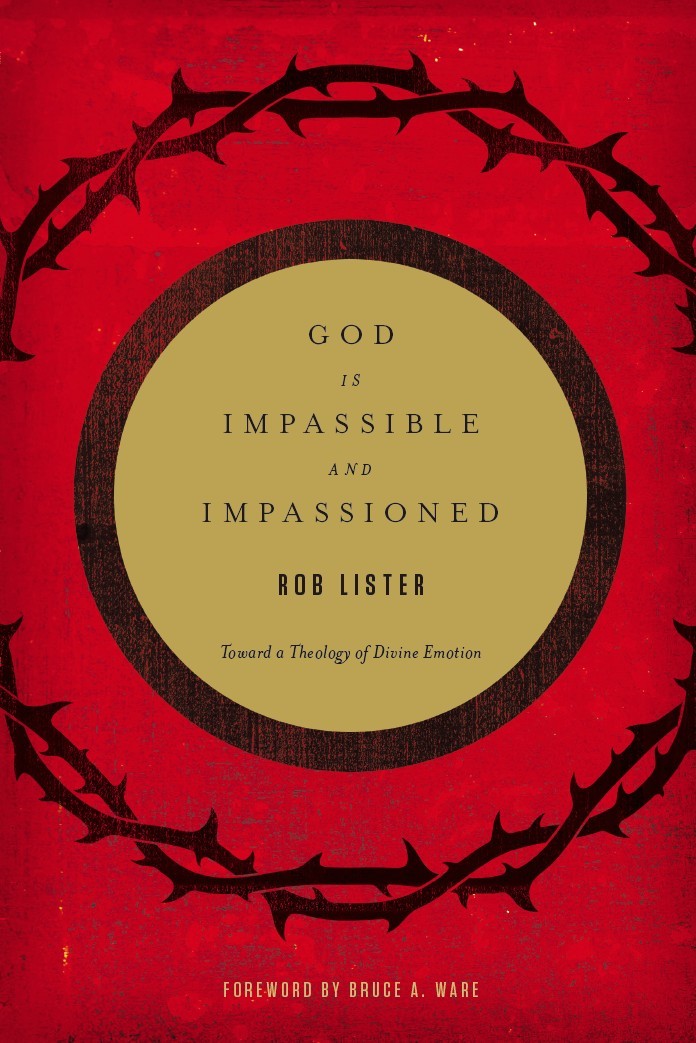 The remaining chapters focus on Lister’s prescriptive model for God being both impassible and impassioned. He begins in chapter seven by outlining his hermeneutical methodology, examining an analogical interpretation of the relevant texts regarding God’s immanence and transcendence. Chapters eight and nine focus on the interpretation of representative texts, demonstrating the coherence of his thesis and articulating a more lengthy theological formulation of the doctrine. Finally, in chapter ten, Lister demonstrates how his understanding of impassibility comports with the incarnation, particularly in the suffering of Christ.

The cogency and thoroughness of God Is Impassible and Impassioned are commendable, but I will limit my comments to several key contributions. First, Lister’s treatment of the church fathers and their contribution to the doctrine of impassibility is incredibly helpful. In a day when theologians largely espouse passibility, Lister lucidly dismantles the notion that the fathers subjected their exegesis to Hellenistic philosophy. He takes time to work systematically through the primary sources of many church fathers, and offers a compelling case for their conception of God as being both impassible and impassioned. (It should also be noted Lister refrains from overstating his case, highlighting church fathers who don’t concur with his thesis and admitting Luther didn’t say as much about the concept as some suggest [95-100, 112-115].) At one point he writes, “It may be that at least some of the conservative evangelicals who fancy themselves as rejecting impassibility may find that they are really only rejecting what modern passibilists say impassibility means, and not what the primary original proponents of the concept actually meant” (168).

Lister, therefore, has offered a helpful history of divine impassibility that could (and should) change the landscape regarding this doctrine.

Lister also helpfully argues for “analogical God-language” (187) in a manner that allows us to properly understand the emotional language attributed to God in Scripture. This perspective in turn gives rise to Lister’s assessment of relevant passages. He offers a variety of texts (a bit more contextual analysis would have been helpful here) dealing with both divine invulnerability and divine emotion, always demonstrating textually a “transcendence/immanence balance that points in the direction of a dual affirmation of divine impassibility and divine passion” (215). The Lord is transcendent and immutable, and, in the economy of redemption, demonstrates covenant fidelity such that he responds to his people, not in a surprised manner, but always in line with his sovereignty, character, and covenant.

Lister’s final chapter on impassibility in relation to the incarnation is particularly instructive. He writes, “The second person of the Trinity had to become incarnate in order to overcome natural divine impassibility (i.e., the impassibility of the divine nature) and thereby accomplish the redemptively necessary goal of humanly experiencing suffering and death on behalf of sinners” (261). Lister masterfully works through the exegetical details of various texts and teases out their theological implications. Through a cumulative exegetical case and the inclusion of theological ideas (e.g., communicatio idiomatum and the extra Calvinisticum), Lister contends for a “Spirit-regulated, asymmetrically accessing, two-minds model,” showing that the Son tasted death the only way he could—humanly—but that the Logos did not go out of existence (274-78).

God Is Impassible and Impassioned deserves a wide reading. As a published dissertation the language can be technical at times, limiting readership to some degree. Regardless, pastors, seminary students, and Christian scholars should engage this work for its significant contribution to a difficult yet crucial doctrine concerning the character of God.

Jeremy Kimble (PhD, Southeastern Baptist Theological Seminary) teaches online for several schools and serves as director of the Youth Ministry Institute, a unique training ground for vocational ministry in Lima, Ohio. You can follow him on Twitter.