So when I decided to read Mark Sayers’s new book, Disappearing Church: From Cultural Relevance to Gospel Resilience, it was solely on the strength of his previous work. Sayers—senior leader of Red Church in Melbourne, Australia—has a grasp of modern culture so keen, incisive, and distilled that many of the other “church” books look anemic by comparison.

What sets Disappearing Church apart is its central premise. Whereas many missional books have focused on how Christendom, having collapsed, has once again opened up the West for mission, Sayers says “not so fast.” This new cultural iteration is a different beast. And this difference will have a dramatic effect on mission:

In the aftermath of Christendom we were bracing for the hellish horror of Biff Tannen’s Back to the Future Hill Valley, but it has stubbornly refused to materialize. In its place is a new Gnosticism, a beautifully architected landscape of individuals committed to self-development. Utilizing the work of sociologist Philip Rieff—who suggested that pre-Christian taboo culture is “first culture,” Judeo-Christian creedal culture is “second culture,” and post-Christian Western culture is “third culture”—Sayers demonstrates that what has worked in the past just won’t work today.

Just as importantly, what still works in pre-Christian taboo cultures (think many Asian and African contexts) no longer transfers to the West. A mission field in Perth, Australia, is not like a mission field in Lima, Peru. This post-Christian third culture isn’t curious; it’s settled in its opposition to Christianity. And where it has commonality, it’s all negative; this third culture determines—with evangelistic zeal—to be the defining narrative. 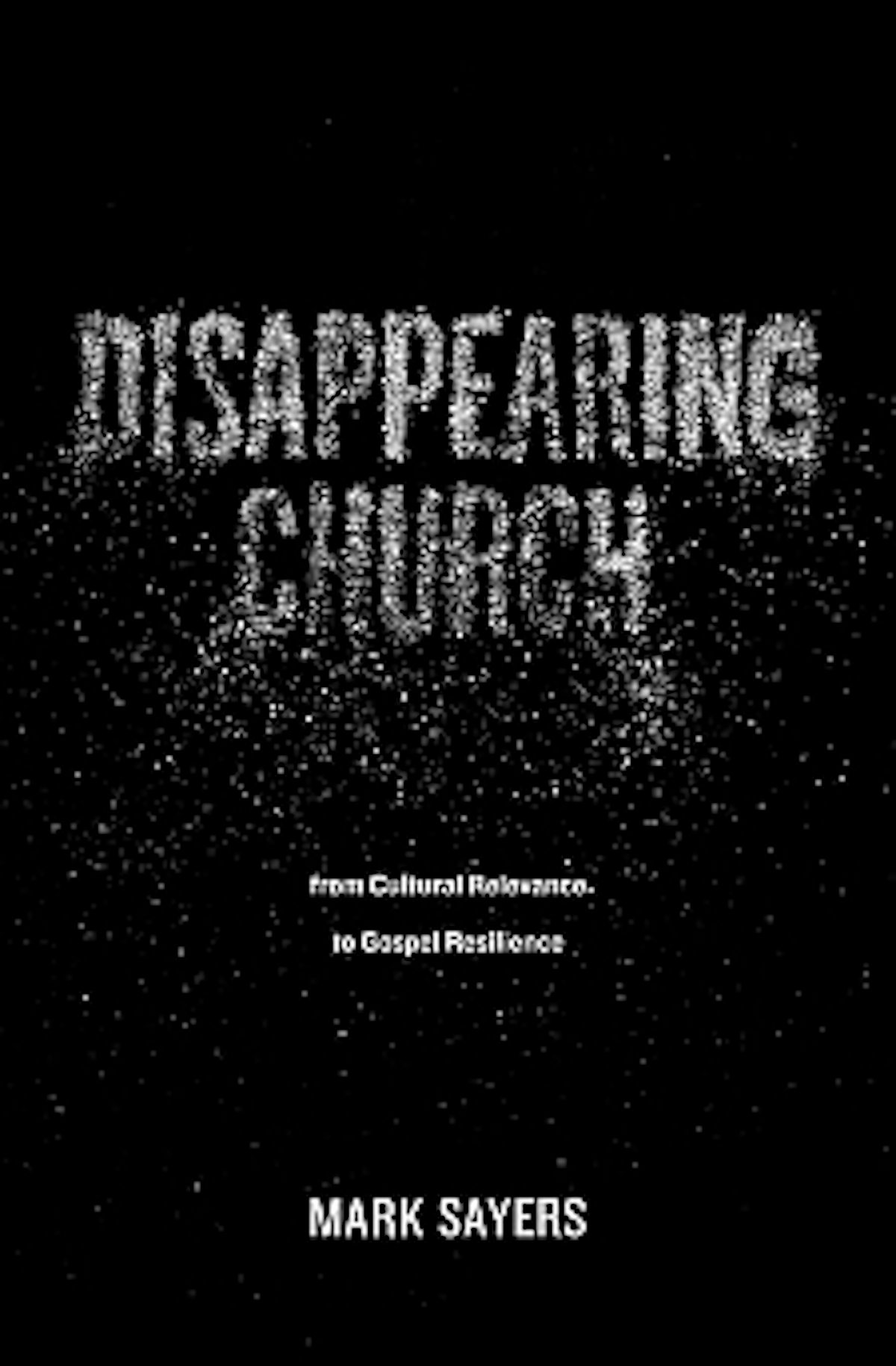 And it’s gaining traction due to its clear plausibility. Sayers observes:

Despite the West’s obsession with sexual freedom and instant gratification, the third culture has not deteriorated into an orgiastic free-for-all that leads to society-wide collapse.

Where’s a good society-wide collapse when you need one, especially when you’ve spent all your money on bandages and sandbags?

What does this beautiful apocalypse look like? More disturbing than The Walking Dead or The Road, that’s what:

So think Mad Men without the smoking indoors. It’s devastating.

Sayers’s critique of the post-Christian culture is incisive but not scornful. Part One is a brief overview of a “post-evangelical” church trying to fit in but eating itself alive theologically and ethically in the process.

In a culture in which the 2004 European Union Constitution can, without irony, attribute Western hegemony to ancient Greece, Rome, and the Enlightenment without as much throwing a bone to 1,500 years of Christianity, Sayers says something new has sprung up:

A unique kind of culture . . . one that promotes elements of the universal Christian vision . . . while deconstructing the Christian tradition and any convention that attempts to limit individual freedom and autonomy.

Part Two shows Sayers’s pastoral heart. Using the unlikely pairing of Calvin and Ignatius, he says the best strategy to counter this third culture is through the process of withdrawal and return. We create distance from the culture long enough to review, reassess, and re-establish before returning to re-engage. In other words, Sayers champions the oft-misunderstood but important Benedict Option.

Chapters seven and eight alone are worth the price of Disappearing Church. Sayers contrasts “pitch” (the process by which organizations motivate with the promise of gratification and reward for personal benefit) with “code” (in which motivation has a higher and communal duty that denies self for a higher cause). It’s a call for the church to “go deep into code” rather than “wide into pitch.” On the strength of these chapters, Sayers won’t be on Joel Osteen’s virtual Christmas card list this year.

Ultimately, Sayers’s confidence is in King Jesus. For all its sociology and cultural insights, Disappearing Church is a Christocentric book. The Jesus who was killed outside the city is the Jesus we follow. We don’t expect we’ll get to be cultural winners, only that we’ll endure suffering now and enjoy glory later.

In the midst of a culture turning hard against us, this paradigm leads Sayers to declare:

What if our attempts at relevance, at mimicking and outdoing the beautiful world, actually limit our ministry potential? What if our increasing strangeness to Western culture is actually to our advantage? What if the fact that you can no longer be warmly embraced in the contemporary cultural fold if you are an orthodox Christian is actually the best thing that has happened to us?

What if indeed? The church may seem to “disappear,” or fall off the cultural radar, but our confidence is in the One who will return to renew all things and bring them under his endless rule.

Steve McAlpine is a pastor of Providence Church in Western Australia, is married to Jill, and together they have two children, Sophie and Declan. Steve grew up in Northern Ireland, but apart from rolling his “r’s” and talking too fast, is a West Aussie through and through. He has degrees in journalism and theology and enjoys combining the two through writing and blogging, especially on matters of church planting and cultural negotiation for Christians in the increasingly complex West. You can follow him on Twitter.