Apologetics is the church’s longstanding attempt to provide an answer for the faith; however, as the questions posed by our Western culture rapidly change, so too must our approach. For instance, few contemporary objections to Christianity could rightly be categorized as purely rational. People no longer merely doubt the historical plausibility of Jesus’s resurrection; they can’t see why the resurrection should matter in the first place. And they certainly don’t see how such news might be good. 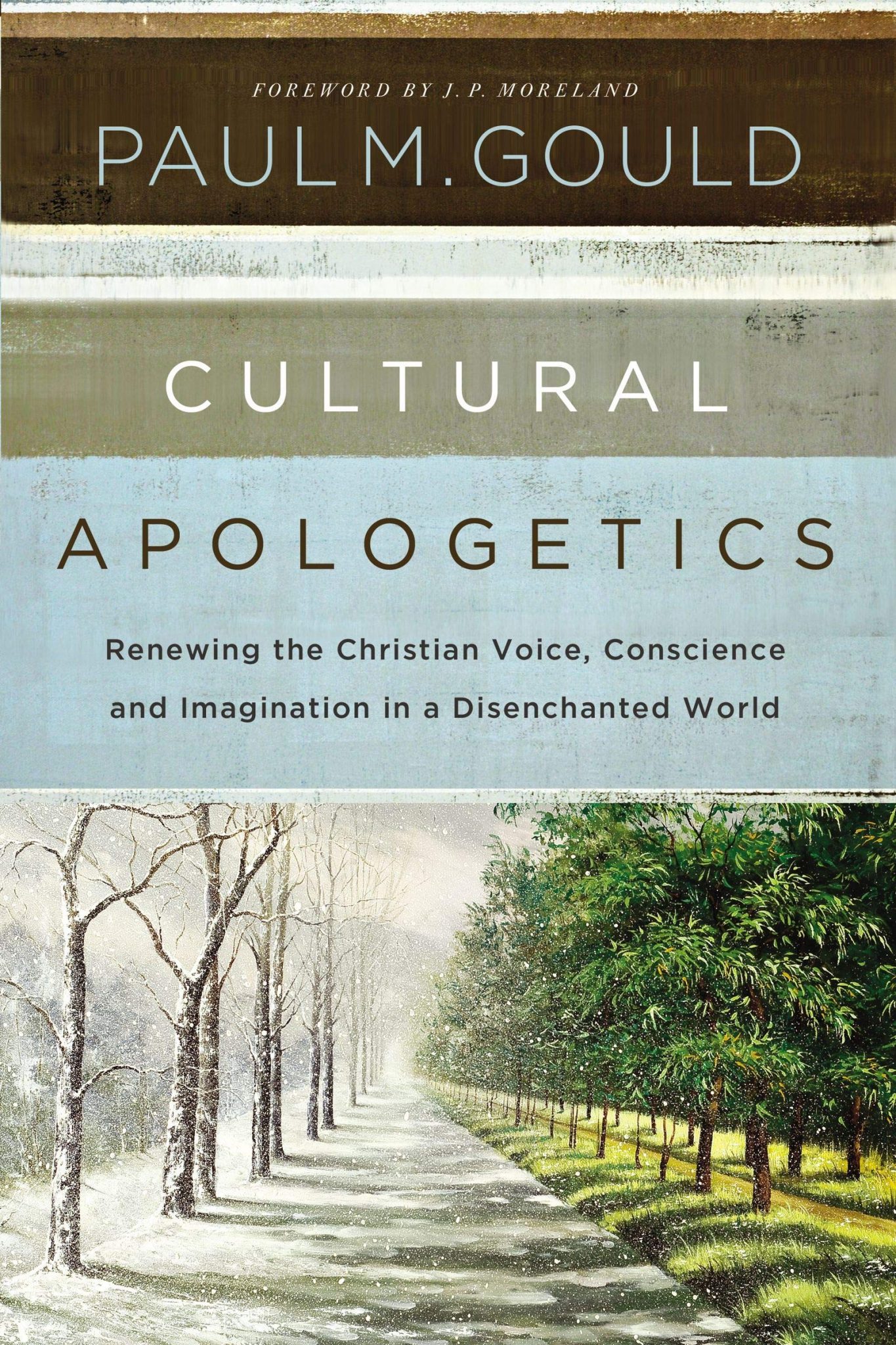 Cultural Apologetics, sets forth a model of cultural engagement, rooted in Paul’s speech on Mars Hill, which details practical steps for re-establishing the Christian voice, conscience, and imagination. The result is that Christianity will be seen as both plausible and also desirable by those within modern Western culture, preparing the way, with the help of the Holy Spirit, for a genuine missionary encounter between the gospel and the contemporary world.

In response, a new crop of Christian apologists are seeking to equip the church within the discipline, providing an approach that extends beyond the issue of reasonableness. One of those voices is Paul Gould, teacher of philosophy and apologetics at Oklahoma Baptist University. He has written a helpful resource titled Cultural Apologetics: Renewing the Christian Voice, Conscience, and Imagination in a Disenchanted World.

In this significant project Gould attempts to address diverse cultural questions with answers that are both deep and wide. In doing so, he draws on many voices from contemporary scholarship, including James K. A. Smith, Hans Boersma, and Peter Kreeft. But Gould’s presentation is also steeped in the ancient church, drawing from Augustine to Aquinas all the way up to the most influential thinker for Gould’s thesis, C. S. Lewis.

In fact, if there is a singular theme behind Gould’s approach in Cultural Apologetics, it would likely be Lewis’s reflections in “Talking about Bicycles.” There Lewis muses that the common human experience is one of Unenchantment, Enchantment, Disenchantment, and—ideally—Re-enchantment. Gould’s goal in writing his book is for believers (and subsequently unbelievers) to experience this re-enchantment as the key to effective cultural apologetics. For Gould, such enchantment—receiving the mundane as a glorious gift and responding in worship—can fuel and inform, in the vision of Lesslie Newbigin, a true “missionary encounter” within our disenchanted Western culture.

Gould’s endeavor could be called “holistic.” He seeks to re-establish the Christian voice, conscience, and imagination. He’s clearly concerned with how the world perceives our message, but he’s also concerned with how the world perceives us. This, then, sets the tone for his book. While the approach he envisions is one of graciously answering objections and presenting sound arguments, it’s also an embodied apologetic. In this way Gould expands our categories of apologetics beyond the propositional and incorporates the necessity of a lived-out and enculturated faith. We must herald and embody the gospel.

We must herald and embody the gospel.

Further, Gould’s method isn’t simply concerned with truth and evidence. He also addresses desirability. In other words, cultural apologetics as a system seeks to demonstrate the truthfulness of Christianity in how the world is as well as how it ought to be. Our mission, as he understands it, is to present our faith as reasonable and desirable.

One of the recurring themes of Gould’s proposal is that such an apologetic strategy should focus on culture both upstream and downstream. Christians, he believes, are called to engage downstream, where culture is largely consumed and lived out, but also at the fountainhead of culture, in the centers of thinking and creativity. In other words, the church should encourage and support Christian investment in the academy, the arts, and politics. Gould designates this comprehensive approach as both global and local.

As mentioned, Gould’s work fits within a framework of a new Christian apologetic, a movement that some designate as more holistic (see Holly Ordway’s recent Apologetics and the Christian Imagination for another example). Proponents have spurned the purely rationalist approach that arose following the Enlightenment. They’re also not so concerned with classic distinctions (and debates) among apologetic methodologies—think evidentialists versus presuppositionalists. Gould, instead, asserts that his method is compatible with any number of systems—general enough to be incorporated within various approaches to epistemology. If anything, he sees cultural apologetics as being integrated and ancient.

While Gould’s take may not fit a “traditional” approach, this doesn’t mean he abandons argumentation. Quite the contrary. The bulk of the book makes an argument (for theism generally and trinitarian Christianity specifically) from desire, from reason, and from morality. Many of these are truly insightful, presented beautifully through stories of his experience and informed by a discussion with scholars of yesterday and today. I agreed with so much of what Gould had to say in those chapters that it’s difficult to challenge his argumentation. However, I do have a few lingering questions about some premises that shape the book.

First, there is a growing list of voices who are skeptical about whether the West really is that disenchanted. Certainly, there is validity in the observation that the secular West has been desensitized to the spiritual through rationalism and naturalism. Rampant materialism continues to rule. But evidence suggests a cultural resurgence of paganism—something I became personally aware of last year in my own Minneapolis neighborhood. This means that mere enchantment, as Gould himself acknowledges, isn’t enough. There can be false enchantments—and I suspect they’re already at work among us (in diverse cultural phenomena such as Lore or Thor).

Believers do indeed need to be re-enchanted and culturally re-engaged: not a church retreating, but a church gathered and sent in pursuit of missionary encounters.

Second, and perhaps more significantly for me, I’d question if there is biblical warrant for the pursuit of a top-down cultural influence for the church. While I wouldn’t necessarily espouse Rod Dreher’s Benedict Option of comprehensive cultural withdrawal, I don’t think the only remaining alternative is the one proposed here. Most concerning to me is Gould’s repeated emphasis that the church must engage and transform upstream culture in order to render the gospel more believable and desirable. I don’t find that argument convincing, nor do I find it in the apostolic witness. Instead, I think the New Testament emphasizes that we’re called to proclaim and embody the gospel with the expectation that our social experience will typically be that of exiles. While we should always seek to adorn the gospel with our lives, the Bible nonetheless maintains that the word of the cross will be foolish—not desirable—to those who are perishing (Titus 2:10; 1 Cor. 1:18).

Those concerns aside, I do believe Gould’s book has much potential to positively shape the way we provide answers for our faith as we’re faithfully present in every sphere of life. Like many other methods of apologetics, I found his arguments to be as needful and beneficial for believers as for unbelievers. Plausibility and desirability begin with the local church. Believers do indeed need to be re-enchanted and culturally re-engaged: not a church retreating, but a church gathered and sent in pursuit of missionary encounters.