As someone who’s been doing research on the Trinity almost exclusively for a year, I was refreshed when I saw Covenant, Community, and the Spirit: A Trinitarian Theology of Church released. First, there’s a dearth of work on the Trinity that pointedly ties in ecclesiology. Many books dabble, perhaps in a concluding paragraph of a chapter on the Holy Spirit, but make no real attempt.

Second, Robert Sherman is a formidable Trinitarian scholar. His King, Priest, and Prophet, a Trinitarian theology of the atonement with special focus on the role of the Son, is a helpful addition to the field. The immediate potential, then, for Covenant, Community, and the Spirit was rather high. And it mostly held up under the weight of expectation.

In his introduction, Sherman makes clear he’s hopeful about the future of the church, even with so many people proclaiming the coming of a post-Christian age. Sherman—former professor of theology at Bangor Theological Seminary in Bangor, Maine—isn’t so worried about denominational decline as he is ecclesial decline. As he puts it, “Christianity can survive a postdenominational age, but it cannot survive a postecclesial age” (xvi). That’s where this book comes in. Sherman wants “to help faithful Christians recognize and reclaim [the need for ekklesia]” (xvi).

In each chapter, Sherman discusses the Spirit’s work in upbuilding, empowering, and sending Christ’s body. The first few chapters outline the church’s part within the biblical narrative, and the rest of the book discusses the church’s nature, purpose, and mission.

Regardless of a few concerns over his overall method (see below), Sherman’s tone and aim are right on point. 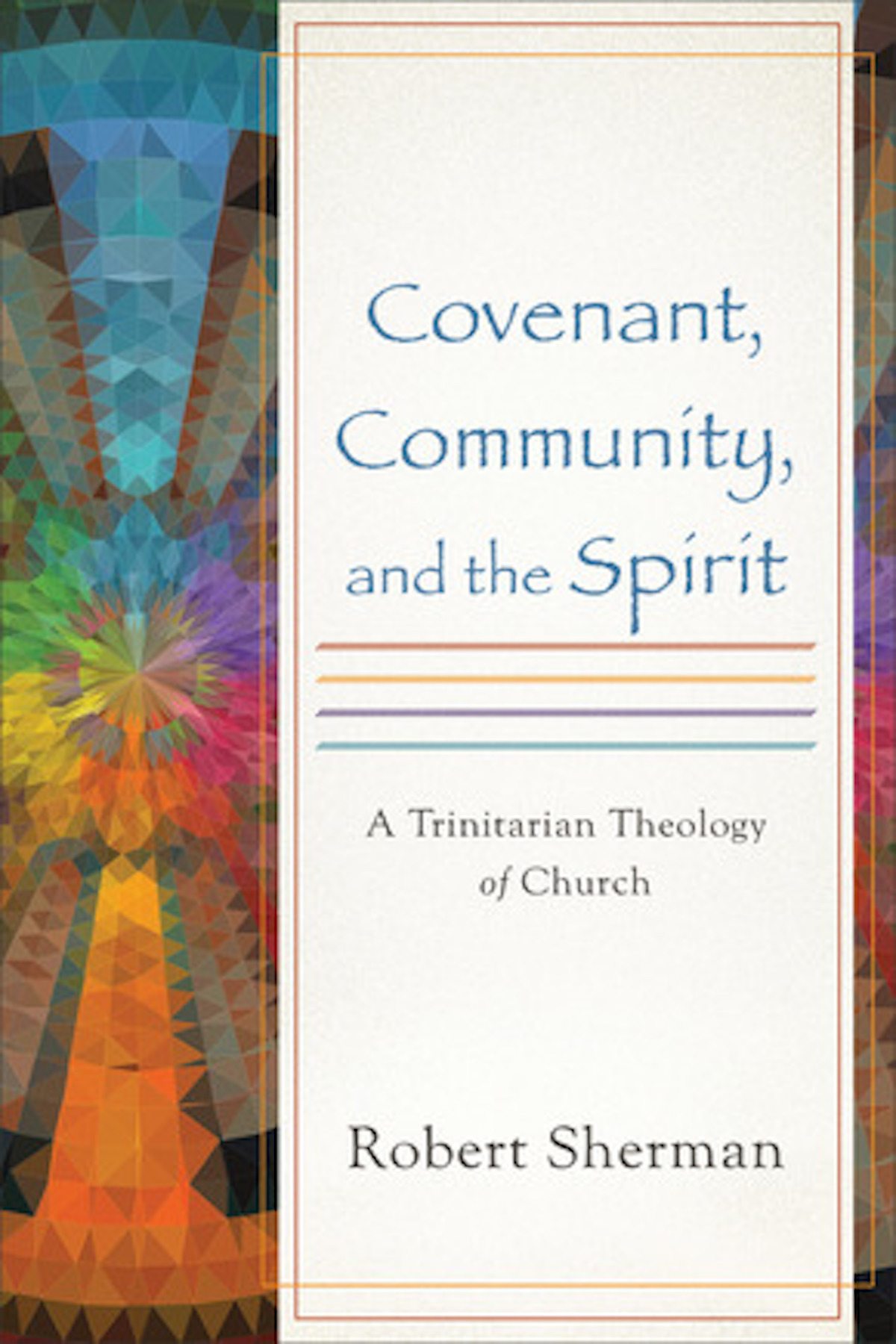 Covenant, Community, and the Spirit: A Trinitarian Theology of Church

Covenant, Community, and the Spirit: A Trinitarian Theology of Church

My biggest takeaway and the highest compliment I can give this book is that it’s written for all Christians, not just five people in a theology conference session. Sherman writes as if he’s a pastor, pleading with his congregation to wake up and fall in love with being a member of the church. This pastoral tone is helpful. When Christians understand their role in God’s mission and realize they have all they need in the Spirit to press onward, every member of Christ’s body will work in one accord. The gates of hell won’t know what hit them.

Second, this book isn’t written for any particular denomination. This goes back to Sherman’s original point—he’s trying to reclaim the biblical role of the church, not worry about denominational boundaries that may not last forever. So there are no diatribes about how to view the Lord’s Supper or whether babies should be spinkled. No, Sherman is thinking bigger. He’s thinking about every Christian of every stripe joining hands in God’s mission to reconcile all things to himself. The church gathered together, not individuals hiding in their prayer closets, is the outpost for God’s work in the world.

Third, Sherman’s work is deeply scriptural. Its pages drip with God’s Word. He seems to be making a point that what he’s saying isn’t just speculative theology—it’s biblical, in the purest sense of the word. Though the Holy Spirit is largely ignored in some corners of Christianity, Sherman repeatedly spotlights the way in which Scripture places the Spirit at the forefront of Christian mission.

And finally, Sherman doesn’t skirt around the reality that doctrine still matters for the church. Gone (for now) are the days of drafting creeds and forming councils to determine orthodoxy, but that doesn’t mean Christians should now ignore what they believe. Sherman winsomely and effectively shows how the Spirit works through right belief, “helping the body more fully know and live its faith” (114).

While Covenant, Community, and the Spirit is written for the everyday Christian, it’ll feel academic for some. Though admittedly published by an academic press, it’s only a few steps from being a more accessible read. It’ll be a shame for such a needed book to be put on a shelf higher than many of the those who need it can reach. Though believers should be challenged to read beyond their scope, one may need more than cursory knowledge of theology and church history to follow many of the main arguments. Thoughtful Christians and pastors, though, are positioned to benefit from this book.

Also, while the Father and the Son make plenty of strong cameos throughout the book, the interdependency of the three persons is undersold at times. This is a frequent problem with books on the Trinity. Sherman’s incorporations of the other persons often read more like token points than a deliberate undercurrent. Pages might go by without a mention, and then an occasional sentence will pop up referencing the Father and Son.

Sherman may disagree, but the way the persons interact together in the drama of redemption can’t be emphasized enough. It’s one thing to talk often of the Father and Son, but it’s another to intentionally tie them together. It seems Sherman could’ve made the Spirit the star of the show without downplaying the roles of his co-stars. Covenant, Community, and the Spirit ends up being more of a pneumatology than a full-blown Trinitarian theology of church. The title makes this clear, but the subtitle makes it fuzzy.

Sherman concludes with an exhortation for Christians to continue yearning for love, beauty, purpose, and meaning. This is natural, he says, “because we were created for something beyond ourselves. . . . We were created to be in communion with God” (212). Indeed, every Christian knows that occasional (or not-so-occasional) empty feeling, as though we’re wasting our lives on a hamster wheel.

If you’re willing to sit down, take a pen and paper, and chew slowly on Sherman’s work, you’ll be reminded that you don’t have to settle for an average Christian life. The Holy Spirit—God living inside you—has more for you. “By his Spirit, he calls us home” (223).

Brandon D. Smith is assistant professor of theology and New Testament at Cedarville University, editorial director for the Center for Baptist Renewal, and host of the Church Grammar podcast. He is author of They Spoke of Me: How Jesus Unlocks the Old Testament. You can follow him on Twitter @brandon_d_smith.

5 Is Being Gay Genetic?