Corinth in Context: Comparative Studies on Religion and Society, an attractive volume and worthy addition to the distinguished Supplements to Novum Testamentum series consists of thirteen papers originally presented at a 2007 conference held at the University of Texas at Austin. The volume is interdisciplinary, exploring a variety of topics relating to early Christianity, religious studies, ancient history, and archaeology, and the contributors are recognized experts within their fields and on ancient Corinth. The book’s strongest essays are those largely unconcerned with illuminating specific NT texts, and they are summarized only briefly here.

Benjamin Millis studies the original colonists of Roman Corinth, arguing (with Antony Spawforth) that the colony’s original settlers consisted largely of freedmen, though Millis proposes on linguistic grounds that many of these settlers originated from the eastern provinces. Bronwen Wickkiser provides a survey of recent work on the cult of Asklepios, demonstrating its significance in Corinth during both the Greek and Roman periods. Margaret Laird focuses on the statue base erected by the Augustales in the Corinthian agora, offering a new analysis of the monument, its inscription, and civic significance. Christine Thomas compares Corinth and Ephesus, showing the similar and dissimilar ways the two cities sought to maintain their Greek identities in the Roman era.

Mary Walbank analyzes the Corinthian numismatic evidence, explaining the process of coin production in Corinth and how coins serve as valuable primary sources for the study of Corinth’s public cults. Jorunn Økland examines the sanctuary of Demeter and Kore, arguing that the deities were characterized differently in Corinth than in other urban contexts and still differently by those in various social strata. Michael Walbank utilizes a sample of several hundred Christian epitaphs (many previously unpublished) to examine the demographics of late Roman and early Byzantine Corinth, concluding that a number of believers during these periods were quite prosperous. Daniel Schowalter treats the location of the Pauline church meetings, surveying and assessing the ways NT scholars have previously studied architectural and archaeological remains to illumine the practices and beliefs of the earliest Corinthian believers. Guy Sanders studies the local and regional significance of the Sacred Spring at Corinth, while Joseph Rife surveys religion and society at the neighboring port city of Kenchreai, and Timothy Gregory does the same for Isthmia and the eastern Corinthia. 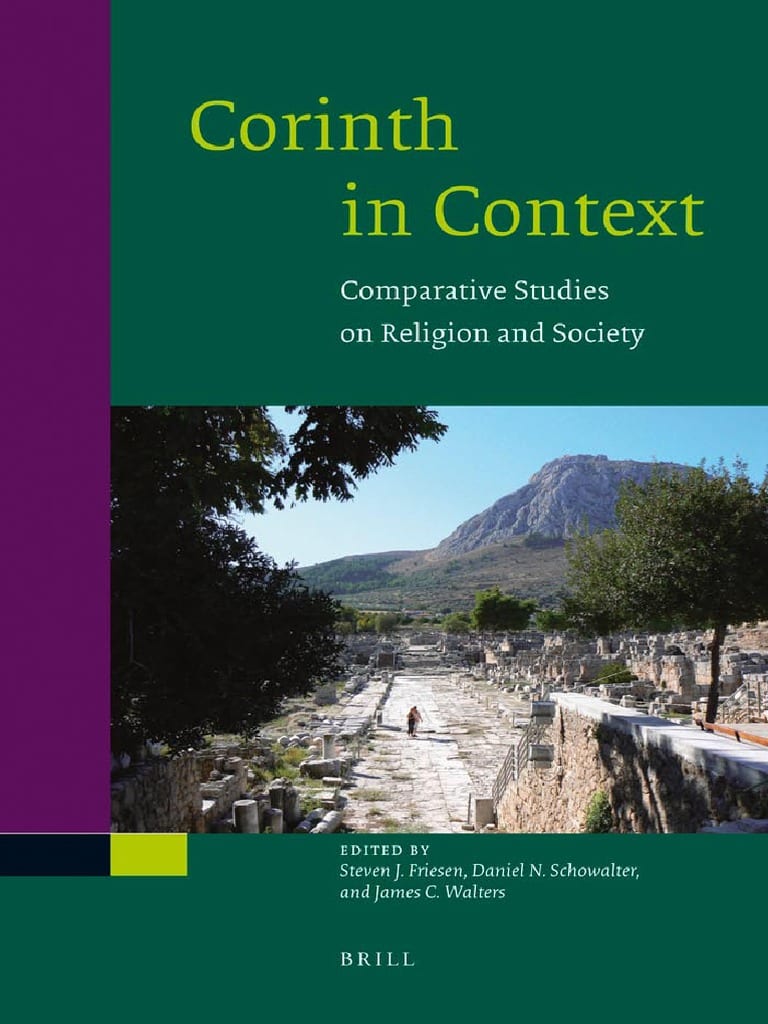 This volume is the product of an interdisciplinary conference held at the University of Texas at Austin. Specialists in the study of inscriptions, architecture, sculpture, coins, tombs, pottery, and texts collaborate to produce new portraits of religion and society in the ancient city of Corinth.

The two essays concentrating on NT exegesis, on the other hand, were generally found to be less persuasive and therefore require closer interaction. First, Steven Friesen controversially contends that Erastus, the Corinthian oikonomos (“administrator”) and acquaintance of Paul (Rom. 16:23), was probably an unbelieving public slave who did not belong to the economic elite. Friesen initially seeks to prove that Erastus the first-century oikonomos should be differentiated from Erastus the infamous magistrate attested on a Corinthian inscription (IKorinthKent 232). Friesen reveals the circular reasoning employed by the original editors of the Erastus inscription, who dated the text to the first century and thus concluded that this magistrate was to be identified with Erastus the oikonomos. But when Friesen then attempts to re-date the inscription to the second century, he fails to offer any compelling data to support his case, citing as evidence mainly personal communication with archaeologist Charles Williams, who has yet to publish his own conclusions on the matter. Though Friesen’s theory about the inscription’s second-century origin may be valid, the evidence he supplies here is inadequate.

Next, Friesen seeks to demonstrate the non-elite status of Paul’s Erastus by assembling several inscriptions featuring municipal oikonomoi, who were probably public slaves. However valid these parallels may be, Friesen overlooks the evidence showing other oikonomoi to be high ranking magistrates; this interpretive issue is simply more complicated than Friesen acknowledges. Finally, Friesen argues that Erastus was an unbeliever since Paul did not give him a Christian attribution, which Friesen insists is afforded for every other Christian in Romans 16. But this is simply not the case. In Romans neither sungenōn kata sarka (“kinsmen,” Rom. 9:7, 11, 21; cf. 9:3) nor mētēr (“mother,” 9:13) signifies Christian faith, as Friesen assumes. Presupposing Erastus’ faith, then, is perhaps less objectionable than Friesen suggests (see further my forthcoming article in New Testament Studies).

Second, James Walters investigates 1 Corinthians 11:17–34, attempting to show that Paul was responding specifically to high-status believers who by hosting lavish banquets were utilizing community meals to compete with the apostle and one another in the pursuit of power and prestige. Walters successfully shows that banquets were indeed used (illegally) as opportunities to rally support in local politics (cf. Cicero; Lex Coloniae Genetivae), but he fails to demonstrate convincingly that lurking behind 1 Corinthians 11:17–34 existed a competition between Paul and his “rivals.” Though Paul implies in 1 Corinthians that some had dismissed his authority and primacy, the supposition that Paul at that time had opponents in the church, especially among the community’s leaders, is doubtful. Beyond that, 1 Corinthains 11:17–34 indicates nothing about rivalries between banquet hosts and other Christian leaders, as Walters assumes (358).

Despite these disagreements, there are many fascinating and important insights here that will interest specialists in Corinth’s social and religious context. Ideological biases occasionally surface that will frustrate conservative readers (esp. Friesen and Schowalter on the historical reliability of the NT; pp. 245n41, 330, 335). Nevertheless, these essays along with their many accompanying maps, tables, figures, and photographs make this volume a worthy addition to any theological library. Though the hardback edition is quite cost prohibitive, the subsequently issued paperback is somewhat more affordable (£40.00/$73.00).

John Goodrich is assistant professor of Bible at Moody Bible Institute. His research interests include the social world of the New Testament, Pauline theology, Luke/Acts and church leadership.In his free time he enjoys reading, watching UCLA football, walking with his wife (Christin) and playing with his son (Justin).