Conflict, Conquest, and Conversion: Two Thousand Years of Christian Missions in the Middle East is the most recent installment of books either co-authored or co-edited by Eleanor Tejirian and Reeva Simon and published by Columbia University. (Prior works include Altruism and Imperialism: Western Religious and Cultural Missions in the Middle East [2002] and The Creation of Iraq, 1914-1921 [2004].) Tejirian and Simon are both scholars associated with Columbia University’s Middle East Institute, which has a long history of supporting research on the languages, cultures, and peoples of the Middle East as well as educating U.S. policymakers about the region. Building on their earlier work in Altruism and Imperialism, this book aims to tell the story of Christian missions in the Middle East from the period of the New Testament to the beginning of the 21st century.

Chapter one covers the first 1,000 years of Christian history in the Middle East. The authors highlight several aspects of Christian history in the region that are either unknown or neglected by Western Christians. They discuss the achievements of Eastern Christians, like the Jacobites, Copts, and Nestorians, and how the last group worked to extend the faith as far as China. They also briefly touch on the role these Christians played in translating Greek philosophy and learning into Arabic. Westerners and Muslims alike are generally unaware of the contributions Christians made to what is commonly referred to as “Islamic civilization.”

Chapter two marks a major shift in the book from a focus on Christian communities in general to Western Christian activity in the region in particular. Latin Christianity is examined, including factors that led to the Crusades. 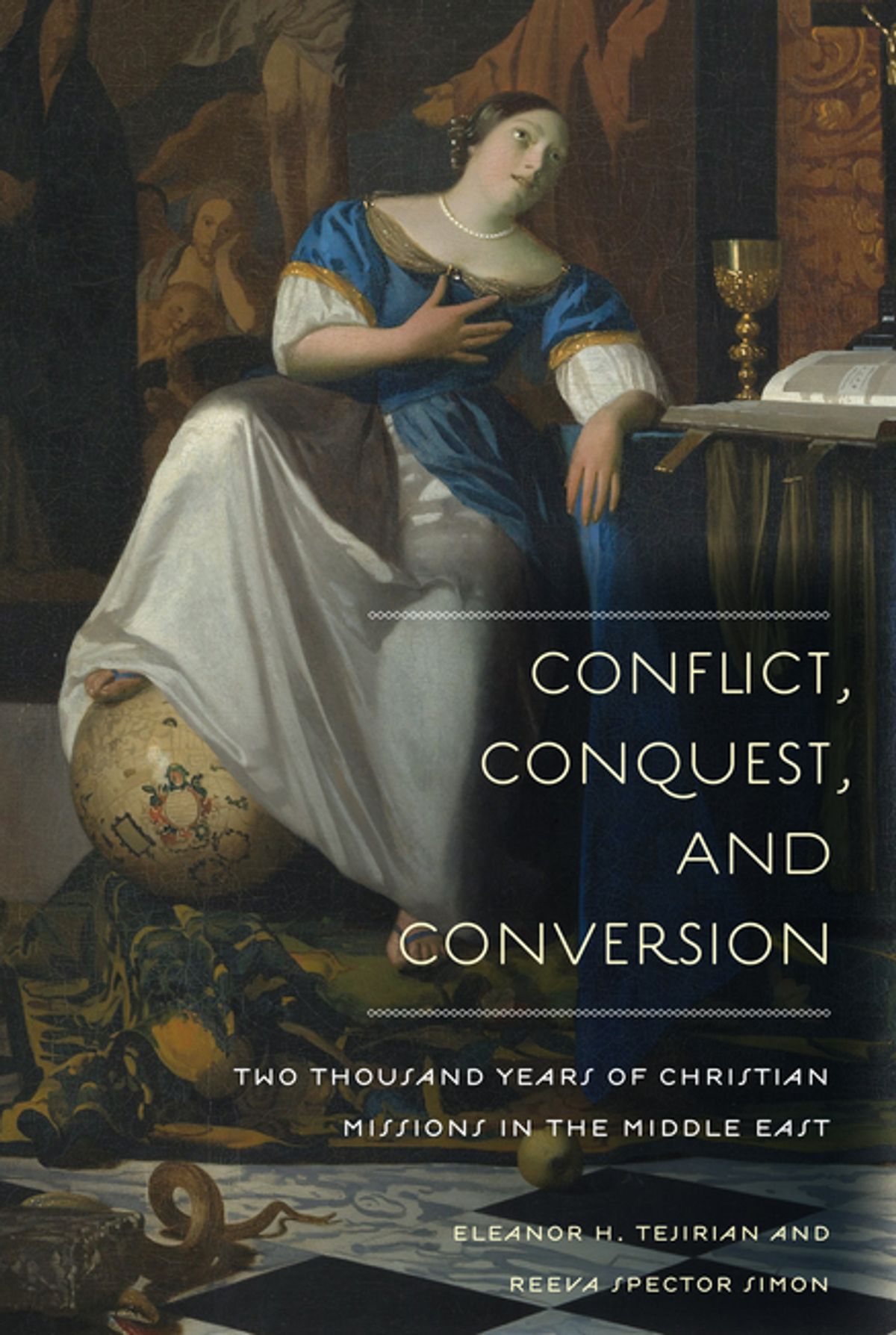 Chapter three investigates events after the fall of Constantinople in 1453 to the Muslims as well as how the Reformation affected Catholic and Protestant missions. Teijirian and Simon discuss the importance of vernacular movements—movements to translate and read the Scriptures in local languages—which, though controversial in the history of Western Christianity, were not an issue in the East.

Chapter four investigates the story of Protestant and Anglican involvement in the Middle East, including the role of the Great Awakenings in spawning Protestant mission societies. Societies like the American Board of Commissioners for Foreign Missions were instrumental in sending missionaries and establishing hospitals, schools, colleges, and later churches. Their work in this regard set numerous strategic precedents (and expectations) that continue to influence how evangelicals engage the various peoples of the region to this day.

Chapters five, six, and seven look at how missionaries got caught up in the political maneuvering of their birth nations and the detrimental effect on indigenous Christians in the region. Much of the discussion centers on the imperialist ambitions of European nations and on the effect the wars they waged with the Ottomans had on Christian activity. Needless to say, European involvement had a number of consequences for Christians residing in the Middle East during this period, and the authors spend considerable time discussing this topic. Of primary importance is an extended treatment of the factors, both political and religious, that led to the decimation of the Nestorian and Armenian communities in the late 19th and early 20th centuries. Much of this is interpreted to be the result of Ottoman reactions to European (i.e., Christian) involvement in the region.

The final two chapters discuss the breakup of the Ottoman Empire after World War I and how the creation of modern nation states in the Middle East, including the state of Israel, has shaped and continues to shape Christian missionary involvement in the region.

To say that scholars, historians, and politicians who focus on the Middle East have neglected the role and influence of Christian missionary activity on the course of events in the region is a huge understatement. For the most part, historians have tended to follow the interpretive conclusions of those working within the framework of Middle Eastern studies and view the Crusades as the quintessential paradigm for understanding and interpreting Christian interest and activity in the region. Unfortunately, Tejirian and Simon follow suit.

They perpetuate the idea that the First Crusade “established a paradigm” for Christian-Muslim interaction throughout the centuries (28). Indeed, this becomes the operative paradigm through which they interpret all subsequent (Western) Christian involvement in the region. But perpetuating this idea skews the diverse and theologically nuanced motives that have led Christians to expend their time, money, and lives in advancing the gospel among the various peoples of the region throughout history. Granted, this paradigm may be legitimate for interpreting the reasons some “Christians” became involved in the region; however, the book’s methodological flaw is that the authors apply this paradigm in a uni-directional fashion. They pay precious little time to investigating the complex interplay of action and reaction that has shaped Christian-Muslim relations since the emergence of Islam. Indeed, they fail to address (or even mention) Islam’s millennarian imperial aspirations, which have often been the primary source of Christian-Muslim violence over the centuries. Other scholars, like Efraim Karsh in Islamic Imperialism: A History (Yale, 2007) and Rodney Stark in God’s Battalions: A Case for the Crusades (HarperOne, 2009), have rejected many of these standard paradigms for interpreting Christian-Muslim relations in the Middle East and have demonstrated that the actual facts of history don’t always correspond to our preconceived interpretive frameworks.

In addition to these interpretive problems, Tejirian and Simon evidence un-nuanced understandings of Christianity and Islam throughout Conflict, Conquest, and Conversion. For example, in the introduction they make the misleading statement that Christianity and Islam are both “founded on the holy books of Judaism” (xi). They also assume Paul is behind the “universalization of the Christian message” (xi). In another place they include the Nestorians in a list of “Monophysite” denominations (62). They also mistakenly assume all Protestants who adhered to Calvin’s view of predestination (according to the Dordtian interpretation of Calvin) were uninterested in missions and that things didn’t begin to change until the views of Arminius gained more influence (70).

Methodological and interpretive squabbles aside, Simon and Tejirian have done a admirable job focusing on the past 2,000 years of Christian presence and witness in the Middle East. Their book should spawn more interest in the region and the role that missions has played in shaping the course of history.

Scott Bridger (PhD, Southeastern Baptist Theological Seminary) is associate professor of global studies and world religions at Criswell College in Dallas, Texas, and an adjunct professor of Islamic studies at various seminaries. He is fluent in both Arabic and modern Hebrew, and has a master’s degree in Arabic and Islamic studies from the University of Haifa, Israel. Bridger has extensive experience working with Muslims in several Arabic-speaking countries.