We live in a technology-saturated world, full of wonder and amazement about what will be developed next and how it will influence our lives. The rate of technological innovation is faster than ever, and it often feels like we’re just getting started. How should we respond to this whirlwind of change?

In his recent book, Braving the Future: Christian Faith in a World of Limitless Tech, Douglas Estes helps Christians navigate these challenges by providing a theological and philosophical approach to technology. The main thrust of his argument is that technology is a tool Christians must learn to wield with wisdom. We need to develop a rich theology as we move into the new technological frontiers of virtual reality, autonomous machines, gene editing, artificial intelligence (AI), robots, nanotechnology, and cybernetics.

Estes is an associate professor of New Testament and practical theology at South University in Columbia, South Carolina, a regular contributor to Christianity Today’s science channel, and the editor of Didaktikos, a journal for theological education. He is also a self-proclaimed tech optimist who believes that technology, when used properly, will improve our lives and lead to greater flourishing for our neighbors.

Estes approaches technology as a tool, not an active agent that has the power to form culture, mold human choice, and shape the future (39–40). Using this instrumentalist view, Estes shows how Christian theology provides a coherent worldview to navigate emerging technologies.

He does the reader a great service by explaining the often misunderstood concepts of materialism, pragmatism, humanism, and transhumanism in an accessible way using movies and stories to illustrate. Each chapter focuses on a single piece of technology, but his application often overlaps as he applies the doctrines of redemption, aseity, omnipotence, and omniscience to each.

He also wisely points out that we should pursue technological development with thought to the consequences (77–78). We must evaluate how these technologies might be used in sinful and dehumanizing ways. While we won’t be able to account for all possible uses, we need to make wise judgments for the wellbeing of others. We’re responsible for how we use technology, and we need to use it to love God and our neighbors. 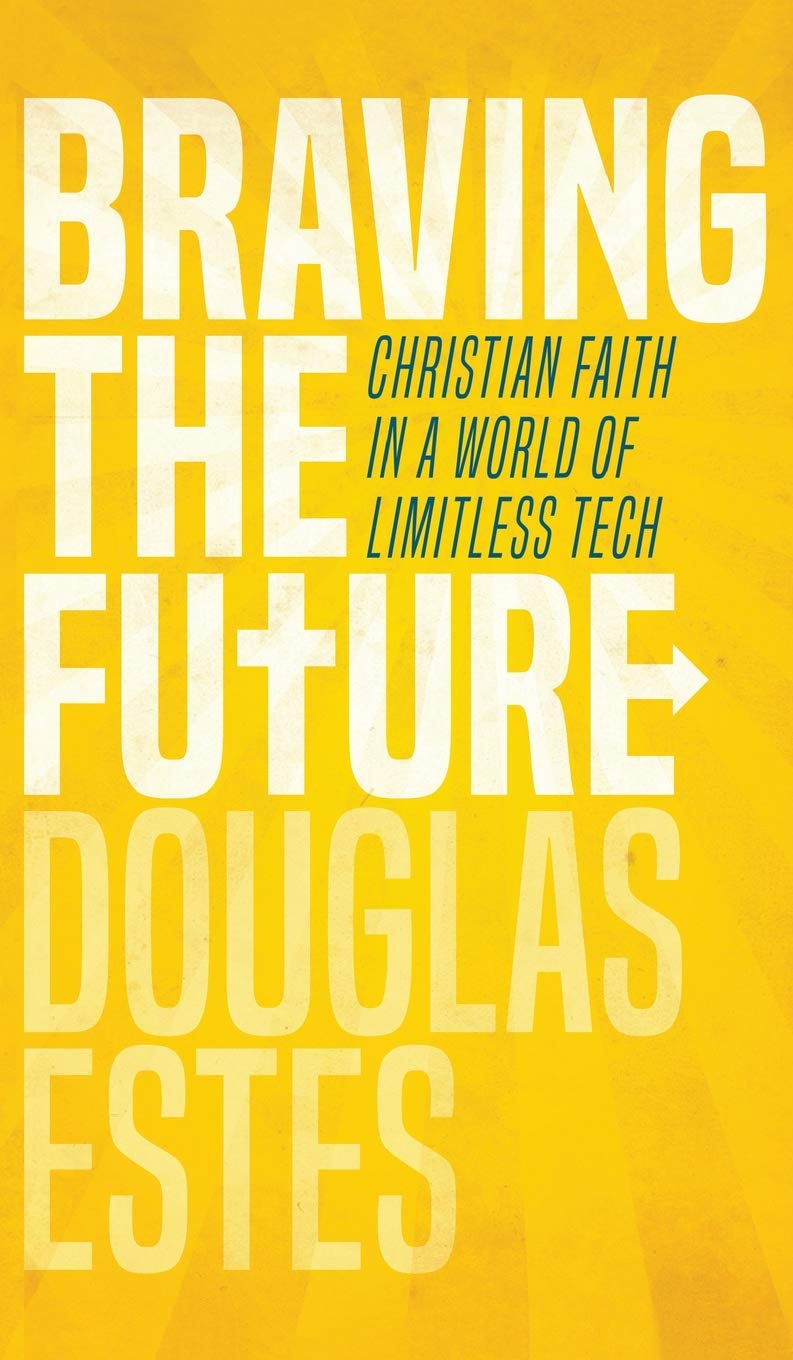 In Braving the Future, Douglas Estes equips Christians to thoughtfully and prayerfully prepare for a future of technohumanism. Drawing on Scripture, Christian tradition, and scientific literature, Estes offers a theology of work, creation, and personhood that is both prophetic and also sturdy enough to keep pace with the technology of a future as yet unknown. He helps readers choose trust in God over fearful retreat and following Jesus over uncritical engagement with technology. The future may not look exactly like a science fiction movie, but are we ready to brave a future of limitless tech and boundless change?

While there’s much to commend in this book, there are also some areas of concern.

Estes spends a good chunk of time on the controversial idea of the singularity. The singularity is a theory that artificial intelligence might become conscious or self-aware. Estes describes the singularity as “a possible event in the near future in which the power of technology approaches the infinite” (101). In theory, this general intelligence could become so powerful at such a rapid pace that it would take over our world and relegate humans to the dustbin of history. It’s still being debated whether the singularity is even possible.

Estes’s focus on the singularity overshadows the real concerns and moral implications that technological innovations, like artificial intelligence, already pose in society. Discussions about AI shouldn’t be relegated to future theoretical debates; it’s a topic Christians must engage now, because AI already can be used for good or evil. From advanced prosthetics enabling amputees to walk and the Uber that picks you up for work to controversial drone warfare techniques and even implicit racism found in automated home loan applications, AI is already disrupting our society. Christians offer our neighbors a framework to engage these technologies based in the image of God and human dignity.

If we wait until the singularity to honestly engage these topics, it will be too late. While Estes engages some of the current controversies surrounding artificial intelligence and emerging technology, the future-oriented nature of the book can give the false impression that the truly revolutionary technology is yet to come, instead of recognizing that it’s already sitting in your hand as you read this review.

Near the end of his work Estes describes a future in which human beings have become so connected to technology that we will fundamentally become less human. The language of “becoming less human” is interesting because Estes spends so much time providing a rich theological vision for technology and how we engage it. In an ironic twist, he seems to betray his own assertion that human beings are created uniquely by God and that our fundamental identity is being made in the likeness of God.

He describes this concept of “becoming less human” in his last chapter:

The more we use technology, and commit to technology, the more it makes us a little less human. By the time that we reach the singularity, we will have consigned our bodies to a synthetic biology that literally changes who we are, from the outside in. We will look different, we will take in information differently, we will think differently. If it goes far enough, we will barely be human. (195)

This passage took me by surprise, but it could be that he is describing our adoption of technology in a way that will shock the conscience into action. Regardless of intent, the assertion is false. No matter how advanced our technologies become, they will never be able to make us less human, because they aren’t able to change what God has created us to be, nor what he proclaims about our identity found in him. Being truly human is to exhibit the defining characteristics given by God in creation and to use our rational minds to create technology that enhances our lives, loves our neighbors, and glorifies God.

Overall, Estes has assembled a helpful framework for Christians to navigate our technologically rich culture, which he underpins with a theologically robust foundation. There are few Christians engaging the debate surrounding technology, especially with artificial intelligence. But while there is much to commend in this work, the vision cast for what technology is doing to us as individuals is a dangerous line of argument that easily devolves into portraying us as advanced machines rather than divine image bearers. We might try to merge with the machines, download our brains to synthetic bodies, or reach the singularity, but nothing will change how we’ve been created and the irreducible dignity that comes from being made in the imago dei.

Jason Thacker serves as associate research fellow and creative director for The Ethics and Religious Liberty Commission. He’s a graduate of The University of Tennessee and The Southern Baptist Theological Seminary. He’s the author of The Age of AI: Artificial Intelligence and the Future of Humanity (Zondervan, 2020). He’s married to Dorie, and they have two sons.