Born of a Virgin? queries this new provocative work by Andrew Lincoln, professor of New Testament at the University of Gloucestershire, England. Throughout the book, Lincoln endeavors to build a case from Scripture, church tradition, and biology suggesting that the answer is a firm but resolute “no.” Appealing to the diversity of Scripture in the hope that the “old conservative-liberal divide on the virgin birth be left behind” (302), Lincoln urges focus “on the incarnation rather than its means” and asks that he not be dismissed “as having retreated from orthodoxy and capitulated to rationalistic secular thought” (302). In fact, Lincoln hopes to convince readers that “the stance that has been advocated can be critically embraced, refined, and developed as part of the church’s ongoing attempt to be faithful in its interpretation and proclamation of Scripture and creeds for our own day” (302). To this end, he embarks on his mission: Reconceiving Jesus in the Bible, Tradition, and Theology.

Lincoln first looks at biblical references to Jesus’ conception besides the infancy narratives in order to show that virgin conception isn’t the only way in which the New Testament (NT) depicts Jesus’ origin. Second, he investigates Matthew and Luke’s accounts of Jesus’ birth in an attempt to discern the traditions behind them. Third, he discusses the development of the virgin birth tradition in subsequent Christian theology. Fourth, he explores various issues raised by the virgin birth tradition for contemporary thought with regard to Scripture, hermeneutics, Christology, and doctrine. In so doing, Lincoln’s major burden is to “indicate why and how the traditional doctrine of the virginal conception of Christ needs to be rethought in the light of serious biblical scholarship with its fuller understanding of both the genres employed by the biblical writers and the diversity of the perspectives of the biblical witnesses” (240).

Born of Woman, Born of David

With regard to Paul’s writings, Lincoln observes that the apostle speaks of Jesus as “born of a woman” (Gal. 4:4) and “born of the seed of David according to the flesh” (Rom. 1:3). Lincoln notes Mark’s silence concerning the virgin birth. He acknowledges John’s attribution of deity to Jesus but contends John didn’t assume the virgin birth in passages such as John 1:13 or 8:41. However, it’s precarious to contend, in an argument from silence, that John’s omission of the virgin birth proves his ignorance of it or disbelief in it. John omits references to many events in Jesus’ life, most likely because he assumes his readers’ familiarity with them from oral tradition or the earlier written Gospels. The relationship between Paul and the Gospels, likewise, is considerably more complex than one would know from reading Lincoln’s cursory treatment (see, for example, the work of David Wenham and Stephen Stout). After a mere five pages of discussion, Lincoln concludes neither Paul, Mark, nor John likely believed in the virgin birth, thus leaving “no other possible New Testament witnesses to the virgin birth apart from Matthew and Luke” (26). 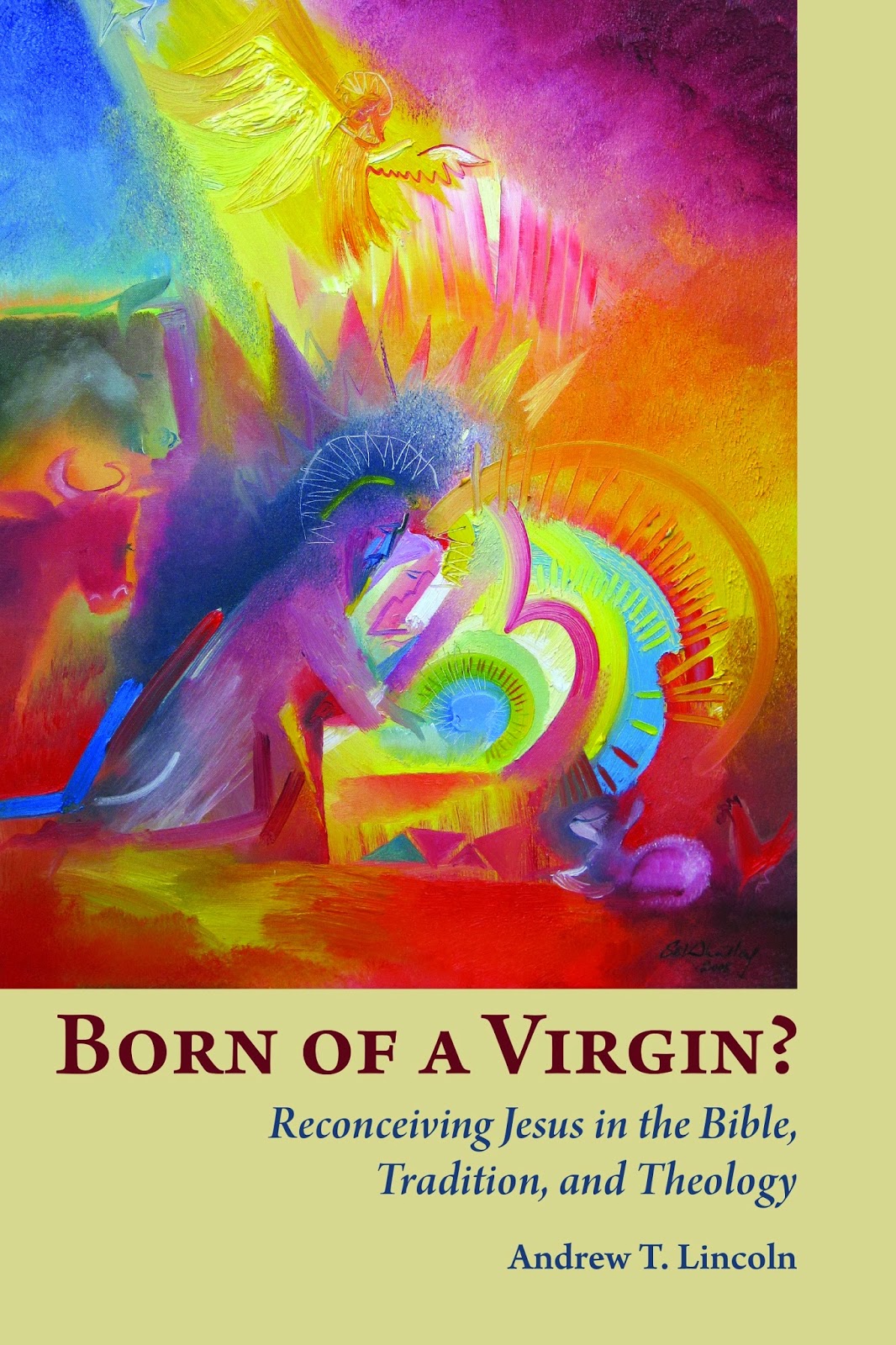 Born of a Virgin? Reconceiving Jesus in the Bible, Tradition, and Theology

Born of a Virgin? Reconceiving Jesus in the Bible, Tradition, and Theology

This point is important for Lincoln, since it allows him to argue the earliest witnesses knew nothing of a virgin birth that was only later introduced in the Christian tradition. The earliest witnesses, Lincoln contends, instead affirmed Jesus’ descent from David and therefore believed Jesus was conceived in Mary by Joseph. One of the difficulties of this view, however, is that it entails Joseph and Mary engaging in sexual intercourse during the betrothal period, which, as Matthew makes clear, was morally unacceptable in first-century Judaism. For Lincoln’s thesis to be correct, Matthew’s account of Joseph’s intent to divorce Mary because of her apparent sexual infidelity must be completely discredited. What’s more, Lincoln too readily dismisses the possibility that Jesus’ descent “from the seed of David” may entail recognition that having Joseph as his adoptive father meant Jesus could be considered part of David’s line even if Joseph weren’t his biological father. This point is rendered more plausible by the fact that Matthew’s Gospel affirms Jesus’ Davidic descent alongside his virgin birth.

When discussing the infancy narratives, Lincoln assumes a date of AD 75–85 for Matthew and Luke, not considering the possibility of Matthean eyewitness. He adopts a form-critical approach that presupposes the Gospels constitute the culmination of a lengthy transmission process (40). Unfortunately, Lincoln doesn’t interact with Richard Bauckham’s Jesus and the Eyewitnesses, which includes a compelling critique of this approach and argues for the prevalence of eyewitness testimony in ancient historiography, including the canonical Gospels. Lincoln contends Matthew and Luke’s conviction that Jesus was the Messiah controlled their presentation of Jesus’ birth, motivating their narration of a virgin conception. He also argues biblical traditions such as the stories of Moses and Samuel led the evangelists to frame their narrative in such a way that enabled them to demonstrate scriptural fulfillment in the events of Jesus’ life, including the virgin birth, and present him as Messiah.

Appealing to Greco-Roman biographical conventions, Lincoln adduces Plutarch who at times used “creative exposition of what he perceived to be the significance of his subject’s life” (59). Specifically, Lincoln cites Plutarch’s legendary accounts of the origins of Romulus and Remus as well as of Theseus as relevant background evidence for Matthew and Luke’s depictions of the virgin conception and birth of Jesus. However, these literary parallels don’t undercut the historicity of the virgin birth. More likely, Matthew and Luke employed current literary conventions while narrating actual historical events. This perspective is suggested by Luke’s reference to eyewitnesses, possibly including Mary, at the outset of his Gospel (Luke 1:3). For Lincoln, however, “invoking ancient biography with its ‘creative historiography’” enables us “to discern how far [the infancy accounts] have meaning that is not dependent on their factuality” (66).

In the end, Lincoln (barely) accepts the traditional reading that Matthew believed in a virgin conception and birth of Jesus (95), though Lincoln thinks such a belief was in fact mistaken. In Luke’s case, Lincoln discerns the coexistence of two diverse perspectives, virgin birth and paternity by Joseph. Probing “behind the New Testament,” Lincoln concludes that “the “balance of probabilities is against the virgin birth belonging to the earliest stratum of Christian memories about Jesus’ life”; instead, he views it as “a particular elaboration of affirmations about Jesus based on belief in the resurrection” (149). For Lincoln, the “diverse canonical witnesses” require “discerning those whose value includes more reliable historical memory and those whose value lies primarily elsewhere” (167). By making this distinction, however, Lincoln unduly dichotomizes between elements that are historical and elements that are theological in nature.

In a later chapter, Lincoln moves from “the diverse perspectives of the New Testament writings and of early traditions” to patristic, conciliar, and later formulations. He chronicles the virgin conception tradition’s rise to dominance but reiterates his view that “there was not . . . simply one version of the tradition about Jesus’ birth at the beginning of this process,” so that the growth of the doctrine of the virgin birth must be understood as “a change from a plurality of traditions to one of these becoming the normative tradition” (212). This approach bears an uncanny resemblance to the thesis of Walter Bauer, recently revived by scholars such as Bart Ehrman, according to which Christianity moved from early diversity to later, hierarchically enforced orthodoxy. However, the Bauer thesis has been shown to lack adequate historical support by works such as Andreas Köstenberger and Michael Kruger’s The Heresy of Orthodoxyand Darrell Bock’s The Missing Gospels.

Lincoln ultimately argues the notion of the virgin birth emerged only at a late point in the NT as a theological construct subsequently seized upon by those in the church who sought to cement their claim to Jesus’ divinity by affirming his supernatural conception in Mary’s womb by the Holy Spirit. According to Lincoln, however, the earliest and most primitive historical NT witnesses don’t affirm the historicity of the virgin birth.

Lincoln realizes that questioning the historicity of the virgin birth has significant implications, but he contends the issue isn’t nearly as far-reaching as some surmise. Once interpreters and preachers are freed from their undue preoccupation with the historicity of the event, they can begin to ask “the relevant central question: ‘How do these imaginative narrative construals of the beginning of Jesus’ life shape the convictions and life of the believing community in the midst of a world with different values?’” (252). According to Lincoln, the truth of the annunciation stories “does not depend on their being reliable historical reporting” (252). Readers may reasonably wonder if the same can be said of the resurrection. Would the apostle Paul really have conceded that the truth of the resurrection stories “does not depend on their being reliable historical reporting”?